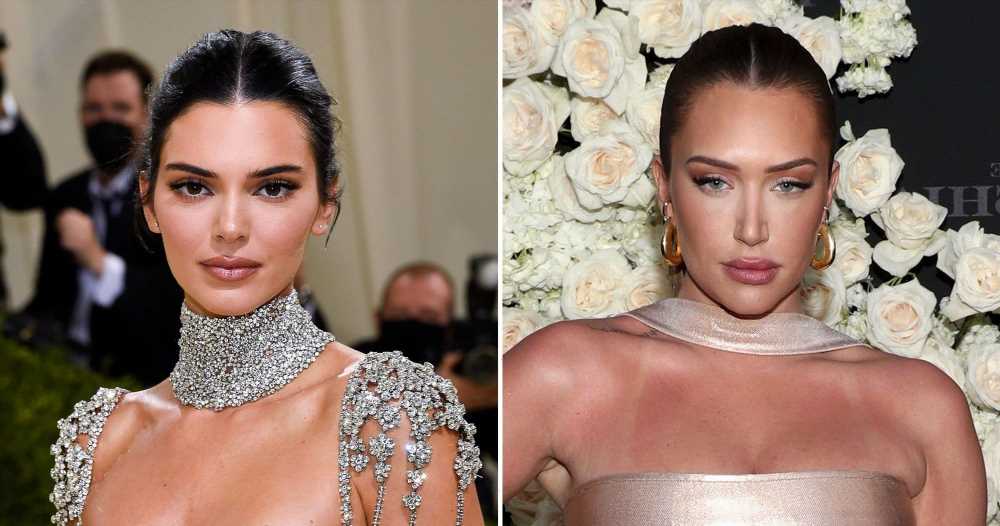 In the TikTok posted on Sunday, August 14, the influencer, 25, gathered with some friends to make “cucumber lime martinis.” Different angles in the video documented the various steps needed to make the drinks, including chopping slices of cucumber. Karanikolaou made sure to get a close-up for that step, which gave a nod to how Kendall awkwardly chopped the vegetable in a May episode of The Kardashians.

The reality star, 26, took note of the hilarious reference in the comments section, joking, “I’ve taught you well.” Hailey Bieber also chimed in with some laughs of her own, writing, “Lmfaooo.”

were back and were making Cucumber Lime Sunny Martini! 🥒🍸

Kendall first caught slack for the cucumber-cutting moment after a Twitter user re-shared a screenshot from the episode and called it “the most tragic thing I’ve ever witnessed.” Following the tweet, which went viral on social media, the 818 Tequila founder re-shared the photo and wrote, “tragic!”

The model continued to make fun of herself for the blunder a month later by posting a picture via her Instagram Stories of a cucumber and a knife on a cutting board, writing, “Here we go again.”

The California native admitted to lacking culinary skills during a Television Academy screening for The Kardashians in June.

“Watching it back, I was like, ‘Why did I cut it like that?’” she said during the panel discussion. “I literally was talking to [a chef] and I was like, ‘Can you help me? Can you teach me? What did I do wrong? How can I do better? Let me take it seriously.’” 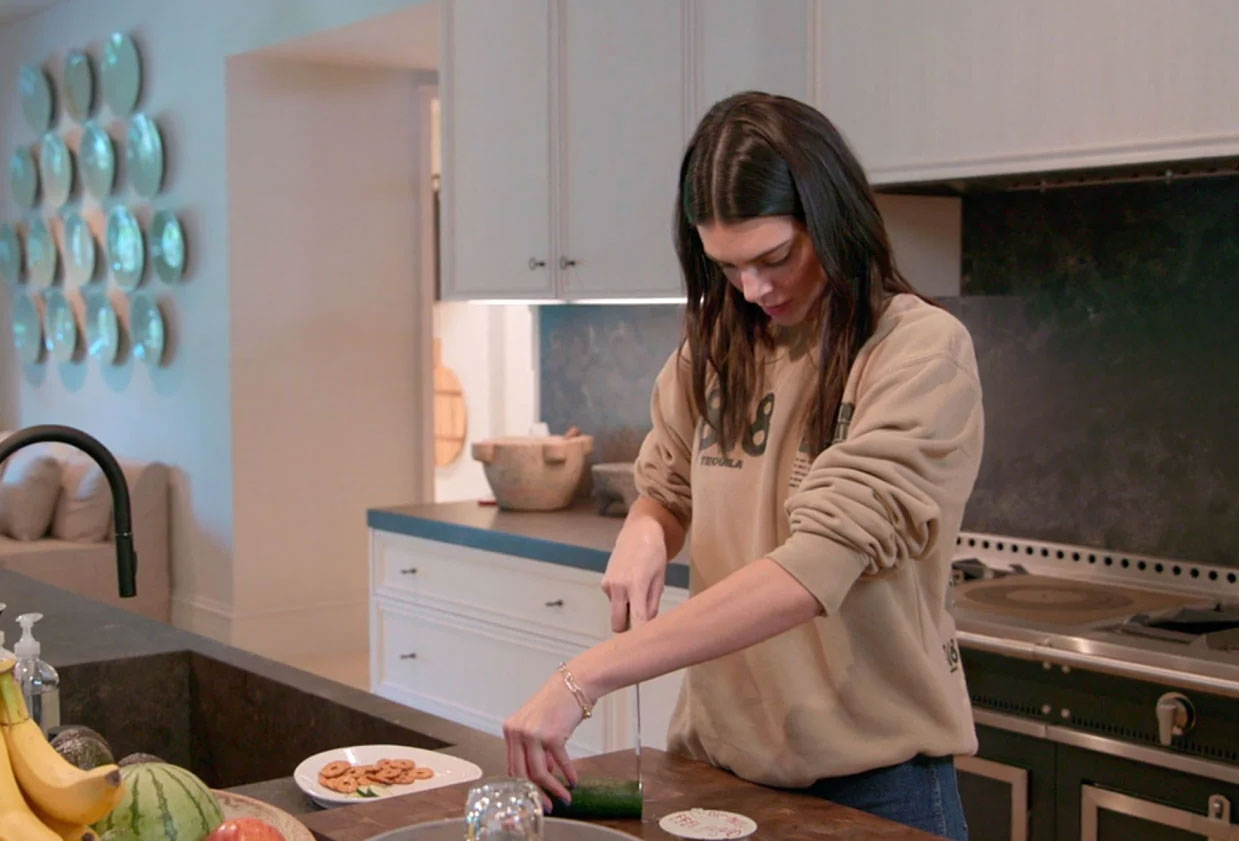 She added: “I think it’s hysterical and I love it, honestly. Because it couldn’t be more me. I am, like, a noodle with those weird things.”

Kendall’s sister, Khloé Kardashian, claimed that the alcohol entrepreneur had a different reaction after the internet called out her technique.

“She’s, like, not happy [about the video],” the Good American founder, 37, revealed in May during an episode of the “Not Skinny But Not Fat” podcast.

Kardashian noted that she immediately put her sibling in her place. “I’m like, ‘Kendall, God is fair. You’re the most beautiful human being in the world. You have wild looking toes, God bless. And you can’t cut a f–king cucumber. The world is good because … how can you be this f–king perfect? She has the perfect life.”

Adrienne Bailon and Israel Houghton Welcome a Baby Boy: "He Is Worth Every Tear"
Entertainment