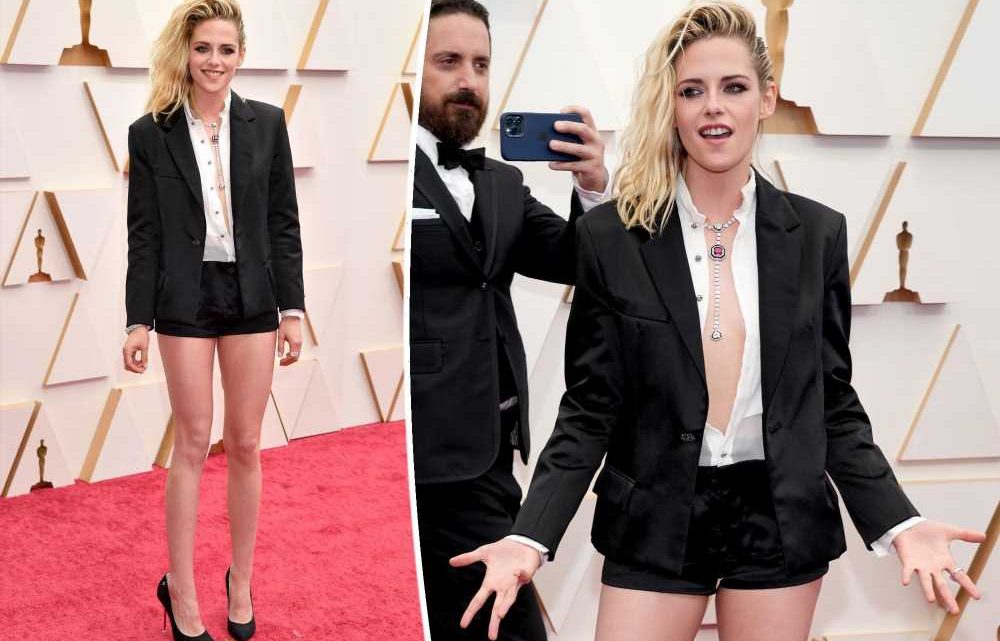 Timothée Chalamet goes shirtless (under a blazer) to Oscars 2022

Kristen Stewart is always one to buck the rules.

The actress turned heads on the Oscars 2022 red carpet on Sunday, wearing a custom suit by Chanel — featuring super-short shorts.

The bespoke black jacket, white chiffon blouse (unbuttoned to her navel) and black shorts were a bold change from the usual gowns seen at the Academy Awards.

Pairing her bold shorts suit with Chanel pumps and the brand’s “Ganse Noire Spinelle” diamond and onyx necklace meant to evoke a bolo tie, the Oscar nominee wore her hair teased to one side to add to her rock star vibe.

Only a few have dared to show their gams at the Oscars; Winona Ryder, Pharrell and Demi Moore are the only other stars who have ever worn shorts on the Oscars red carpet in the past. 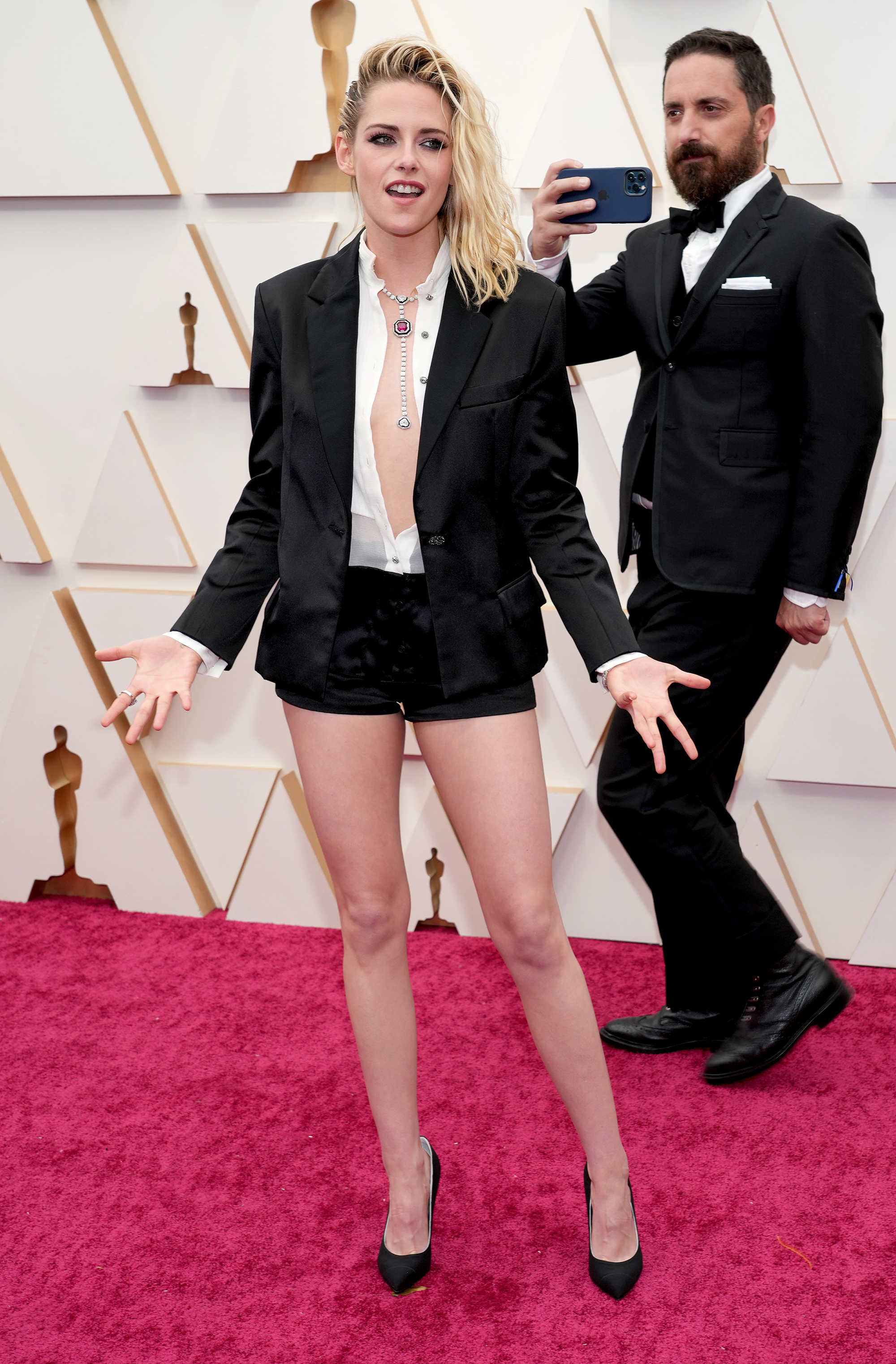 And the “Twilight” star — who has notably bucked the Cannes Film Festival dress code in the past, throwing off her heels on multiple occasions —was spotted taking her look even more casual; LA Times reporter Amy Kaufman caught Stewart changing into a cozy pair of socks and loafers after the red carpet.

Stewart, who is nominated for Best Actress this year for her portrayal of Princess Diana in “Spencer,” held hands with her fiancee Dylan Meyer as she walked the red carpet. 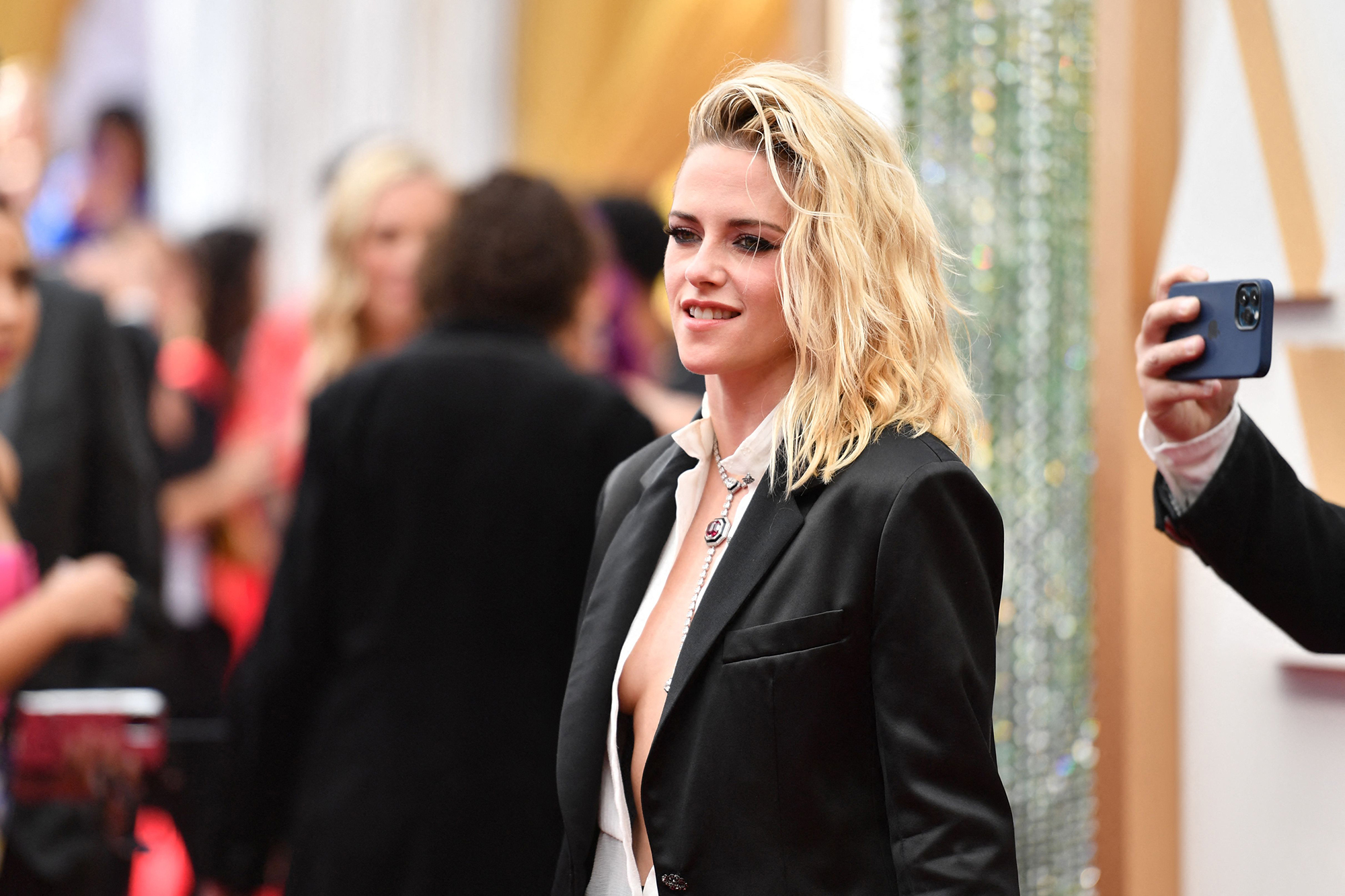 The “Twilight” actress is up against veterans like Nicole Kidman, Olivia Colman, Jessica Chastain and Penélope Cruz for the honor, and she expressed her awe at being included in the elite group.

“I never thought in a thousand years I’d be in the company of these four incredible women,” the “Snow White and the Huntsman” star told Entertainment Tonight, adding she was “speechless and humbled.” 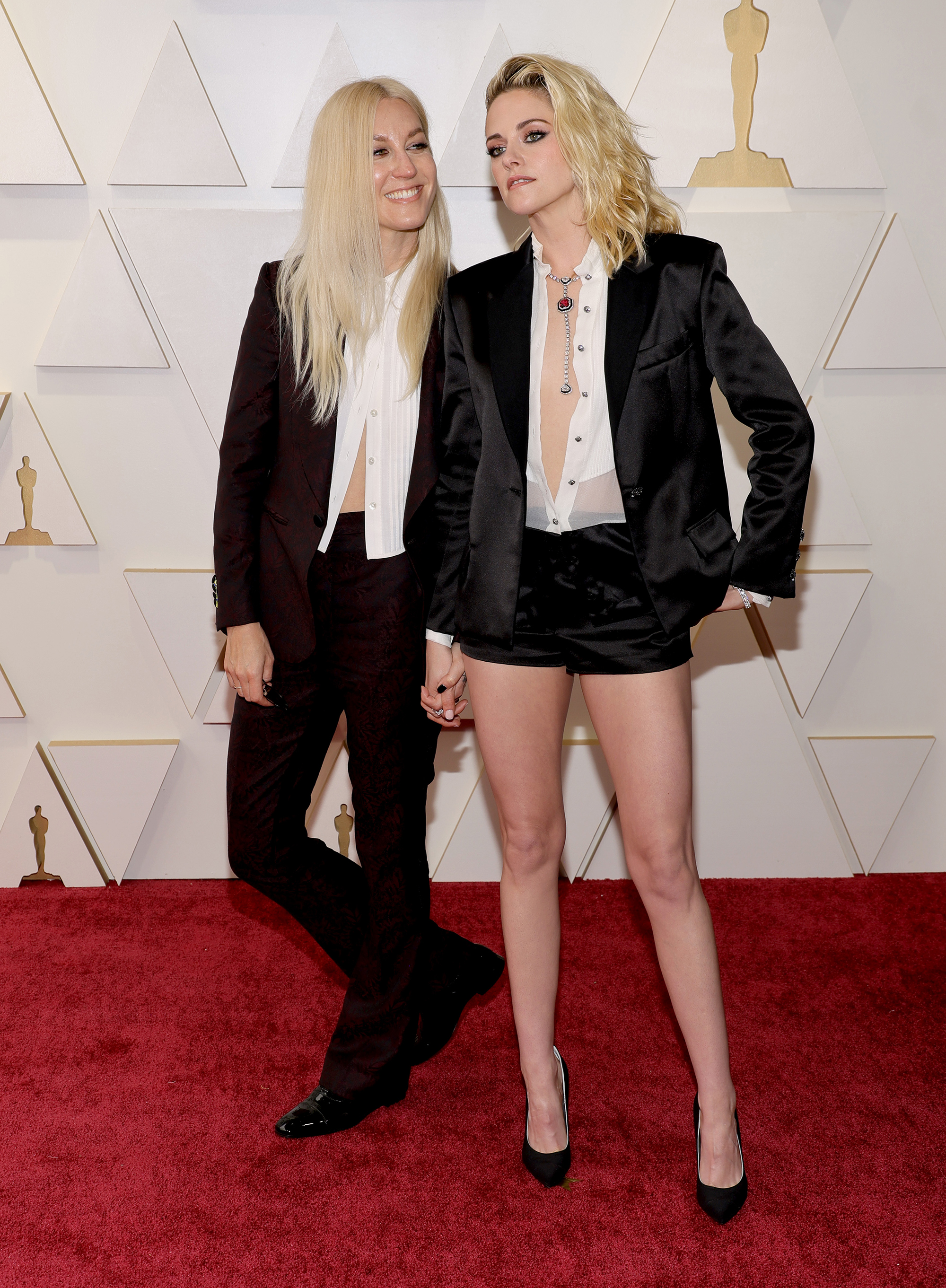 Stewart, who lost out on a Golden Globe for her role as Princess Diana, also told Entertainment Tonight that the late royal “was so good at touching those outside of herself.”

“That is a certain talent and connection and that’s what we’re doing and I think all of that was just the coolest thing,” she added.

Although she said she doesn’t “give a s—t” whether or not she wins tonight, Stewart certainly will remembered for her red carpet look.

'Bel-Air' Showrunner Responds to Online Hate for Carlton 2.0: 'All That Is Intentional'
Entertainment