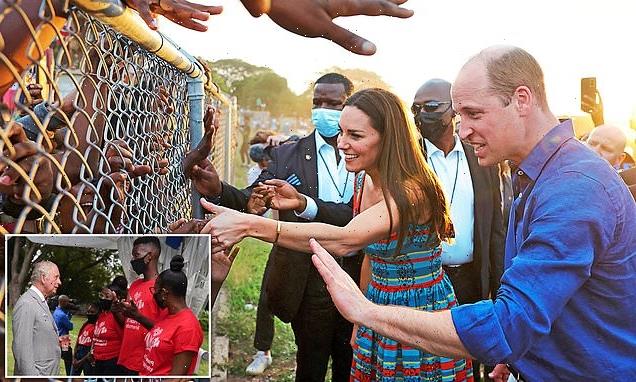 King Charles must not delay a tour of the Commonwealth, but capitalise on the wellspring of sympathy for the House of Windsor, writes leading historian ANDREW ROBERTS

There are some who have long enjoyed predicting the collapse of the Crown Commonwealth.

The death of Queen Elizabeth II, they suggest, makes it certain that almost all the countries that retain the British Monarch as their head of state will become republics.

They point to Barbados becoming one last November, even during the late Queen’s reign, and the stated intention of the Jamaican government to become a republic by 2025. 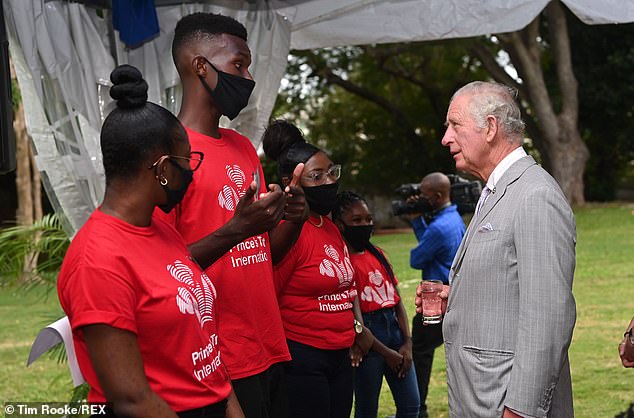 The death of Queen Elizabeth II, suggest [some], makes it certain that almost all the countries that retain the British Monarch as their head of state will become republics. They point to Barbados becoming one last November, even during the late Queen’s reign, and the stated intention of the Jamaican government to become a republic by 2025. (Pictured: King Charles on a visit to Barbados in 2021)

They confidently predict that during King Charles III’s reign, Australia and several other realms will break away, too. Yet are they right? I’m not so sure.

In fact, I see nothing inevitable about the demise of the Crown Commonwealth, a bulwark of freedom in an increasingly dangerous world.

Republicanism comes and goes. It became an issue in Canada during the 1960s and 1970s, in Australia in the 1990s, and as a result of the Black Lives Matter movement, the Windrush scandal and the slavery reparations issue, it is presently one in the Caribbean. 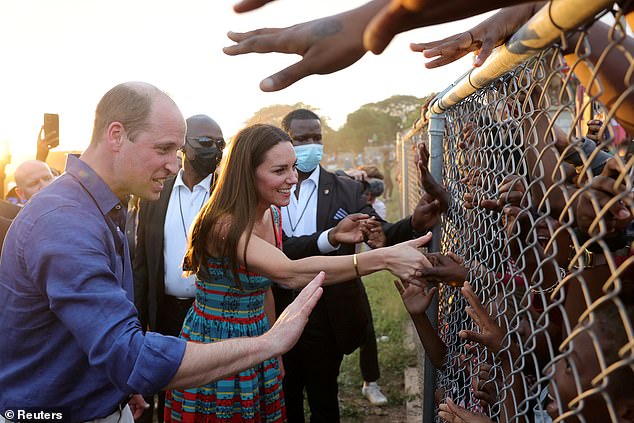 If the Crown Commonwealth countries of the West Indies wish to become independent, that’s entirely up to them, but they would be well advised to try to find a system of government that works better than their limited, constitutional monarchy. It won’t be easy. (Pictured: The Duke and Duchess of Cambridge drew criticism during their tour of Jamaica in March)

Yet the decision of the Barbadian government was profoundly undemocratic, taken only by MPs and not by a referendum of the people, despite it being so profound a constitutional change.

The Barbadian head of state was then similarly imposed by parliamentarians without the people being consulted.

Republicans, who are the first to complain that the British Monarch is unelected, tend to fall hypocritically silent when this kind of disgraceful gerrymandering goes on in nascent republics.

If the Crown Commonwealth countries of the West Indies wish to become independent, that’s entirely up to them, but they would be well advised to try to find a system of government that works better than their limited, constitutional monarchy. It won’t be easy.

According to analysis by the United Nations, more than half of the top 20 most free countries in the world are monarchies. The bottom ten are all republics.

The 55 to 45 per cent defeat of republicanism in the Australian referendum of November 1999 seems a long time ago now, but it is interesting to see how little the underlying circumstances have changed.

‘You ask when you are going to be free of the British Monarchy,’ the late Australian author Clive James told an audience in the country after the republican defeat.

King Charles III is particularly well equipped to deal with threats to the Crown Commonwealth and, with Queen Consort Camilla, he ought to embark on a tour of it sooner rather than later, to take advantage of the huge wellspring of sympathy and support that the House of Windsor is experiencing at the moment. 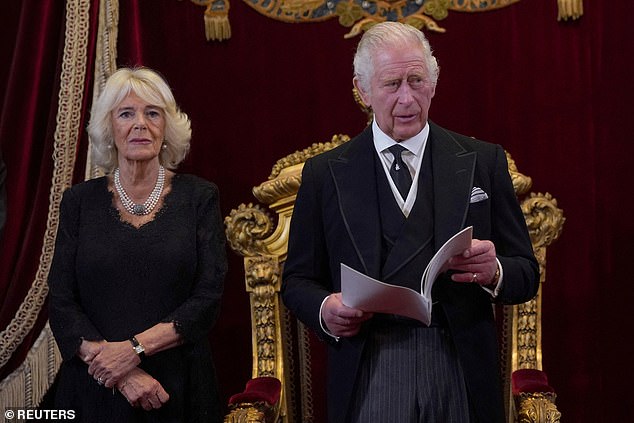 King Charles III is particularly well equipped to deal with threats to the Crown Commonwealth and, with Queen Consort Camilla, he ought to embark on a tour of it sooner rather than later

His diplomatic skills have been consistently underrated. He has a profound personal interest both in this nation’s place in the world and in the Commonwealth itself.

For years, he has attended the meetings of the Commonwealth heads of government in place of his mother, Queen Elizabeth. He is a realist, as he has been at pains to make clear.

But I am in no doubt whatsoever that he will be tenacious in fighting for her legacy. His well-judged speech on Friday, pledging that he will be a constitutional Monarch who will not interfere in politics, will strengthen the attractions to his realms of having a head of state who is above politics, who does his advising, encouraging and warning in private.

Yet even if every realm but the United Kingdom were to renounce the Monarchy, it would not affect the Commonwealth, of which King Charles is the head and in which 64 per cent of the countries are republics already.

Back in the 1970s, the Commonwealth was a basket case: nothing in common and no wealth, as the derisive old joke went. Full of vicious dictatorships and kleptocratic regimes, it had become an embarrassment on the world stage.

Largely due to the efforts of Elizabeth II, however, by the mid-1990s it was once again a force for good in the world. Today it is more than that.

Increasingly threatened by the sinister global ambitions of the Chinese Communist Party, the Commonwealth is proving an invaluable part of the free world. Its 56 member countries are not all former territories of the British Empire.

And today its 2.6billion people constitute a third of the world’s population, who live across one-fifth of its land mass.

Those who constantly want to put Britain’s past on trial ought instead to look to the wider vision of the Commonwealth, Britain’s vibrant modern legacy.

The denigration of the British past proved an insufficient reason for Australia to vote for a republic in 1999, and that was when that past was almost a quarter of a century closer than it is today.

By October 2011, the Australian prime minister Julia Gillard, herself a republican, was welcoming the Queen to Australia as ‘a vital constitutional part’ of Australian democracy.

The parallels with Brexit are obvious. Today, opinion polls show that a large number of young Australian radicals consider the Monarchy republic debate to be ‘irrelevant’ compared to the issues of climate change, indigenous rights and sexual harassment.

Because the republican campaign has no minority grievance to inspire new generations of activists, and does not slot into the victim-oppressor model of woke politics, it is widely seen as outdated.

Meanwhile, for many non-political Australians, William and Kate, the new Prince and Princess of Wales, present the modern face of an ancient institution. 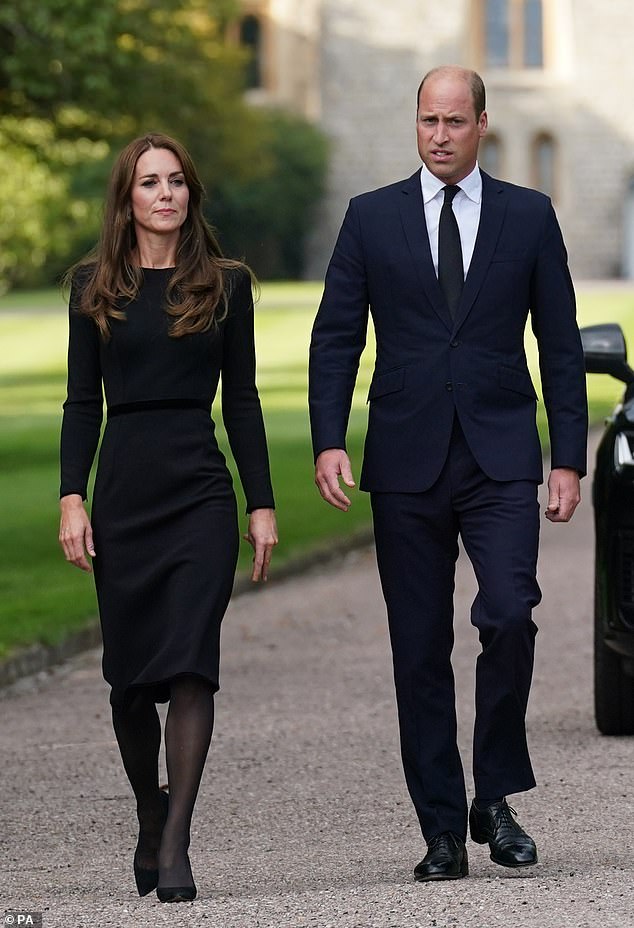 Meanwhile, for many non-political Australians, William and Kate, the new Prince and Princess of Wales, present the modern face of an ancient institution

When the Cambridges, as they then were, visited Australia in April 2014, opinion polls showed that 60 per cent of 18 to 24-yearolds were opposed to a republic.

For millennials, then, Australian republicanism is an idea whose time has gone.

A brilliant forthcoming book, The Enduring Crown Commonwealth by Michael Smith and Stephen Klimczuk-Massion, sets out how the Australian constitutional monarchists such as former prime ministers John Howard and Tony Abbott convinced ordinary Australians that it was in their interests to retain the tried and proven status quo.

With King Charles having famously always been a passionate environmentalist when he was Prince of Wales – indeed a leader of the movement long before the phrase ‘climate change’ even came into common parlance – his popularity among Australians is only likely to rise. 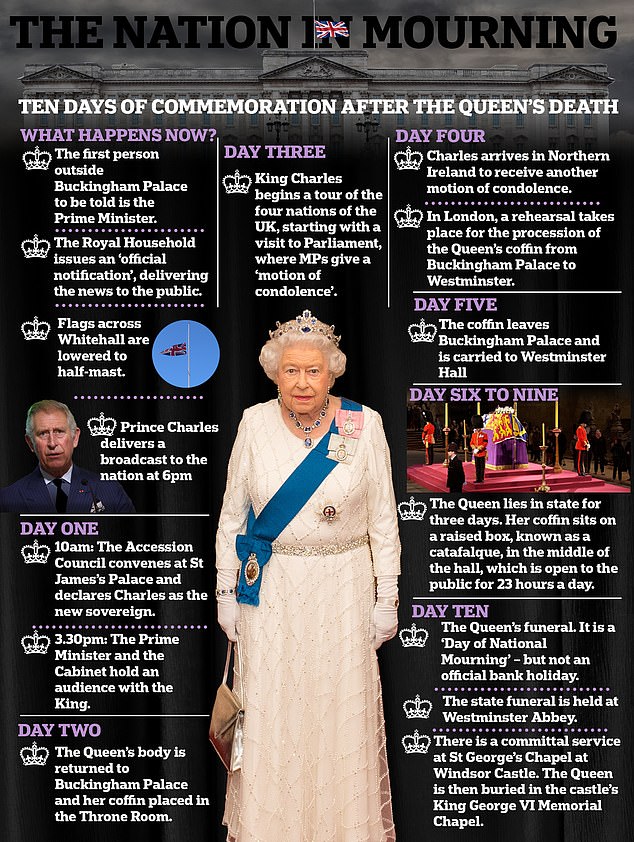 The embarrassments of the Lady Di era are now a quarter of a century gone and Queen Consort Camilla is the kind of no-nonsense person who Australians like, since they tend to be straight speakers themselves.

Whatever might happen in Jamaica, where the government is stoking up resentments that frankly have nothing to do with the Royal Family and also ignore the profound constitutional issues at stake, if Australia stays among King Charles’s realms it is very unlikely that New Zealand and Canada would leave either, let alone the smaller territories in the Pacific and elsewhere.

Far from assuming a republican victory over the coming years, therefore, right across the Crown Commonwealth there is still everything to fight for.

And in King Charles III we have the man to lead the charge.

I wouldn't swap plane seats so a family could sit together, people with kids get enough perks | The Sun

‘Long and happy years to reign over us’: Charles III proclaimed King of Australia
Entertainment