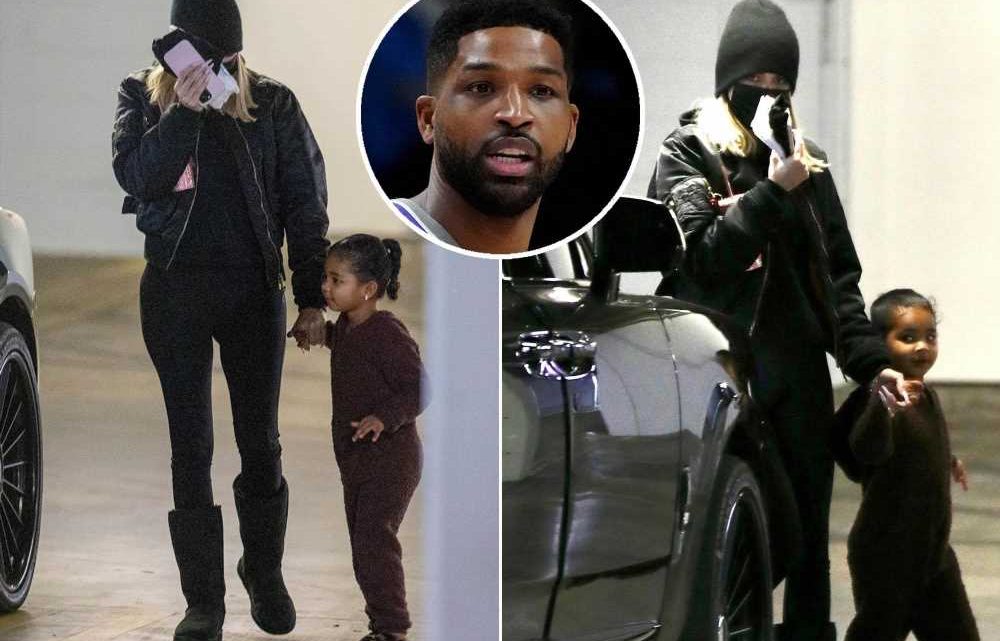 Khloé Kardashian attempted to keep a low profile Monday in her first sighting since ex Tristan Thompson admitted to fathering a third child.

The Good American co-founder was photographed with daughter True after picking the 3-year-old up from a dance class in Los Angeles.

Kardashian appeared downtrodden dressed in black head-to-toe, including her mask. Upon noticing the paparazzi, the former “Keeping Up With the Kardashians” star used her phone and other goodies to conceal her face.

Kardashian, 37, has yet to publicly respond to the Sacramento Kings player’s apology, in which he attempted to atone for his “humiliation” of her after impregnating fitness model Maralee Nichols while dating the reality star.

“I sincerely apologize to everyone I’ve hurt or disappointed throughout this ordeal both privately and publicly,” Thompson, 30, wrote on his Instagram Story on Jan. 3. 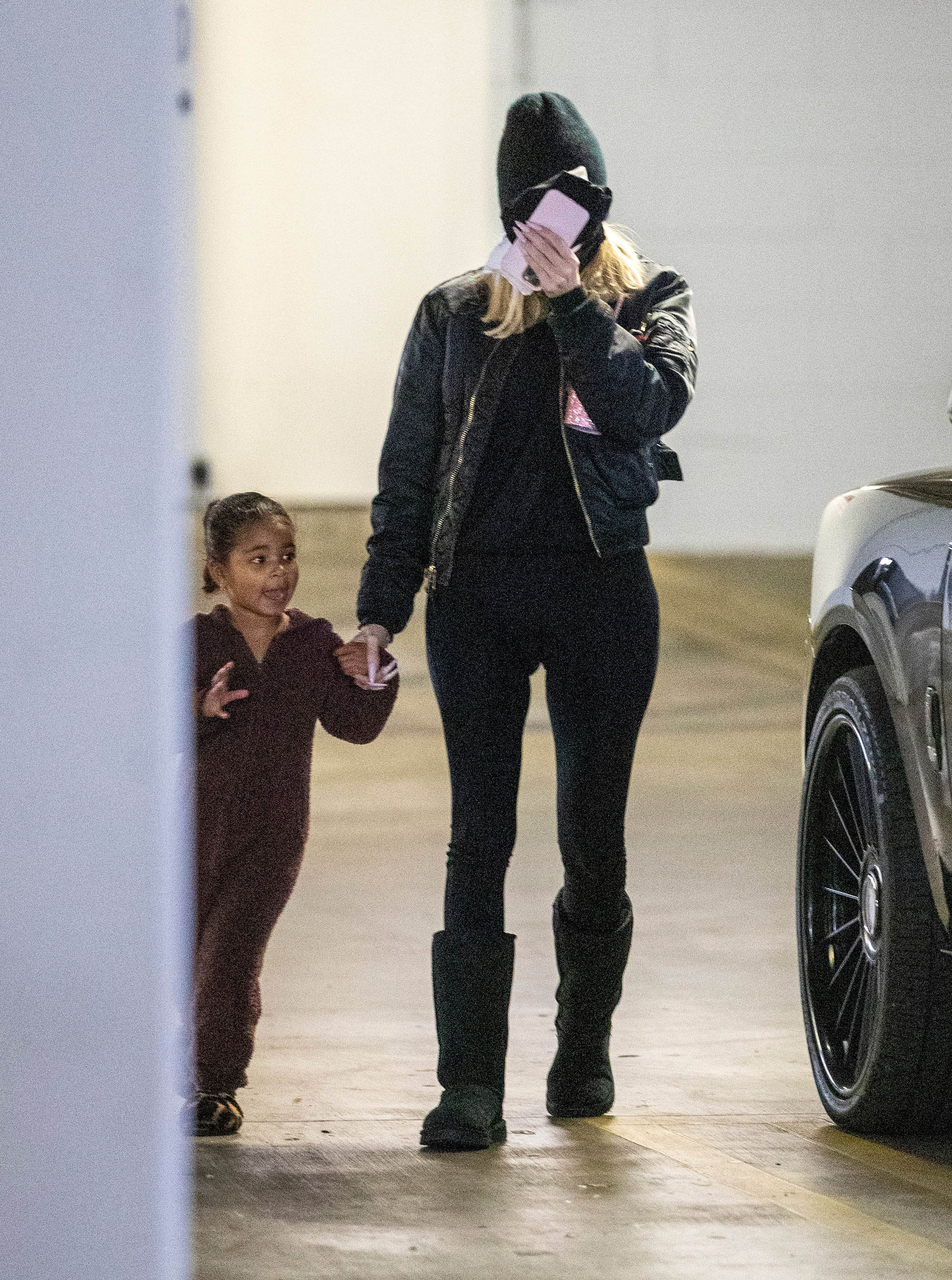 The NBA player went on to say that his actions “certainly have not lined up” with his personal view of the former E! star.

“I have the utmost respect and love for you. Regardless of what you may think,” he added. “Again, I am so incredibly sorry.”

Khloé’s sisters Kim and Kourtney Kardashian showered her with support shortly after the public admission, with the Skims founder, 41, posting a photo of Khloé and the Poosh creator, 42, sending her a massive bouquet of flowers; however, there was one person who missed the #TeamKhloé memo: Corey Gamble. 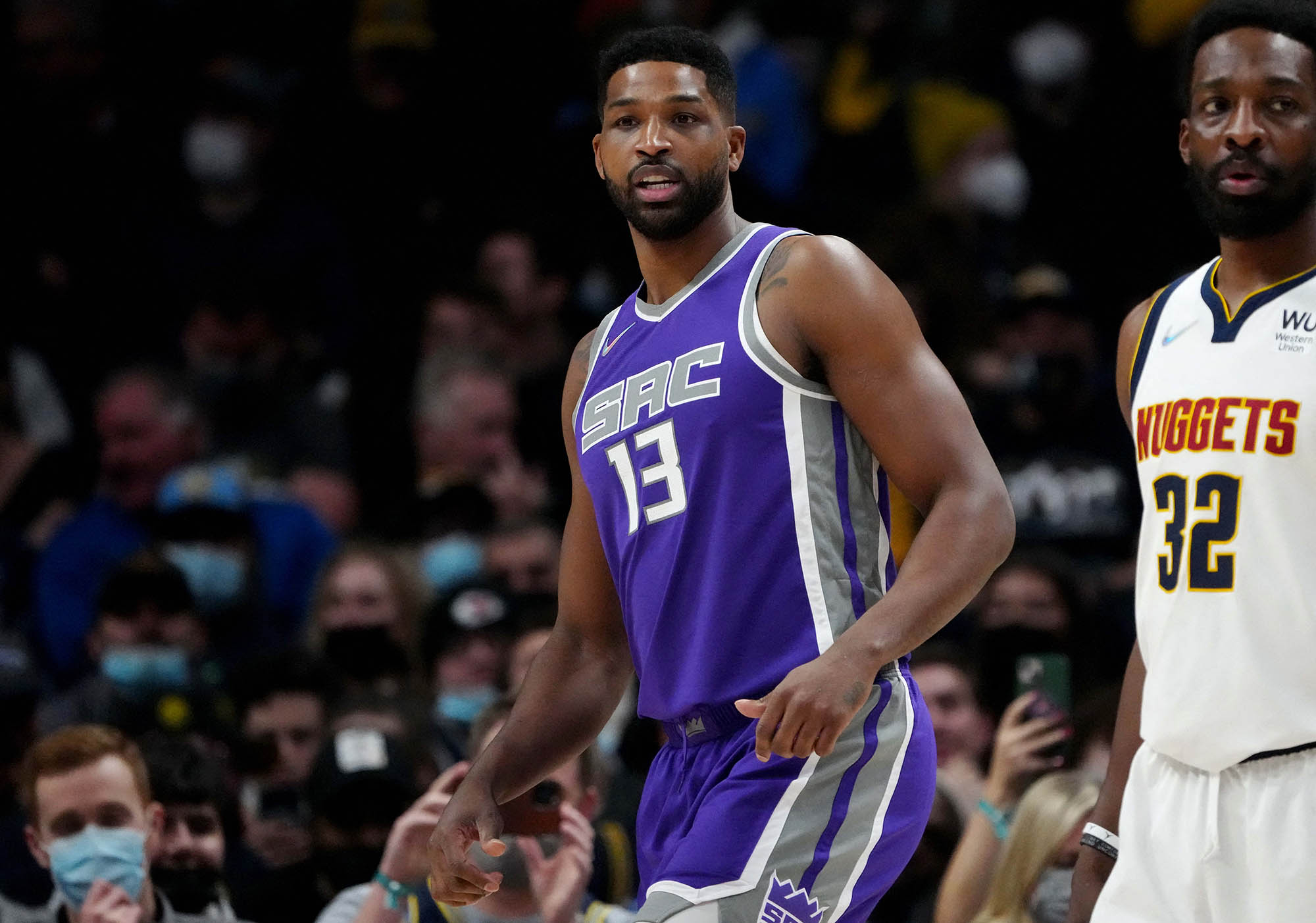 Momager Kris Jenner’s longtime boyfriend, 41, appeared at Thompson’s basketball game just days after the stunning admission and even flaunted his jersey in front of the paparazzi.

It’s unclear if the gasp-inducing move landed him in the Kardashians’ doghouse.