Katie Couric dines at Serafina ahead of Savannah Guthrie sit-down

Katie Couric back on ‘Today’ to promote bombshell memoir

Katie Couric banned from promoting her book on CBS

Katie Couric made an awkward return to the “Today” show Tuesday — ripping her disgraced former co-host Matt Lauer as “disgusting” and “abusive.”

Couric, 64, smiled nervously as Savannah Guthrie quizzed her about her new book’s “snark” and “brutally honest” put-downs, including attacks on former colleagues on the NBC morning show that she was on for 15 years.

Couric insisted the attacks have “been wildly misrepresented” — except for those against Lauer, who’d been her TV partner there for nine years.

She said it was “really, really hard” when her one-time beloved pal started getting accused of sexual misconduct, leading to him getting booted in November 2017.

“It took me a long time to process what was going on, because the side of Matt I knew was the man I think you all knew: He was kind and generous and considerate, a good colleague,” she recalled.

“As I got more information and learned what was going on behind the scenes, it was really upsetting and disturbing,” she said.

She “did some of my own reporting” and “really tried to excavate what had been going on.”

“And it was really devastating, but also disgusting.,” she seethed. 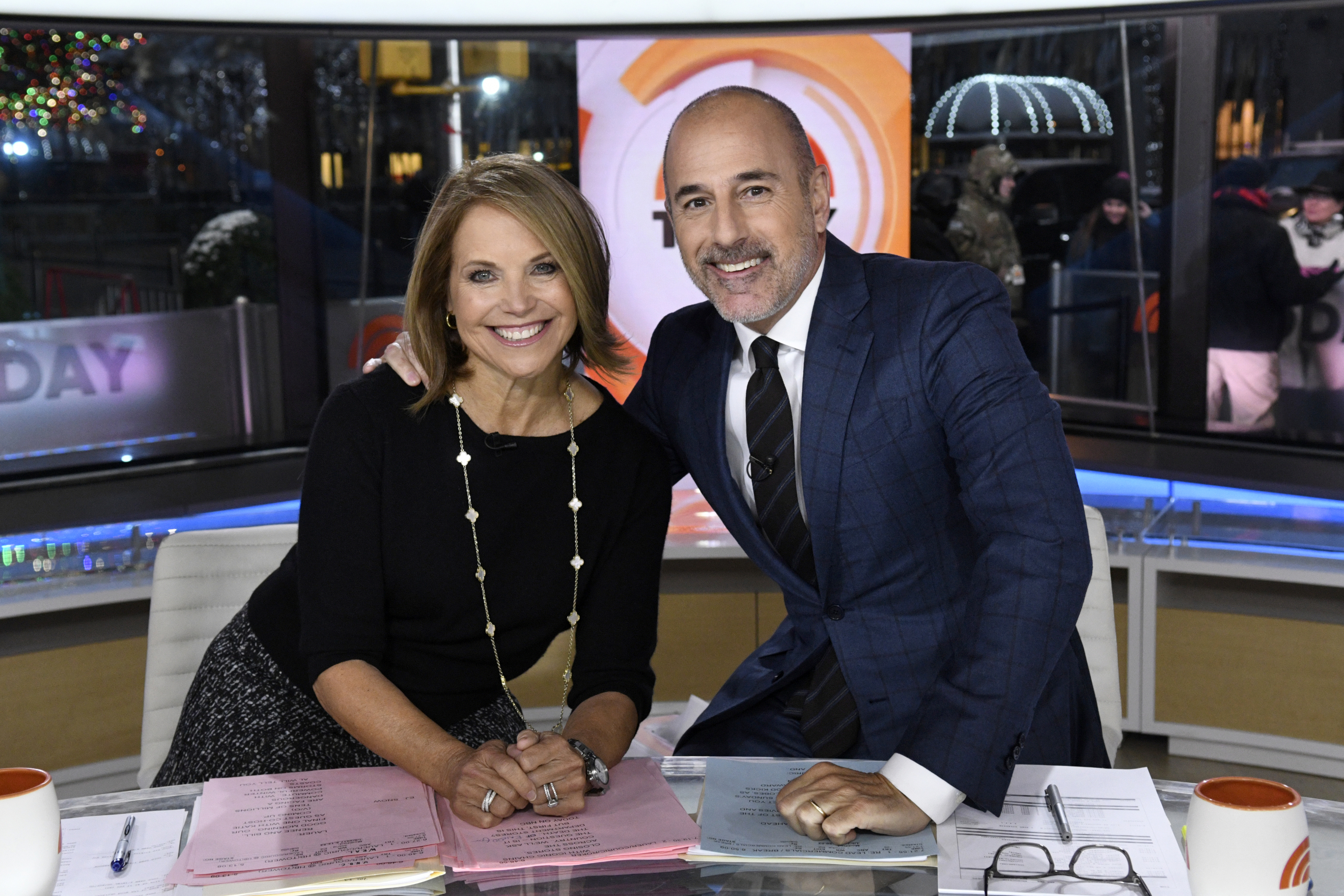 “What I realized is there was the side of Matt I never really knew. And I tried to understand why he behaved the way he did — and why he was so reckless and callous and honestly abusive to other women,” she said.

Now, the two “have no relationship,” she insisted.

Noting the “seismic societal changes” she has lived through, she also defended her admission in her book that she was unwelcoming to “charismatic female correspondents” in a bid to “protect my turf.”

“I think I just wish that maybe I had extended myself more and shown people the ropes a little bit more. But I think when people are outwardly kind of vying for your job, it is hard to be generous,” she said.

She said it was part of her aim to “share the messy parts” of her life and career, including her controversial decision to remove part of a Ruth Bader Ginsburg interview to “protect” her.

Guthrie told the former host that she’d not used “that objectivity that’s so important to us journalists,” even asking if it “undermines journalism at a time when reporters are under attack for bias like that.”

Couric instead said that she’d only made the revelation in her book to “be transparent about the decisions we make,” admitting that the conclusion might be that “maybe that wasn’t the right one.”

“Ultimately, I think I should have included it,” she said of RBG’s cut comments about kneeling during the national anthem.

“What I wish I had done is asked a follow-up to clarify, or just run it and let her clarify it later,” she admitted.

Couric insisted she was “comfortable” that her book was showing “all sides” of her life.

“I’ve had huge successes — I’ve had some pretty public failures too. I’ve embarrassed myself — I’ve been proud of myself,” she told Guthrie.

Meghan McCain: Joy Behar 'Humiliated' Me, Made Me Cry on 'The View'
Entertainment