Kathy Hilton explains her tablecloth couture: ‘I was roasting’

Why is Kathy Hilton wearing a tablecloth?

Kathy Hilton once called security when Nicky borrowed her diamonds

Kathy Hilton is ‘fessing up about her wardrobe malfunction.

As Page Six Style exclusively reported on Wednesday, the “Real Housewives of Beverly Hills” star stopped by Craig’s in LA wearing a pink plaid dress — and left wearing a white tablecloth from the restaurant, which she fashioned into a toga-like gown.

After fielding tons of inquiries from friends and fans asking, “What’s the dealio?,” Hilton, 62, turned to Instagram Live on Thursday to “spill the tea directly to you,” she said.

Hilton explained that earlier in the day, she co-hosted the annual Christmas in September charity event with daughters Nicky and Paris at The Abbey in West Hollywood, where she got a bit overheated.

“It ended up being an incredibly large turnout, which was unbelievable, it was overwhelming, it was very exciting — it was crowded,” she said. “It was so hot, and I was on stage actually participating for two hours in the auction. I was roasting and roasting and roasting.” 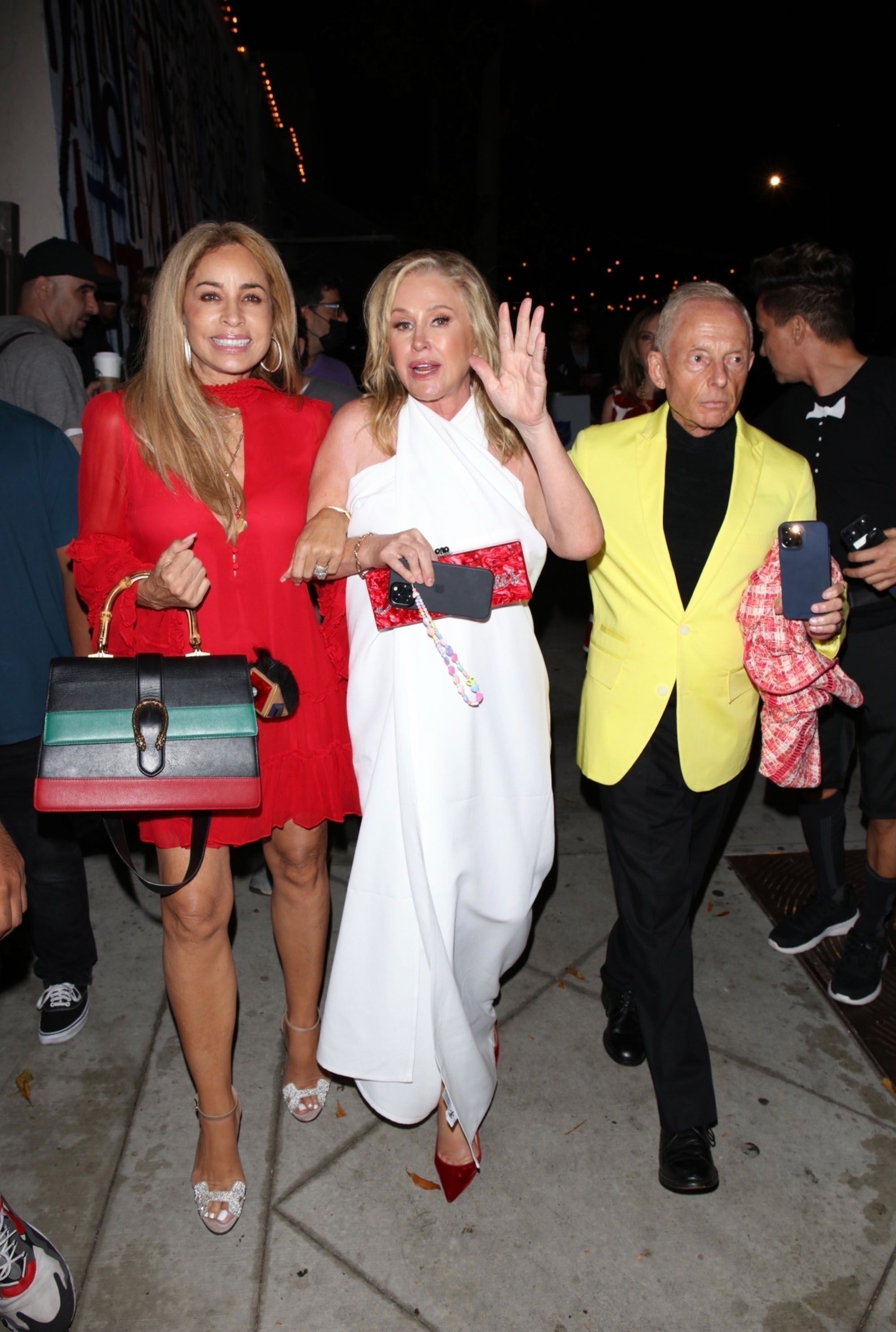 Her dress for the event, she added, was made of wool — perfect for an actual winter party, but not so much for a hot September day in Los Angeles.

“The whole thing was literally sticking to me,” Hilton said, showing the wrinkled inside lining of her festive garb.

Enter friend Vera Serrano — not fashion designer Wang, as the star joked on Wednesday night — who turned a tablecloth from one of LA’s glitziest restaurants into a dress that was “like a sarong in the South of France.” 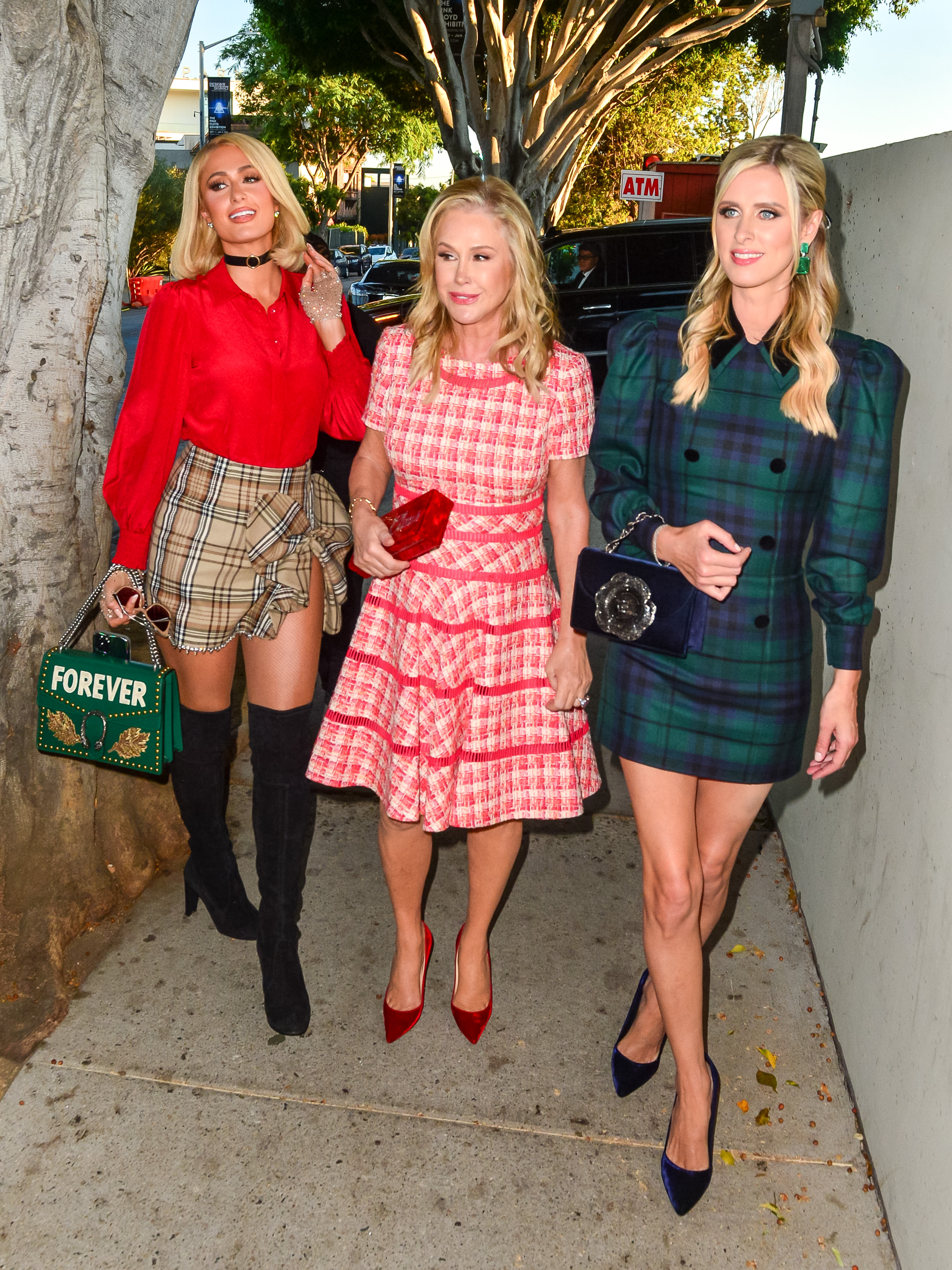 “It was either that or Hunky Dory would just have to go home,” Kathy joked, referencing the Bravo moment when she mistook the phrase for a person’s name. “What can I tell you, I didn’t have my fan with me and Hunky Dory was roasting.”

The mishap caused a huge stir on social media, but Paris and Nicky were supportive of their mom’s quick change.

“RHOBH” co-star Garcelle Beauvis, who was at the charity event, said, “You look gorgeous” while friend Elliot Mintz — who dutifully carried Hilton’s original dress out of the restaurant — said, “it was a creative wardrobe transition and might set a fashion trend.”

Perhaps restaurant accessories will be the new Jovani.