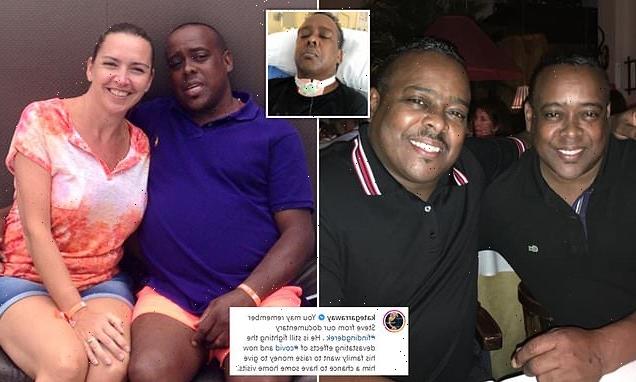 Kate Garraway reveals DJ Steve Laviniere, 57, whose Covid battle featured in her documentary Finding Derek, is still in hospital after the virus sparked a brain injury – as his family crowdfund to get him home

The family of a Covid-stricken DJ who appeared in Kate Garraway’s ITV documentary, Finding Derek, have revealed they’re now crowdfunding to try and enable him to spend some time away from hospital.

Steve Laviniere, 57, and his twin brother Bobby, popular London house music DJS, first contracted the virus on March 7th last year after playing a gig in Madrid and were put on ventilators.

While Bobby was taken off the ventilator after seven days and took two months to recover from the virus, Steve suffered multiple organ failure and inflammation of the brain and remains in hospital.

This week, Kate Garraway shared details of a Ministry of Sound fundraising night and a Go Fund Me crowdfunding campaign – as his family hope to raise enough funds to allow some home visits. 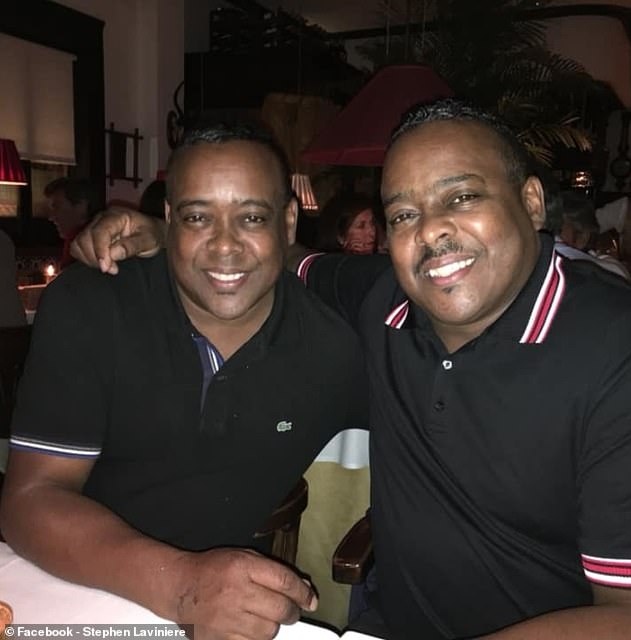 Twins Bobby and Steve Laviniere, 57, (pictured left and right) who are both DJs from Redbridge, East London, contracted the virus in March last year after a gig in Madrid and were both put on ventilators. While Bobby recovered, Steve remains in hospital – and his family have now started a crowdfunding campaign – raising £25,000 so far – to try and get him home 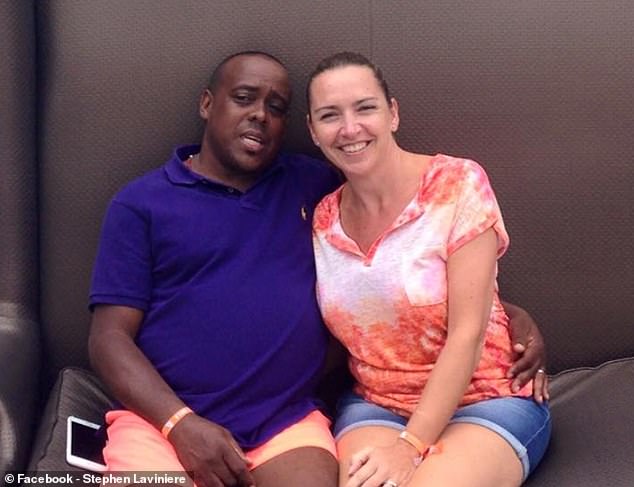 Happier times: Steve with his wife Julie before he fell ill – the House music DJ suffered multiple organ failure and inflammation of the brain; his family hope he can return to his home for visits if they can raise enough money 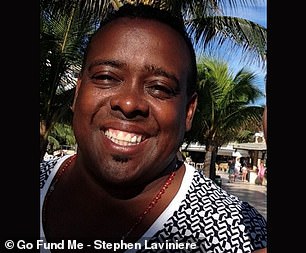 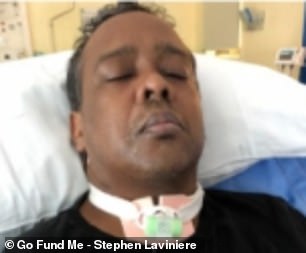 The London DJ before he fell ill, and right, a photo of Steve posted on the family’s Go Fund Me page showing him in a nursing home where is receiving ongoing care

Steve remains one of Britain’s longest-running Covid patients and the possibility of a full recovery remains uncertain.

TV star Garraway, whose husband Derek Draper has had his health shattered by Covid and is now being cared for at the family’s home, won a National Television Award for the documentary Finding Derek.

Writing about the Laviniere family’s plight, she said: ‘You may remember Steve from our documentary #findingderek.

‘He is still fighting the devastating effects of #Covid and now his family want to raise money to give him a chance to have some home visits.’

A Ministry of Sound evening that included a celebrity DJ line-up that included Norman Jay and Trevor Nelson took place on Sunday evening. 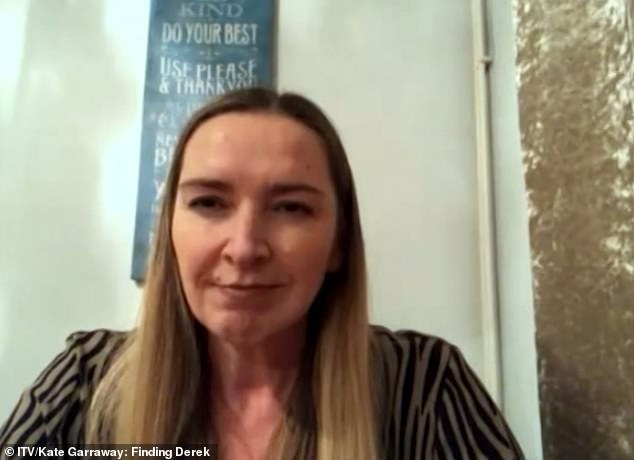 Appearing in Kate Garraway’s ITV documentary Finding Derek, Julie Laviniere, the wife of Steve Laviniere, who is one of the UK’s longest-running Covid patients, discussed how the virus has torn apart their lives

In an emotive message on the fundraising page, a message from Steve’s twin Bobby reads: ‘There is no medicine to repair this condition, however Steve is a fighter and receiving the best care possible so we are confident that Steve’s condition will improve in time.

‘When the time is right, we know Steve will benefit from being at home with Julie and all our family surrounding him with love, the greatest medicine of all.

‘We are planning for the future, and to put this in place the family home will need major home adaptations, so we will be extremely grateful for any donations to fund the renovation, and go towards Steve’s future care and rehabilitation.’ 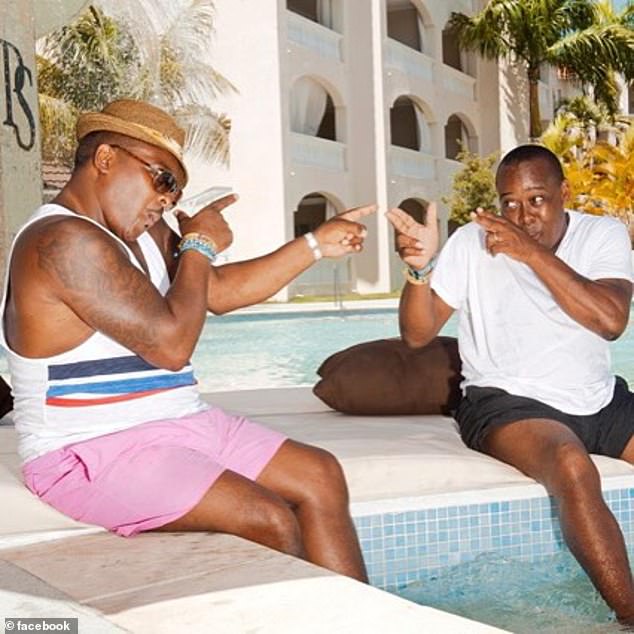 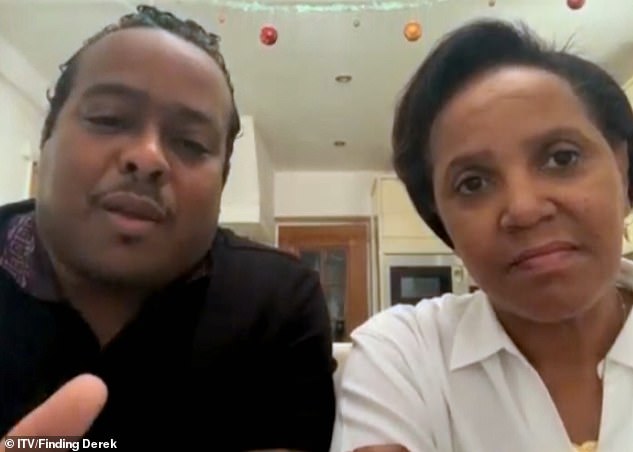 The GMB star also interviewed Steve’s twin Bobby, 57, and his wife Sylma. In a heartbreaking moment, he told Kate and his wife’s brother ‘you’ll both have your husbands back soon.’

In Finding Derek, the Good Morning Britain presenter spoke to Bobby, his wife Sylma, and also to Julie, Steve’s wife, about how their family has been torn apart by the virus.

The brothers first realised they had symptoms when they were breathless on the phone. Steve was initially treated at East Surrey Hospital but is now in a nursing home in the capital.

Kate Garraway and Julia discussed how Covid is a ‘lottery’ that has presented the two brothers with very different health outcomes.

In November, the Laviniere family marked the twins 57th birthday at Steve’s bedside and faced a similar scenario at Christmas.

Steve’s wife Julie explained how her husband was put into an induced coma in an intensive care unit after struggling to fight the virus. 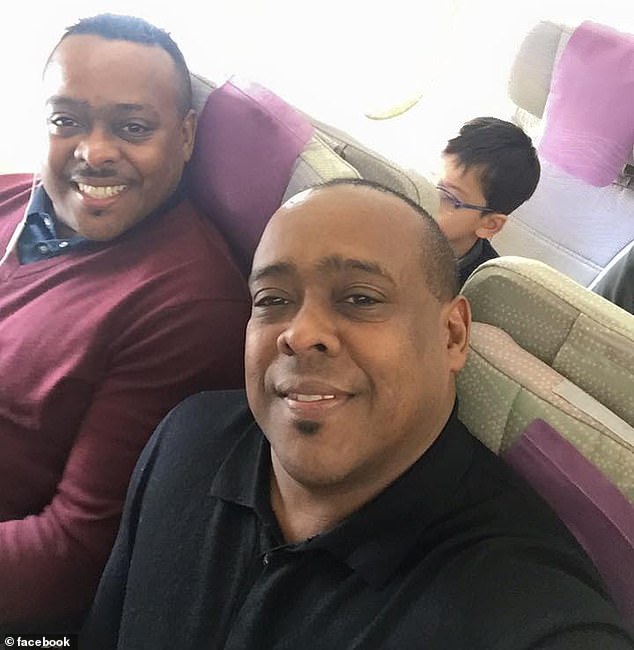 The siblings first realised they might have Covid after they were both breathless while on a phone call to each other (pictured: Bobby Laviniere, and, right, Steve Laviniere) 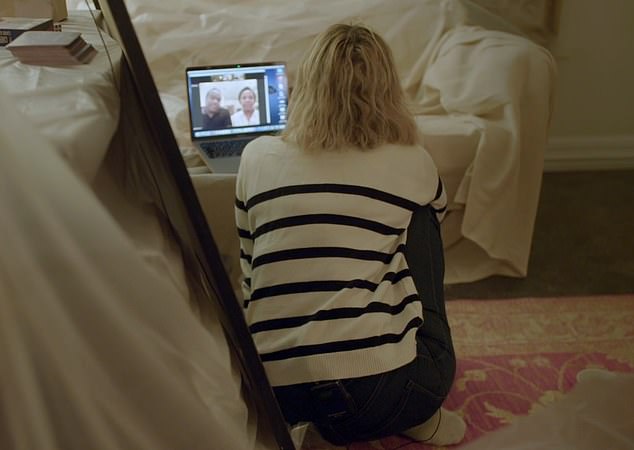 Bobby told the GMB presenter that it took him seven weeks to fully recover from the virus, after he spent a week on a ventilator last March.

A tearful Bobby, who is a DJ act called Groove Odyssey with his brother, said without any medication to ‘fix’ Covid, ‘the only medication for us is love.’

The Good Morning Britain presenter, 53, filmed every step of Derek’s year long battle with COVID-19 following his hospitalisation with the respiratory illness in March 2020 with the fly-on-the-wall programme. 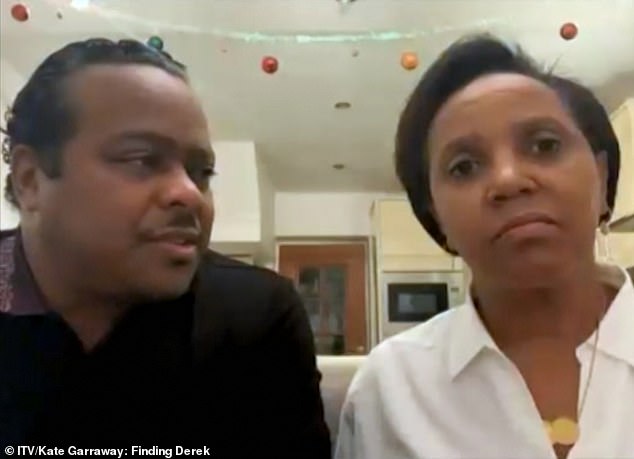 A tearful Bobby, who is a DJ act called Groove Odyssey with his brother, said without any medication to ‘fix’ Covid, ‘the only medication for us is love.’ 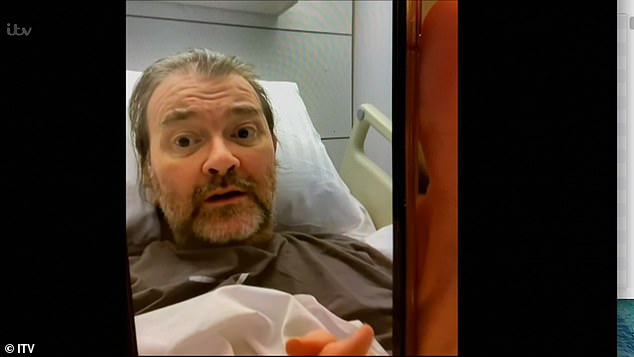 In an emotional ending, it showed a sweet recent FaceTime between Derek and Kate where he said: ‘Thank you, I love you forever and a day,’ to which Kate replied: ‘Oh darling, I love you.’

During the emotional hour-long documentary, Kate is seen planing for an uncertain future with Derek as she admits: ‘There’s been times where I’ve thought: “Am I actually grieving for the person I’m married to or am I fighting to hold onto that person?”‘

Later in the award-winning film, in a heartbreaking video call with her husband in November, Derek breaks down in tears and says he wants to ‘die’ to which Kate insists: ‘I promised you I will save you and I’m going to save you.’

The documentary, filmed at the height of the coronavirus pandemic, focused on Derek’s plight after falling gravely ill with the virus and Kate’s desperate battle to care for her husband while planning for an uncertain future.