Home » Lifestyle » Justin Bieber: Popeyes' Chicken Sandwich Is 'Not Worth the Hype' Justin Bieber: Popeyes' Chicken Sandwich Is 'Not Worth the Hype'

Singer, songwriter … food critic? Justin Bieber shared his thoughts on Popeyes Louisana Kitchen’s chicken sandwich with his 121 million Instagram followers on Thursday, November 7, and he was less than impressed.

The “Sorry” singer, 25, shared in a video that he had picked up three of Popeyes’ chicken sandwiches. “All this hype on the Popeyes Chicken Sandwich, let me see what we got here,” he said before taking a few bites. He concluded, “It’s good but it’s not worth the hype.” 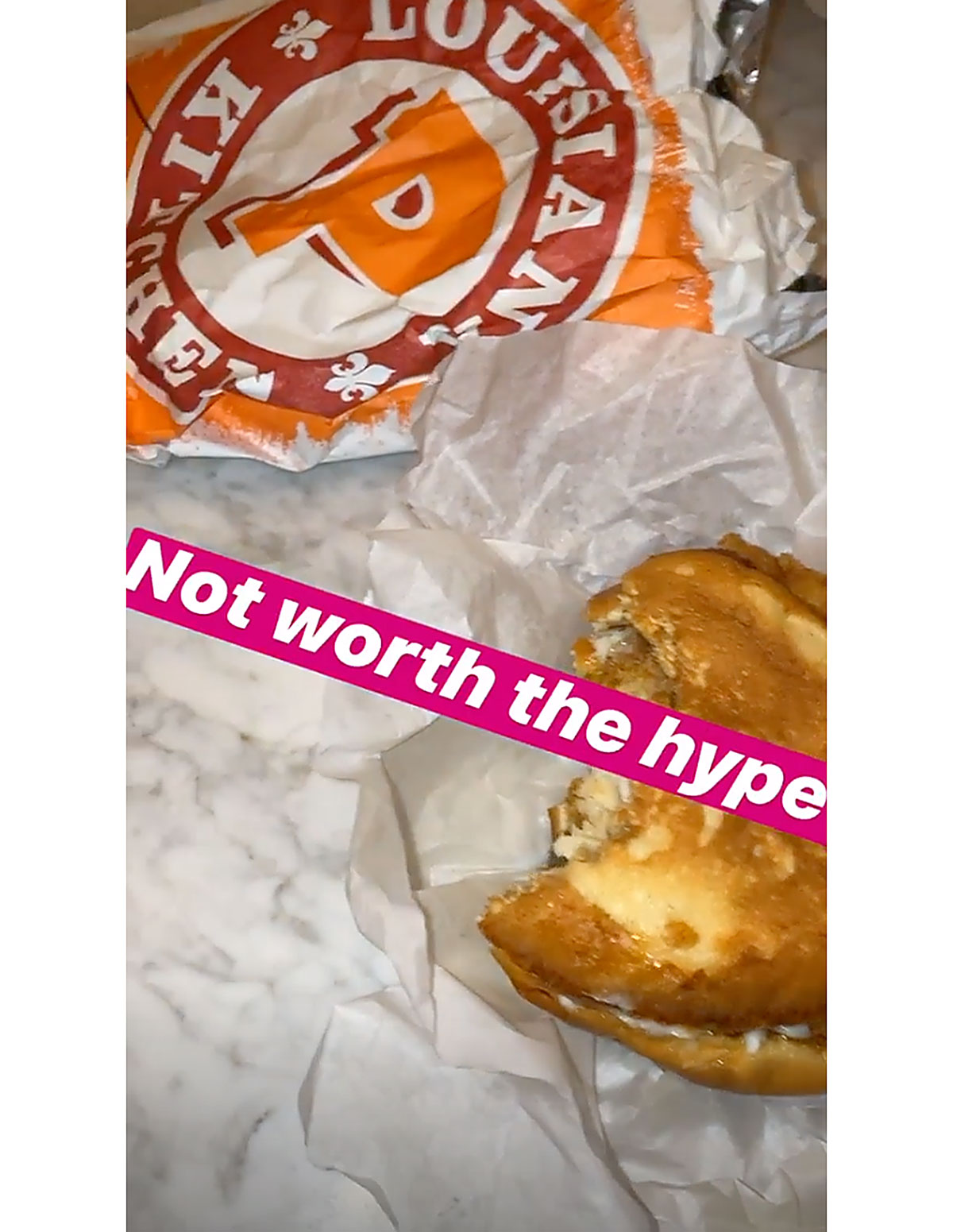 There was one item on Popeyes’ menu that was Bieber-approved. “Sweet tea’s bangin’ though,” he added.

In August, Popeyes released its chicken sandwich, which consists of buttermilk fried chicken, pickles and a spicy Cajun spread on a brioche bun. The highly coveted sandwich went viral and quickly sold out across the country in just two weeks. Even celebrities were dying to get a taste, including Cardi B, who traveled to two Popeyes’ locations on different coasts.

Diplo revealed that Popeyes had sent him several sandwiches on a private jet becausehe wanted to give it a taste test. “Popeye’s heard I wanted to try their sandwich so they sent me some in a jet,” the 40-year-old DJ wrote via Instagram on September 1.

Gayle King called 15 locations in an attempt to try the hot commodity item before finding one that still had the sandwich in stock. “It really lives up to the hype. It’s really good,” the journalist, 64, shared on Instagram on August 26. “It only took me 3 days … but it was worth it.”

Jimmy Kimmel was able to get his hands on a sandwich for his 2-year-old son, Billy. In an Instagram post on August 26, the late-night talk show host, 51, shared one photo of Billy uncertainly taking a bite of the sandwich. In the next photo, his son is wearing a big grin. “Even 2 yr olds can’t resist the #popeyeschickensandwich,” Kimmel captioned the pics.

On August 27, Popeyes announced via Twitter that the chicken sandwiches would no longer be on the menu but teased their eventual return. “Y’all. We love that you love The Sandwich. Unfortunately, we’re sold out (for now),” the tweet read.

After a long wait, the fast-food chain revealed that it would be bringing the sandwiches back permanently on November 3. The announcement simply read, “I’m back,” in a video posted on Twitter on October 28. The post also noted that Popeyes is “open Sunday,” a subtle dig at its competitor Chick-fil-A, which is closed for business on Sundays.