Jeremy Corbyn and a party infected by pure poison: JULIA NEUBERGER, the Rabbi whose mother fled to the UK to escape the Nazis, gives her damning verdict on Labour’s anti-Semitism shame 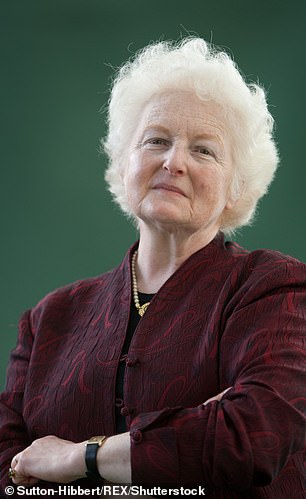 Although the majority of my mother’s family was murdered during the Holocaust, when I was a child growing up in North London in the Fifties and early Sixties, I was not particularly concerned with anti-Semitism.

If Jews were menaced in Britain, we were certainly not aware of it. We were free to practise Judaism, to walk the streets in fancy dress at Purim, to light our candles at Chanukkah. Nobody turned a hair. But in recent years, our sense of security has been replaced by trepidation.

The man who shoulders a significant portion of the blame for that is Jeremy Corbyn.

I write as the first woman rabbi in Britain ever to run a synagogue, and as someone who has just written a book on anti-Semitism in all its guises around the world — with several pages devoted to the shocking level it has reached in Labour under Corbyn.

When I heard yesterday that the Equality and Human Rights Commission had finally decided to launch a formal inquiry into the Labour Party, I was not surprised — even though it is only the second British political party to be formally investigated for ethnic or religious discrimination. (The first was the BNP in 2009).

The investigation into Her Majesty’s Opposition represents a new low in British politics. And Corbyn and his blinkered acolytes should hang their heads in shame.

Yet the fact is the Commission’s inquiry is well overdue.

This, after all, is a party that took three years to boot out activist Jackie Walker, a prolific anti-Semite who claimed Jews controlled the slave trade and benefited from the Holocaust — but just 36 hours to expel Alastair Campbell after he revealed he voted for the Liberal Democrats last week.

A party whose leader has happily shared platforms with members of Hamas, a terrorist organisation determined to wipe every Jew off the face of the Earth. And a party that received 673 complaints of anti-Semitism in just ten months, but expelled only 12 members.

There can be no doubt: under Corbyn, Labour has been transformed from a party that once led Britain’s fight against racism into one that turned its back on individuals on account of their race. 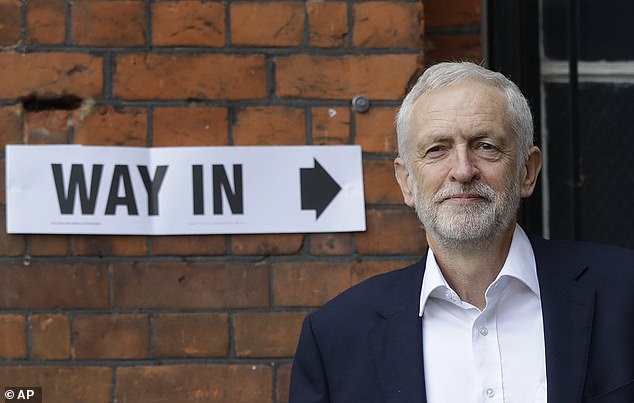 She has recently written a book on anti-semitism around the world and says it has reached lethal levels in Labour, under Jeremy Corbyn

As Labour stalwart Dame Margaret Hodge, a secular Jew who lost several relatives in the Holocaust, said yesterday: ‘This is a truly disgraceful day for the Labour Party — one of the most depressing in my 56 years as a member.’

My own parents supported Labour. They would be turning in their graves if they could witness what has happened.

The Labour they belonged to was a beacon of tolerance, a party of political titans like Clement Attlee whose family took in a Jewish refugee from the Kindertransport before the war. Under Corbyn, it has become a party where bigotry has been allowed to flourish.

He has made as little effort as possible to investigate Labour’s festering swamp of anti-Semitism.

Labour’s own ‘official’ inquiry into it, for example, ruled that the party was not ‘overrun by anti-Semitism’, but that there was an ‘occasionally toxic atmosphere’.

Making no attempt to get to the poisonous roots of the problem, it failed to mention the case of Oxford University’s Labour Club, whose chairman, Alex Chalmers, resigned publicly in 2016 after members repeatedly used the phrase ‘Zio’ — a derogatory term for Jews usually confined to far-Right websites.

Nor did the report, led by Labour’s own Baroness Chakrabarti, tackle in any depth the way some Labour supporters were talking about Jews.

Take the Bognor Regis Labour councillor who posted the comment ‘Jews drink blood and rape children’ on social media. Or Mohammed Yasin, Labour’s West Midlands regional organiser, (not to be confused with the Labour MP with a similar name) who was finally suspended in December 2018 after more than two years of offensive social media posts, including 9/11 conspiracy theories, praising a homophobic preacher and blaming ‘all wars in the world’ on Jewish people. 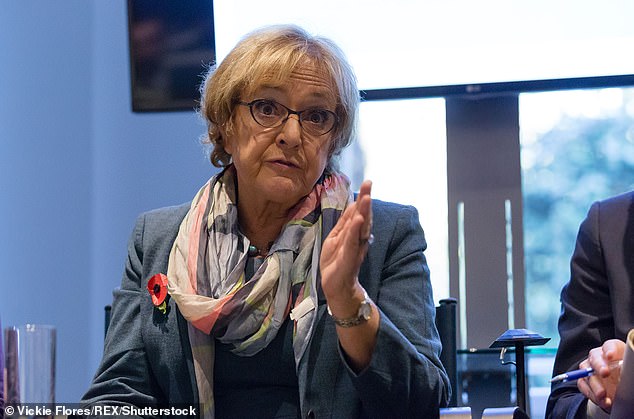 Labour stalwart Dame Margaret Hodge, a secular Jew who lost several relatives in the Holocaust, said yesterday: ‘This is a truly disgraceful day for the Labour Party — one of the most depressing in my 56 years as a member.’

These posts were made mostly while working for the Labour Party.

Online, the malignant influence of social media has acted as a scatter gun for anti-Semitic messages.

In September 2018, for example, a dossier was passed to the Metropolitan Police setting out 45 cases of online anti-Jewish abuse by Labour supporters.

‘We shall rid the Jews, who are a cancer on us all,’ read one chilling message.

Many of these radical socialists reel off age-old stereotypes that have echoed down the centuries in Europe, such as the beliefs that Jews exert a control over global finance or are ‘rootless cosmopolitans’ without loyalty or solidarity.

Corbyn himself has expressed similar views.

He once defended a vile, anti-Semitic mural in East London that featured a group of hook-nosed bankers playing monopoly on a board which rested on the naked backs of the poor.

He complained on another occasion that British Zionists ‘don’t understand English irony’ and ‘don’t want to study history’. In Corbyn’s mind, Jews living here are still foreign, attached to an alien dogma and unable to appreciate British humour.

With views like this it is no surprise the Labour leader was praised last month by Hamas for his support.

The really pernicious thing is that when Labour’s leader legitimises such prejudiced opinions, it encourages the cancer of anti-Semitism to spread not just in the Labour Party, but elsewhere too. This is reprehensible behaviour at a time when anti-Semitism is on the rise — and not just in Britain.

Across Europe, the foaming peaks of this tidal wave of hate can be found in swastikas at pro-Palestinian rallies, the denial of the Holocaust, attacks on synagogues and Jewish schools, and attempts to close down Jewish student societies on university campuses.

Just this week, Germany’s commissioner on anti-Semitism warned German Jews not to wear traditional kippahs in public following a rise in anti-Semitic attacks.

Fortunately, Britain has yet to plumb the depths of anti-Jewish violence that has gripped parts of Europe —although anxiety is spreading.

That is little comfort to the UK’s 250,000 Jews, many of whom feel that their very existence is now under threat.

If Corbyn’s bigoted worldview goes unchallenged, anti-Semitism will grow like a contagion. This is why the Human Rights Commission’s inquiry is so essential.

For decades, I and other Jews relished growing up in a country that had been a safe haven during the war and in a Europe that seemed determined to learn the lessons from the horrors of the Nazi genocide.

But almost 75 years after the Nazi extermination camps were closed, anti-Semitism has reared its ugly head again.

The lessons of history should have been learned by now. Not least by a Labour leader turning a blind eye to them.

'6 Underground': How Much Did Ryan Reynolds Make For the Michael Bay Directed Film?