Home » Lifestyle » JOHN HUMPHRYS: How typical of Boris Johnson to trip up on frivolities 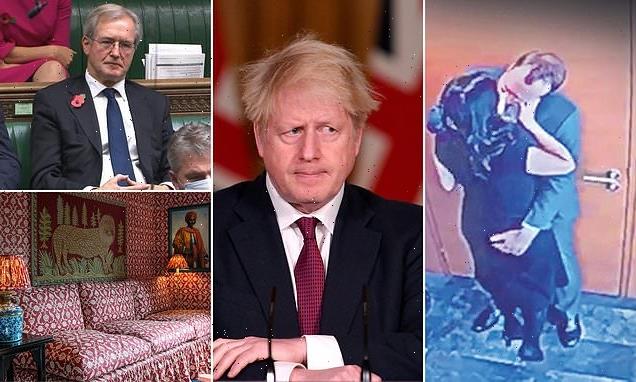 JOHN HUMPHRYS: How typical of Boris Johnson to trip up on frivolities

JOHN HUMPHRYS: Most PMs are undone by matters of state. How typical of Boris Johnson to trip up on frivolities

All prime ministers start out the same. On those steps of No. 10, the morning after their election, telling us how they will use their new power to make this a better country. To right the wrongs of their predecessors. To do things differently.

But they will also be aware of the old maxim that has stood the test of time: all political careers end in failure.

That’s not as bleak as it sounds. Sometimes it is noble to fail.

Hitler boasted that Dunkirk was a massive defeat for the Allied forces, but history records the evacuation as a triumph of the human spirit.

And so it was. The skippers of those little boats who rescued a seemingly doomed army remain heroes 80 years later.

And in the end, what matters most to every prime minister, however powerful they may have been in their heyday, is something over which they have no influence: that verdict of history. 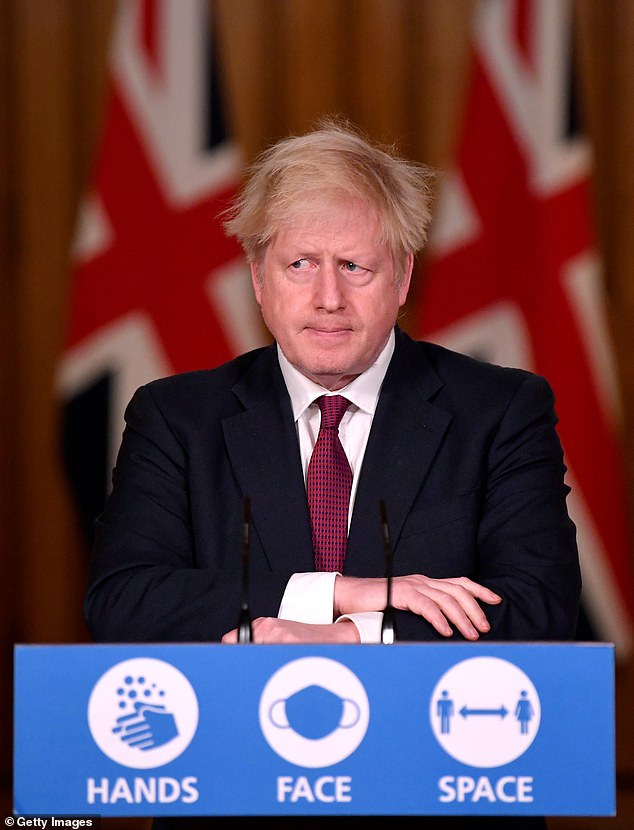 If Boris Johnson is — as some are speculating — now facing the first stirrings towards his own departure, it will not be because he misjudged the public mood on a question of supreme national importance

Boris Johnson would be less than human if he were not contemplating that this weekend. He may or may not regard his days in Downing Street as numbered, but what he must surely fear as a student of Classics is that his tenure will be seen not as a Greek tragedy, but as a Greek farce.

And he will get little comfort if he looks even to those predecessors who’ve made the greatest recent impact.

Winston Churchill, the prime minister who led us to victory in 1945, was dumped by that same grateful nation at the first opportunity. They chose a Labour government that promised to build a new land for the returning heroes.

But Churchill’s place in history was at least secure.

So it was for Margaret Thatcher.

She was dumped by her own party — the one she had led to resounding victories at one election after another — but not before she had transformed the economy by seeing off what she viewed as the over-mighty trade unions.

Then Tony Blair won more elections than any other Labour leader in history. 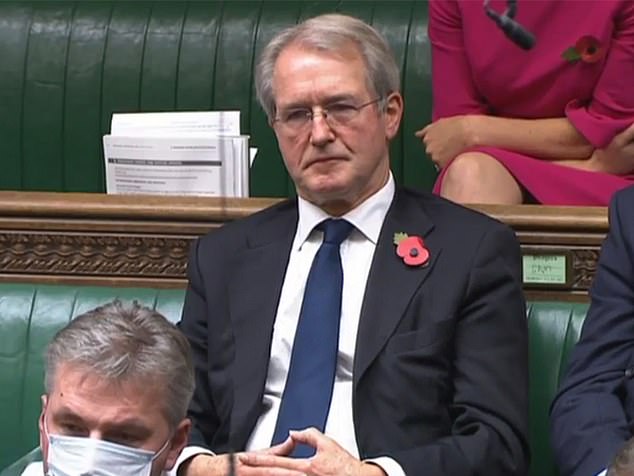 Pictured: Owen Paterson, who served as MP for North Shropshire from 1997 until his resignation earlier this year

He rescued his party from the hard-Left. But that party eventually turned against him, too, for he had led the nation into a disastrous war based on falsehoods.

And, of course, there was David Cameron — forced to resign when the country rejected his high hopes of a future inside the European Union.

But if Boris Johnson is — as some are speculating — now facing the first stirrings towards his own departure, it will not be because he misjudged the public mood on a question of supreme national importance.

Nor because his grand vision for the future of the United Kingdom was rejected by a sceptical public.

No. It will be because of a Christmas party. Not even a ‘party’ if we believe the official line. A work ‘gathering’.

It’s not as if Johnson has been secretly filmed in his boxer shorts tooting on a toy trumpet as he led his drunken staff in a conga last December.

People would have certainly turfed him out for that — but we’d have enjoyed the outrage, too.

One to tell the kids about in years to come. The historians would have loved it!

But no. Instead, he’s been accused of taking people for fools.

And the best he could muster when a surprisingly effective Keir Starmer fired round after devastating round at him in the House of Commons on Wednesday was: he’s playing politics. You know things are desperate when politicians try that whiskery old tactic.

It is not playing politics to point out that there appears to be one law for them and one law for everyone else.

It is not playing politics to remind the Prime Minister that many people in this country were unable to hold the hand of a dying loved one because the law did not allow them into the nursing home last Christmas. The same law that should have barred civil servants from congregating en masse for parties. Sorry. Gatherings. 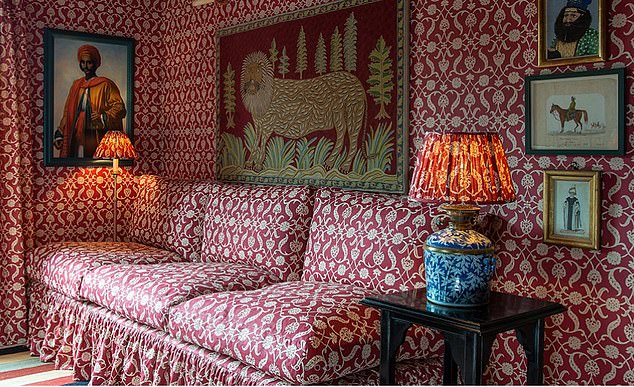 ‘Wallpaper-gate’ is rearing its ugly head again, with more questions being raised about Johnson’s honesty after the Electoral Commission fined the Conservative Party £17,800 for breaking the law over its recording and reporting of who paid for redecorations at the PM’s personal flat

But Johnson’s greatest miscalculation is to have ignored the basic lesson of political scandals through the ages. The cover-up is always more harmful than the deed itself.

When all else fails, try telling the truth.

Imagine if Johnson had said something like this when the story about a Downing Street party was first broken by the Mirror: ‘I wasn’t there and I didn’t hear anything untoward. I was probably in the flat over No. 11 at the time. But I’m as shocked as you are.

‘I’ve ordered an immediate inquiry and I’ll be asking a few questions myself. If it’s true, I promise you heads will roll.’

We would have tutted a little and reminded Johnson that the Prime Minister is the boss and if he really didn’t know, then he damned well should have.

We might even have suggested it wouldn’t have happened under, say, Theresa May. But, of course, he said nothing of the sort. Instead we got a string of denials and endless guff about ‘gatherings’ being different from ‘parties’. 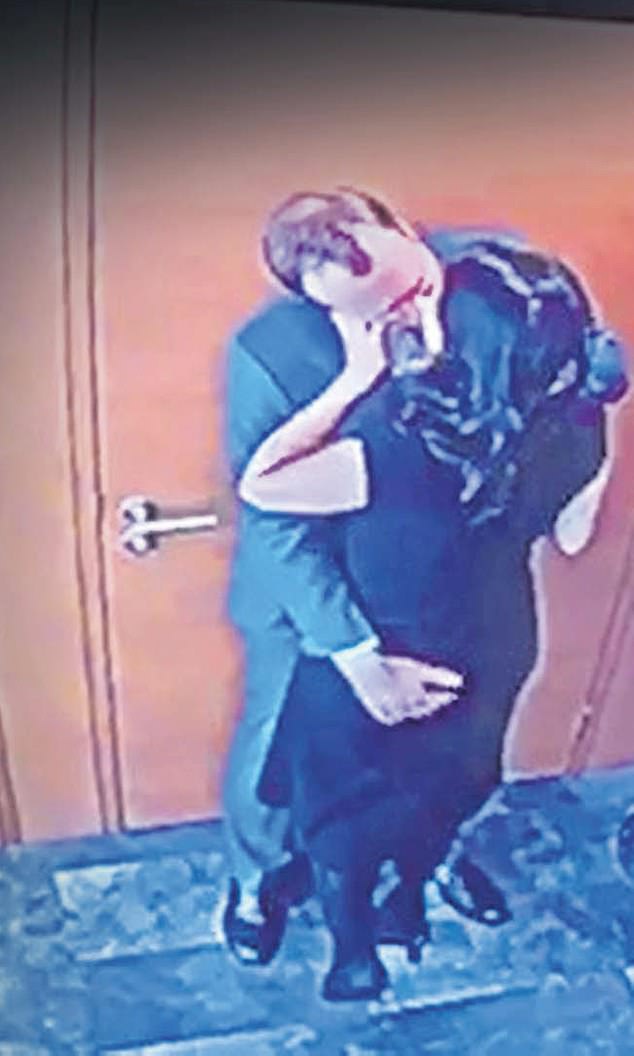 He tried, too, to keep Matt Hancock in his job after the then health secretary conducted an affair in his office — again, breaking Covid restrictions

It took that devastating video of the mock press conference to destroy any remaining shreds of credibility.

And the only head that has rolled so far is that of the woman who was Johnson’s press secretary at the time, Allegra Stratton. As Sarah Vine wrote in the Mail this week: that’s not a good look.

The single question that dominates British politics as I write is: could the eventual head to roll from all this be that of Alexander Boris de Pfeffel Johnson?

He has weathered more scandals and storms than most of us have had hot dinners and has come up grinning every time. And anyway we are still only halfway through the parliamentary term. He might well have a couple of years to recover from this crisis.

Let’s assume Omicron turns out to be a sheep in wolf’s clothing. That ‘Plan B’ does the trick and there’s no need for another lockdown Christmas.

Let’s imagine the NHS gets on top of its appalling waiting lists. That the Brexit deal gives the economy just the boost it needs — and President Macron suddenly gives Boris a big Gallic hug and promises to do whatever it takes to stop migrants crossing to Britain.

Indeed, it’s certainly possible that in a couple of years, the PM will have persuaded the nation to give him the keys to No. 10 all over again.

But it’s also at least possible that he’ll no longer be the leader of the Conservative Party by then.

His problem is that many of his own MPs can’t stomach him.

I was often stunned by the contempt leading figures showed for him when we were ‘off mic’ outside the Today studio.

But then again, politics being the brutal game it is, that doesn’t necessarily matter.

Most MPs have one single requirement of their leader — that he helps them keep their seat. And he’s been good at that so far.

But the latest opinion polls show the ‘Boris effect’ is fading.

This Christmas parties saga is only the latest in a long list of calamities. He gave Dominic Cummings his support after his flagrant breach of the Covid rules last year. It ended only when their personal relationship broke down.

He tried, too, to keep Matt Hancock in his job after the then health secretary conducted an affair in his office — again, breaking Covid restrictions.

And now ‘Wallpaper-gate’ is rearing its ugly head again, with more questions being raised about Johnson’s honesty after the Electoral Commission fined the Conservative Party £17,800 for breaking the law over its recording and reporting of who paid for redecorations at the PM’s personal flat.

Just look at that trivial, pathetic list. If Johnson fears the verdict of history he’s right to do so.