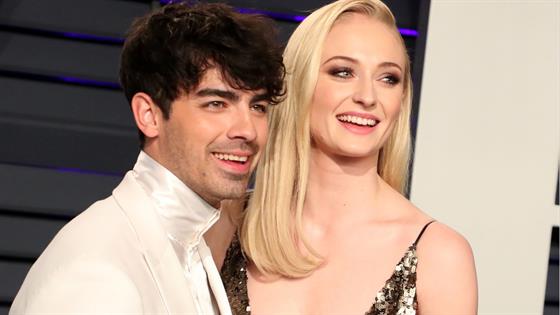 On Wednesday afternoon, the Hollywood couple stepped out for a casual stroll through Zurich.

And while it may seem like an ordinary outing, this marks the first time the twosome has stepped out since news broke that they were expecting their first child together.

As for Joe, he showed off his unique style that fans love so much including a green leather jacket, black crew-neck tee, black puffer jacket and plaid pants. And for those who look extra close, the couple is technically matching with Joe’s ensemble and Sophie’s metallic green nails. Nice touch, guys!

For those wondering what brings these two into town, we’re told the Jonas Brothers are expected to perform tonight as part of the Happiness Begins tour. 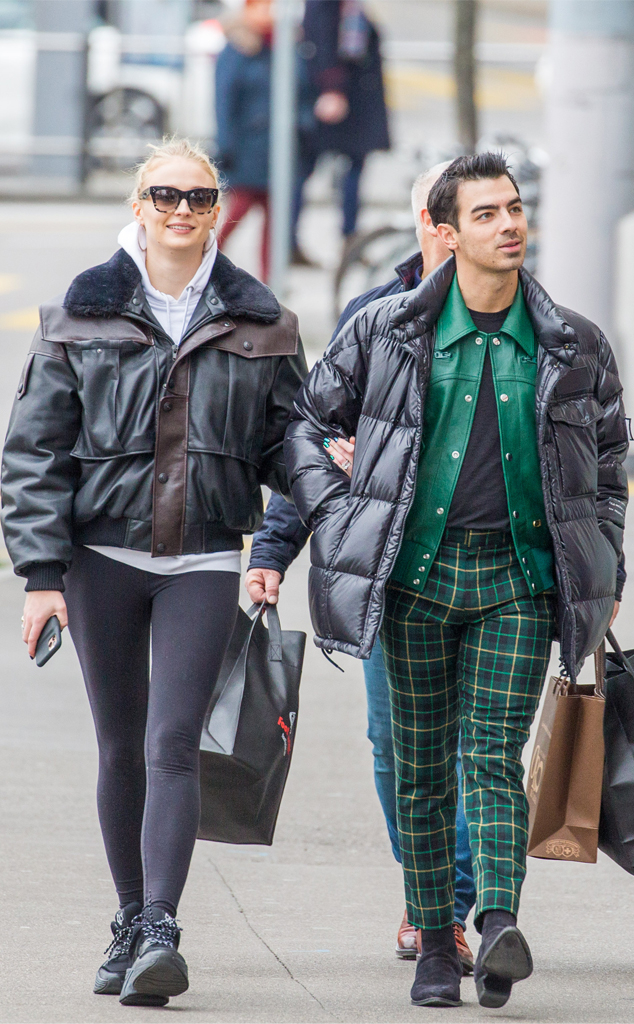 On Tuesday morning, multiple sources confirmed to E! News that Joe and Sophie were expecting. An insider shared that the Game of Thrones star is about four months along.

“They told their families recently and everyone is ecstatic and so happy for them,” the insider shared.

Joe and Sophie surprised fans in May 2019 when they got married in Las Vegas after attending the Billboard Music Awards. The couple would later invite family and friends to a second ceremony in France one month later.

And despite busy schedules that include award shows, tours and new Quibi shows, both Hollywood stars have a strong bond worth celebrating.

“I think for the longest time I didn’t have a real sense of myself,” Sophie previously confessed to Glamour‘s SS19 issue. “A lot of [my happiness now] is to do with being with a person I’ve fallen in love with, who loves me more than he loves himself, and who wants to see me find my own happiness. That was probably the biggest thing that pushed me to find who I am—and find my happiness in things other than acting.”

‘The Masked Singer’ Is Going on Tour This Summer – See the Dates!
Entertainment