Last week NatWest made an astonishing apology for decades of patronising, dismissive attitudes to women and our finances. It came in the form of an open letter, published on the cover and three other pages of the magazine Stylist.

Headlined ‘A message to all women’, and accompanied by a picture of a traditional bowler-hatted City gent, it reads: ‘For years now, I have patronised you, ignored you, talked to your husbands, fathers and brothers instead of you, and made far too many suggestions that your earnings and expenditures are meaningless and trivial.

‘I created a culture that still, in 2019, has made you feel uncomfortable and unwelcome when it comes to talking about money. I speak on behalf of many when I say I am ashamed.’

It ends with the conclusion: ‘I am an outmoded stereotype. You need to be spoken to respectfully, in a non-patronising way. You need to hear from people who actually get you.’ 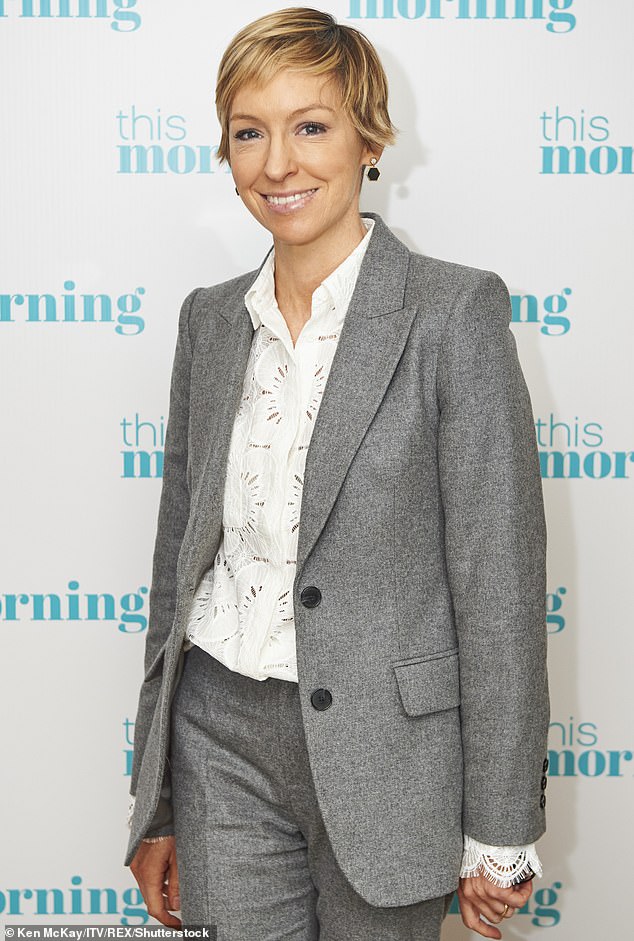 Last week NatWest made an astonishing apology for decades of patronising, dismissive attitudes to women and our finances, writes Jo Elvin (Pictured)

Perhaps with the – I kid you not – lovely picture of £20 notes styled as a floral bouquet on the front to charm us sweet, simple-minded ladies. Or the signing of the letter with a cutesy ‘Mr Banker’ moniker, as if this was a bedtime story, instead of an attempt to engage adult women in a conversation about their money.

Or how about NatWest expecting warm congratulations for admitting to decades of sexism and then decreeing in the same breath that women are frightened and confused by the whole complicated business of finance.

I wish I could say I was shocked by their stupidity (and surely the ‘brains’ behind this must have been predominantly male) but in my career as a women’s magazine editor, I’ve been invited into a lot of boardrooms to speak to men wanting the answer to the question that mystifies them most: ‘How do we talk to women?’

Their faces are a mixed bag of disappointment and even hostility when I say: ‘Er, in the same way you talk to men?’

No, that can’t be right, the men then tell the woman they’ve just asked about speaking to women.

But guys, I promise there is no secret language we’re keeping under wraps. Like you, we just want a good bank, not a special lady bank.

Stop trying to tell me how much you value my economic power and just show me by speaking to me like a human being instead of some strange alien species.

Jamie-bashing is the wrong recipe

The collapse of Jamie Oliver’s restaurant empire is terrible for him, the high street and, of course, the 1,000 newly unemployed. But I object to seeing him portrayed as a villain. The idea that a few pictures posted with his kids on social media is ‘flaunting his wealth’ is a bit of a spiteful stretch.

Jamie has built a brand that’s given several shots to the arm of our economy, across hospitality, TV, publishing and more, not to mention helping disadvantaged groups like young ex-offenders given apprenticeships at his restaurant, Fifteen.

Let’s not paint him as a heartless fat cat when he’s spent vast sums of that personal wealth fighting to save the business. And let’s not show potential entrepreneurs, who we’ll need to boost our post-Brexit economy, that we pitchfork anyone who, after decades of success, suffers a setback.

Ouch! I’ve been insulted by omission

I recently posted a picture on Instagram of me and my friend, Teri. Amid the handful of likes and cheery comments, this one stuck out: ‘Teri, you never age!’

Longing for a ‘bloody difficult’ finale…

If I’d spent three years running myself into the ground performing a thankless, impossible task, before being unceremoniously fired, the temptation to cause a bit of chaos on my way out would be overwhelming. I wonder if anyone has thought of that as Theresa May insists on staying on to host the Trumps? Go on Theresa, show us one last time how ‘bloody difficult’ you can be.

So even Maggie was an ironed lady

A discussion about fashion and power in the compelling BBC 2 documentary, Thatcher: A Very British Revolution, struck a chord.

I was fascinated that even the Iron Lady, right, acquiesced to something as frivolous as a ‘style makeover’ when her spin doctor Tim Bell made her ditch her fussy dresses in busy floral prints: too ‘housewifey’ to be considered powerful, apparently.

Sharp blazers and collared shirts in sombre, block colours were considered much more the thing for a PM-in-waiting – especially our first female contender. It showed, yet again, that while the world loves to dismiss fashion as irrelevant nonsense, it has immense power over how others see us – and, crucially, how we see ourselves. 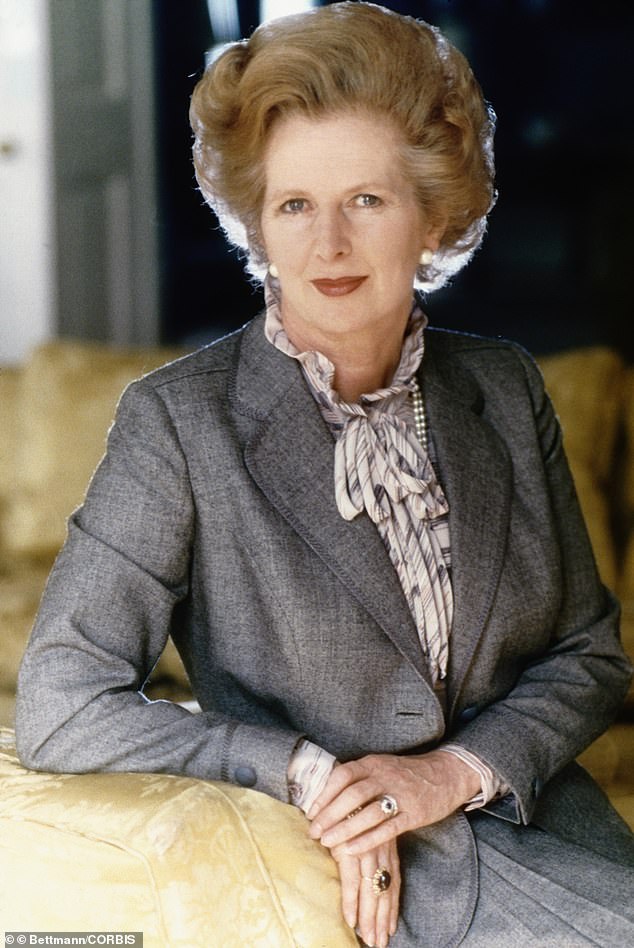 I was fascinated that even the Iron Lady, right, acquiesced to something as frivolous as a ‘style makeover’ when her spin doctor Tim Bell made her ditch her fussy dresses in busy floral prints, writes Jo Elvin

When I first joined this newspaper a year ago, no one told me what to wear. But I remember a subconscious belief taking root: that this was a more corporate world than my previous perfumed fashion mag one and so I should dress accordingly (read: stuffily).

Banished to the back of the wardrobe were my glittery shoes and my see-them-from-space trousers in a kaleidoscope of colours.

Yet every time I pulled on a simple black pencil skirt and dark grey jumper, I felt like I was putting on someone else’s soaking wet mohair coat. It dampened my personality, my confidence and with it my creativity and effectiveness. So I decided to stop pretending I was a serious power-dresser.

Last week, when I headed out of the door in a suit of head-to-toe lilac, my husband asked if I’d meant to look like Willy Wonka – and my boss burst out laughing at the sight of me.

Perhaps women who wear purple suits don’t get to be world leaders. But we are guaranteed to brighten up the world which, I think, is quite a superpower.