Why Jenni ‘JWoww’ Farley hasn’t started planning her wedding yet

Someone call the duck phone.

Nicole “Snooki” Polizzi made her first appearance on “Jersey Shore: Family Vacation” on Thursday night after quitting the show at the end of 2019.

“I had a feeling she was going to come back,” Angelina Pivarnick, 34, told Page Six ahead of the episode. “We had a lot of things we had to talk about — like I had to sit down with Jenni [“JWoww” Farley] and Denna [Nicole Cortese]. So I was really looking forward to having that sitdown with Nicole to hash out all the s–t from my wedding.”

Polizzi, 33, spoke with Pivarnick in New Jersey, and so hasn’t made her grand entrance to cast’s Poconos trip just yet, but Deena Nicole Cortese, 34, teased that Snookie still managed to make the group cry.

“We’re finally back together!” she exclaimed. “The family is one again and just so happy to have our meatball back. She was missed.”

She added that it was hard to film the last season in Las Vegas without her friend, but they talked to her “every day” off-camera. 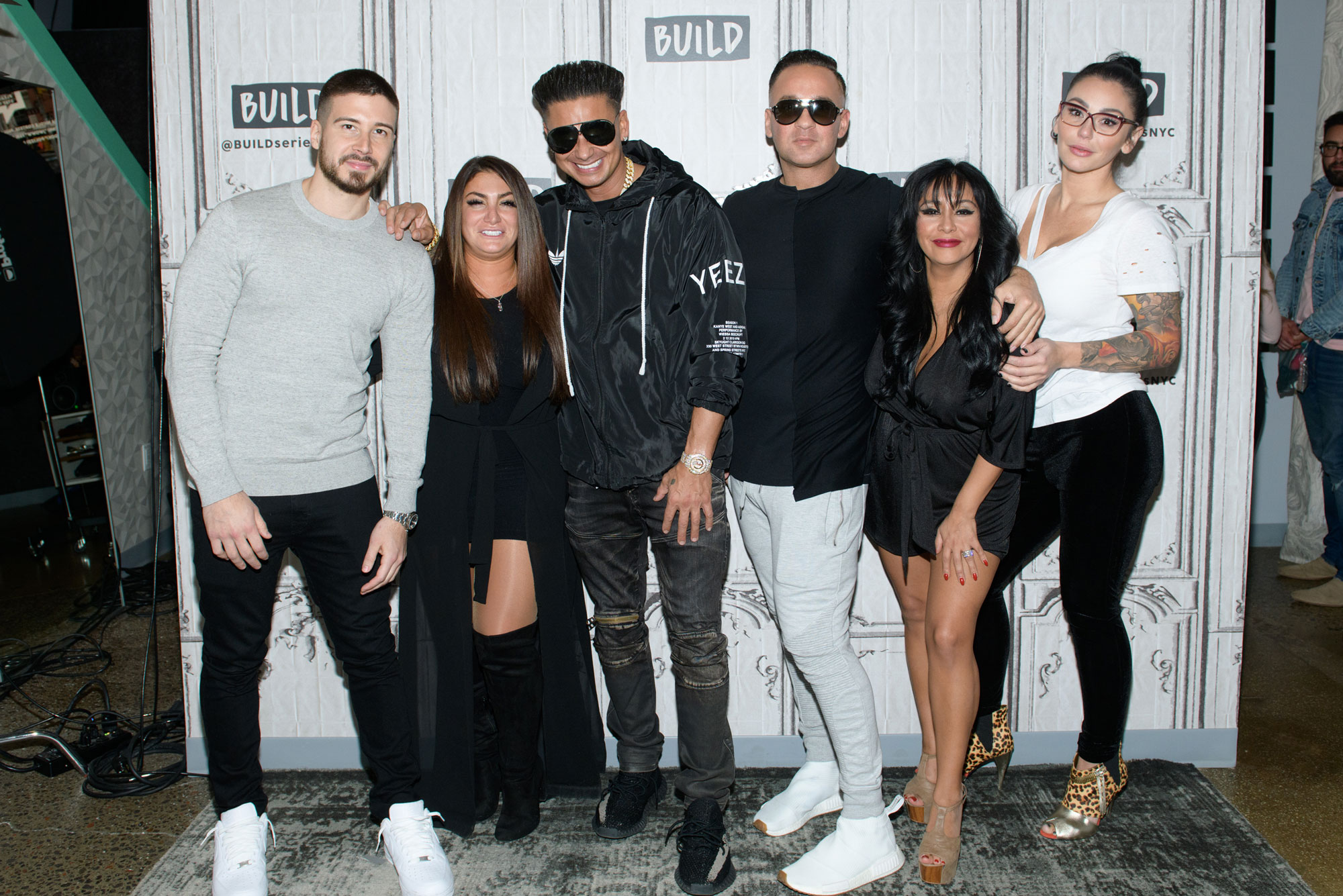 “I’m glad that Vegas is over because that was hard on all of us,” Farley, 35, said. “I even FaceTimed her when I was in Vegas. It just didn’t feel complete without her and it just felt like it added more drama because she wasn’t there to defend herself.”