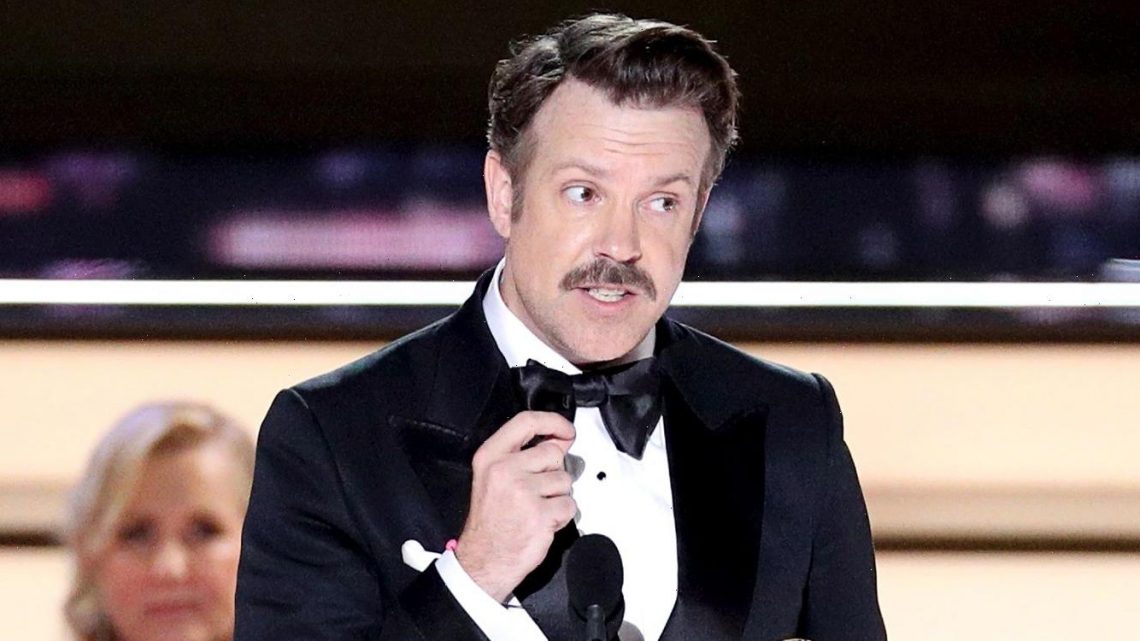 “Ain’t nobody in this room alone.” Jason Sudeikis couldn’t contain his surprise while accepting his trophy at the 2022 Emmy Awards despite winning the same honor last year.

The 46-year-old actor won the award for Outstanding Lead Actor in a Comedy Series for his work on Ted Lasso. Before he took the stage to accept the honor on Monday, September 12, Sudeikis shook the hands of fellow nominees Steve Martin and Martin Short.

“Aw nuts, OK,” he began his speech. “Thank you. I mean, I have sat at home and watched awards shows — my mom loves awards shows — and I always bust people’s balls when they get up here and say, ‘I didn’t think I had a chance [to win].’ And I really didn’t because, like, [it was] an amazing, amazing group that I was nominated with. So I’m not overly prepared.”

Sudeikis went on to joke that his improv comedy background would come in handy as he finished his speech under pressure. “Thank you to my incredible — our incredible — cast, it’s a joy to get to work with you guys. … And thank you so much to the people that watch this show and dig it as much as we dig making it. I’m truly, truly surprised and flattered. Thank you.” 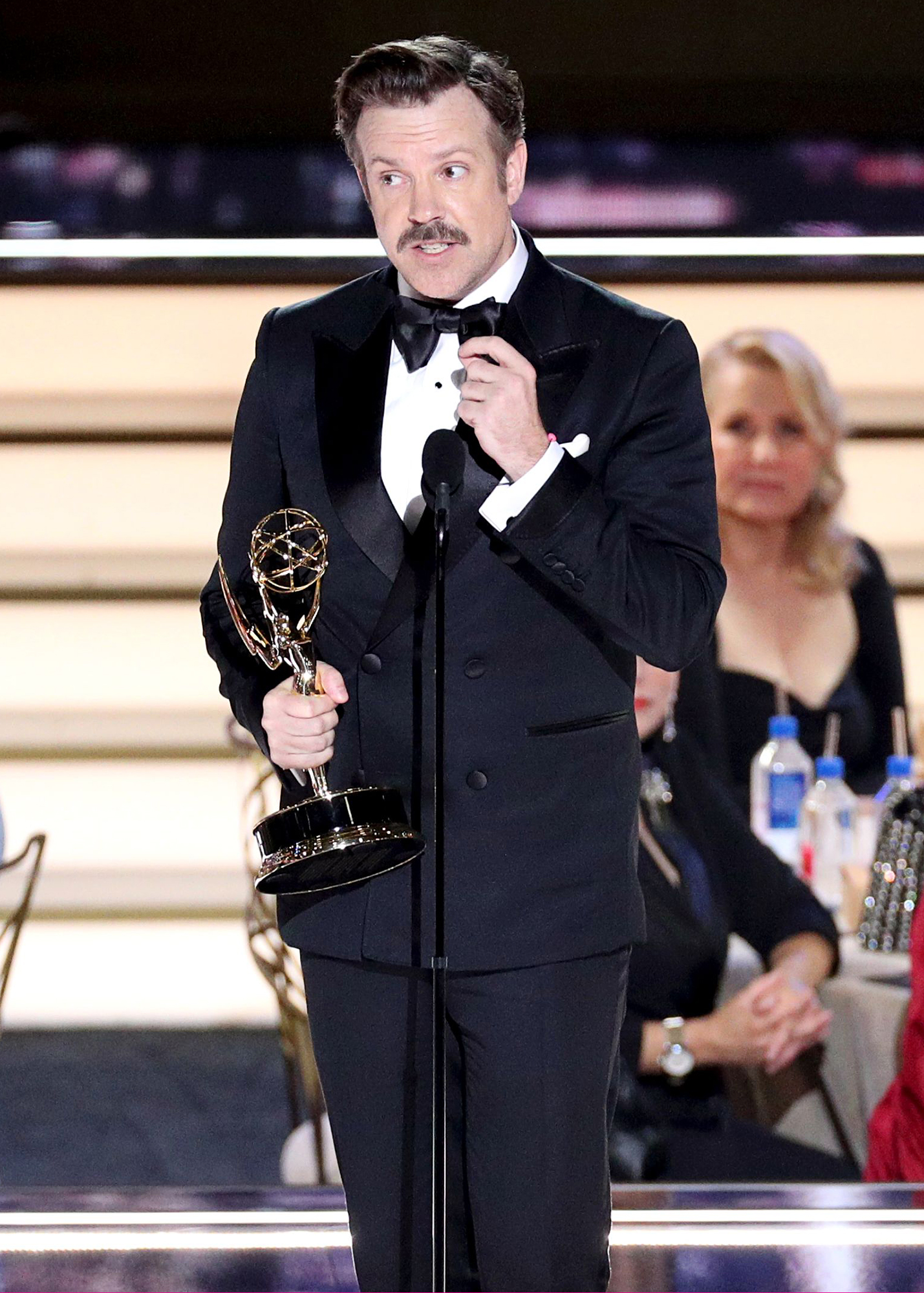 While he thanked his parents, Sudeikis did not mention his children — Otis, 8, and Daisy, 5 — whom he shares with ex-fiancée Olivia Wilde. (When he and his Ted Lasso costars took the stage again to accept the Outstanding Comedy Series trophy, Sudeikis gushed, “Otis [and] Daisy, I love you very much.”)

The Virginia native previously took home the Outstanding Lead Actor in a Comedy Series trophy at last year’s Emmys for his role in the Apple TV+ show. “Thank you very much. So yeah, heck of a year,” he began at the September 2021 ceremony. “I would say that this show is about family. This show is about mentors and teachers. This show is about teammates. And I wouldn’t be here without those three things in my life.”

‘Ted Lasso’ Season 3: Everything to Know So Far

At the time, Sudeikis gave shout-outs to Otis and Daisy. Nearly one year prior, Us Weekly confirmed in November 2020 that the Saturday Night Live alum and the Booksmart director, 38, had called off their seven-year engagement.

“They’ve been separated for months now and there really is no drama. They’re handling this like adults,” a source exclusively revealed at the time. “It’s all about coparenting their kids, Daisy and Otis. That’s the priority for them.”

Sudeikis broke his silence on his split in the August 2021 issue of GQ, telling the outlet, “I’ll have a better understanding of why in a year and an even better one in two, and an even greater one in five, and it’ll go from being, you know, a book of my life to becoming a chapter to a paragraph to a line to a word to a doodle.”

He noted that he viewed the breakup as a chance to grow. “That’s an experience that you either learn from or make excuses about,” the Detroiters alum said. “You take some responsibility for it, hold yourself accountable for what you do, but then also endeavor to learn something beyond the obvious from it.”

By the following year, the former couple found themselves in the headlines once again as they engaged in a messy back and forth over custody of their kids. In April, Wilde received an envelope marked “personal and confidential” while on stage discussing her movie Don’t Worry Darling at CinemaCon in Las Vegas. Us confirmed at the time that there were custody documents inside.

The House alum went on to address the drama in a Variety interview published on August 24. “In any other workplace, it would be seen as an attack. It was really upsetting,” she claimed. “It shouldn’t have been able to happen. There was a huge breach in security, which is really scary. … This was something that required forethought.”

Wilde slammed her ex for attempting “to sabotage” her presentation, adding, “But, you know, sadly, it was not something that was entirely surprising to me. I mean, there’s a reason I left that relationship.”

Earlier that month, the actress called the document delivery “aggressive” and “extremely contrary to our children’s best interests” in her own set of legal paperwork filed in California. In his response, Sudeikis conceded, “Olivia’s talk was an important event for Olivia, both professionally and personally, and I am very, very sorry that the incident marred her special moment.”