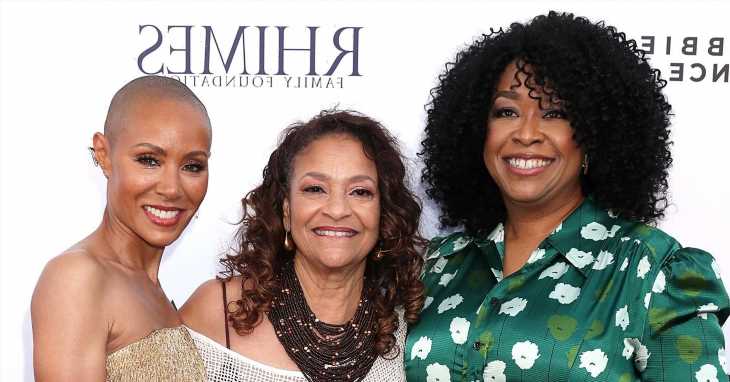 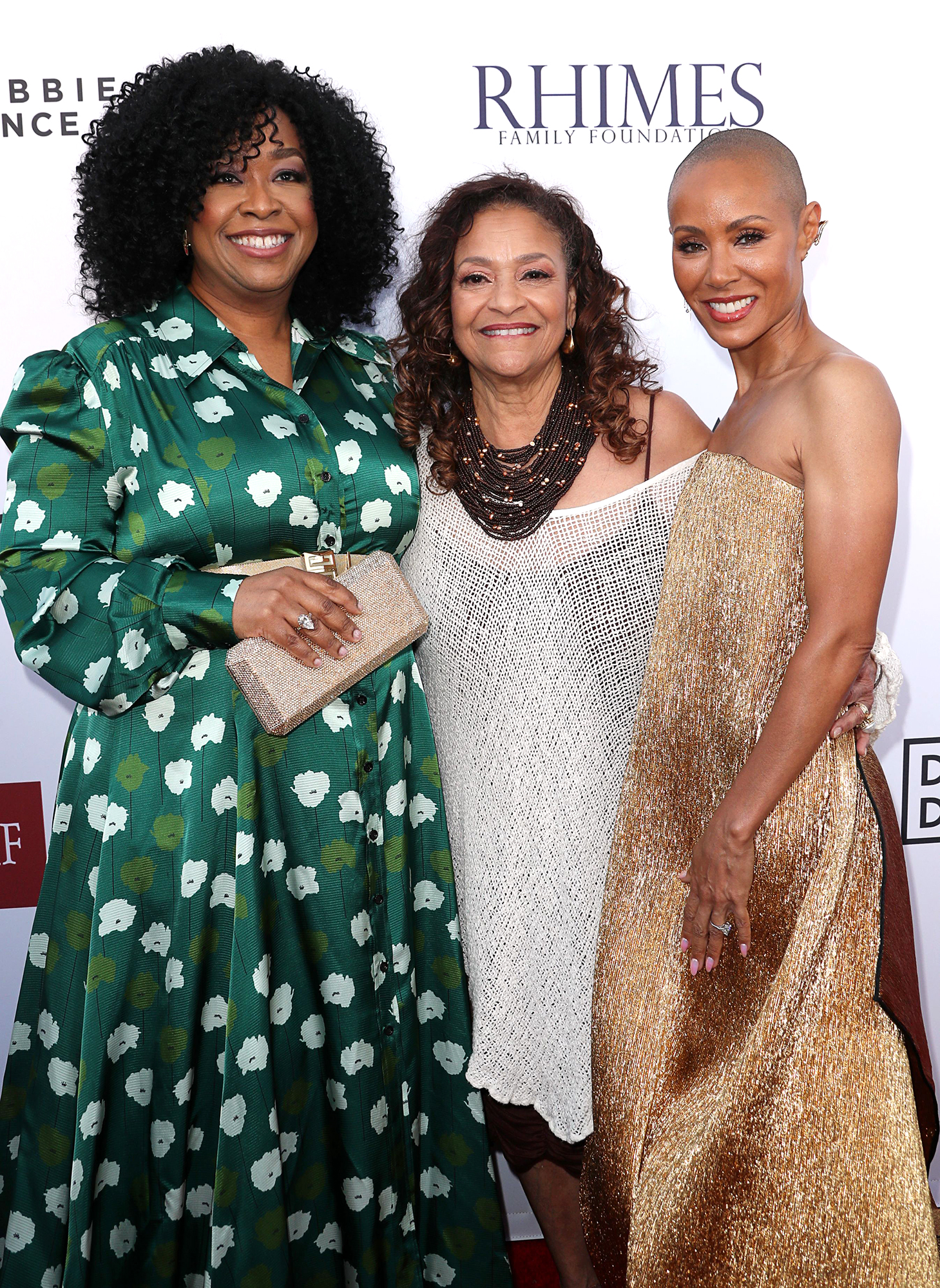 Stepping out. Jada Pinkett Smith was photographed on the red carpet for the first time since her husband, Will Smith, slapped Chris Rock at the 94th annual Academy Awards.

“Big shout out to @shondarhimes for helping the dreams of the Debbie Allen Dance Academy to become a reality,” the Red Table Talk cohost, 50, captioned a Sunday, April 10, Instagram snap alongside Shonda Rhimes and Debbie Allen. 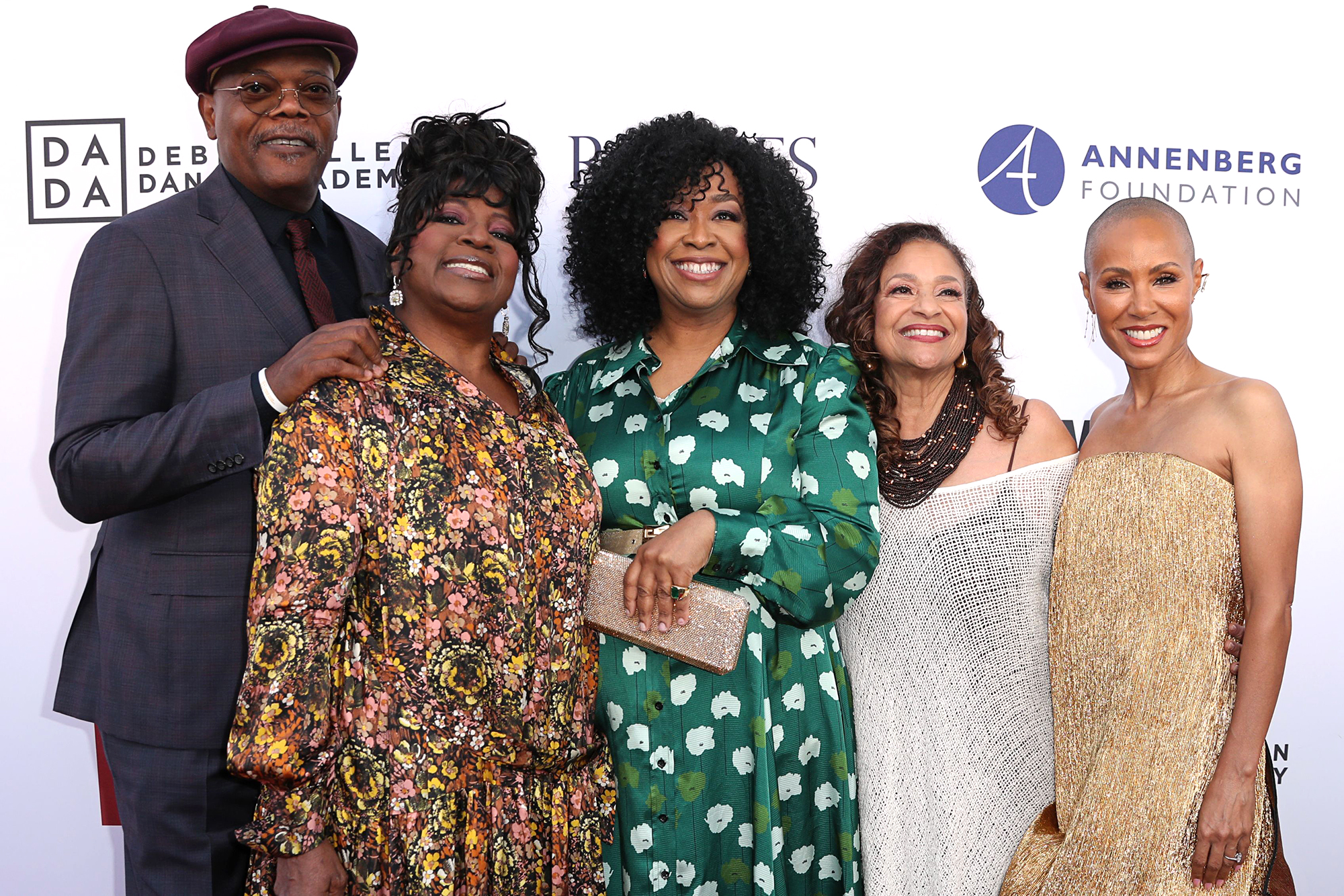 Pinkett Smith, who has been close friends with the 72-year-old Fame actress through the years, donned a gold, strapless gown for the red carpet.

Will Smith and Chris Rock’s 2022 Oscars Incident: Everything to Know

“@therealdebbieallen said wrap it all in gold and come let the kids fill your soul❣️,” the Maryland native gushed via Instagram on Saturday, April 9, before walking the red carpet. “Congrats Debbie on the opening of your Debbie Allen Dance Academy @officialdadance! You are the legacy that so many other legacies will stand upon. Thank you for ALL that you do🙏🏽♥️🙏🏽.”

Pinkett Smith’s Saturday appearance marked the first time she was photographed since the Oscars last month. At the time, the 57-year-old Saturday Night Live alum joked that Pinkett Smith — whom he costarred with in the Madagascar movies — could star in a potential G.I. Jane sequel due to her shaved head. Pinkett Smith, who struggles with alopecia, rolled her eyes during the broadcast before her husband — whom she wed in 1997 — smacked Rock across the face.

The King Richard star, 53, has since issued a public apology and resigned from the Academy of Motion Pictures Arts and Sciences. Earlier this week, the Academy announced that they have banned Smith from future Oscars events for 10 years.

Since the incident, Smith’s family — including Pinkett Smith — have stuck by him.

“They stick together through thick and thin,” a source exclusively told Us Weekly earlier this month of the “unbreakable” couple. “They have been through a lot together and this is just another battle for them.”

A second insider told Us that the Hey Humans cofounder was not angry with her spouse, though wished he had not slapped Rock. The insider noted: “It was in the heat of the moment and it was him overreacting. He knows that, she knows that. They’re in agreement that he overreacted.”

Roast dinner: Use ‘cool down’ method to make ‘crispiest possible’ potatoes ‘A masterpiece’