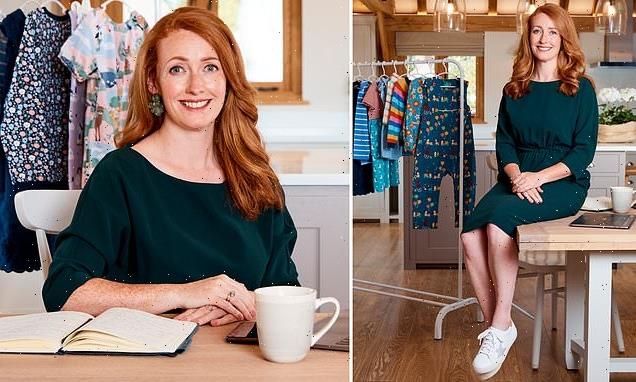 I’ve had more sleepless nights as a business woman than I ever did working in Iraq: By the ex-defence expert who’s bringing a kidswear rental service to John Lewis

Rare are the entrepreneurs who provoke a bidding war on Dragons’ Den and rarer still those who return to the infamous elevator with double the investment they asked for.

Charlotte Morley of The Little Loop did both, walking away earlier this year with £140,000 in her pocket (twice the £70,000 she originally wanted) and a double whammy of dragon-mentors in Deborah Meaden and Steven Bartlett.

‘It was a gamble even appearing,’ she says. ‘My first instinct was that I had no desire to get ripped apart on national TV, but I also recognised what great exposure it could be and I always said I wouldn’t rest until I’d given every opportunity my very best shot. The money was a wonderful side product.’

It was the zeitgeisty feel of The Little Loop that the dragons pounced on — not only a rental clothing company with a sustainable, anti-fast-fashion ethos, but a high-tech one, too, using bespoke software to track every single item rented out and feed data back to retailers. The twist, of course, is that it deals only in clothing for children.

This month the Dragons’ faith in Charlotte was rewarded when she began a partnership with John Lewis — the children’s department now offers access to 49 rentable styles, many, cleverly, from John Lewis’s occasionwear brand Heirloom Collection. 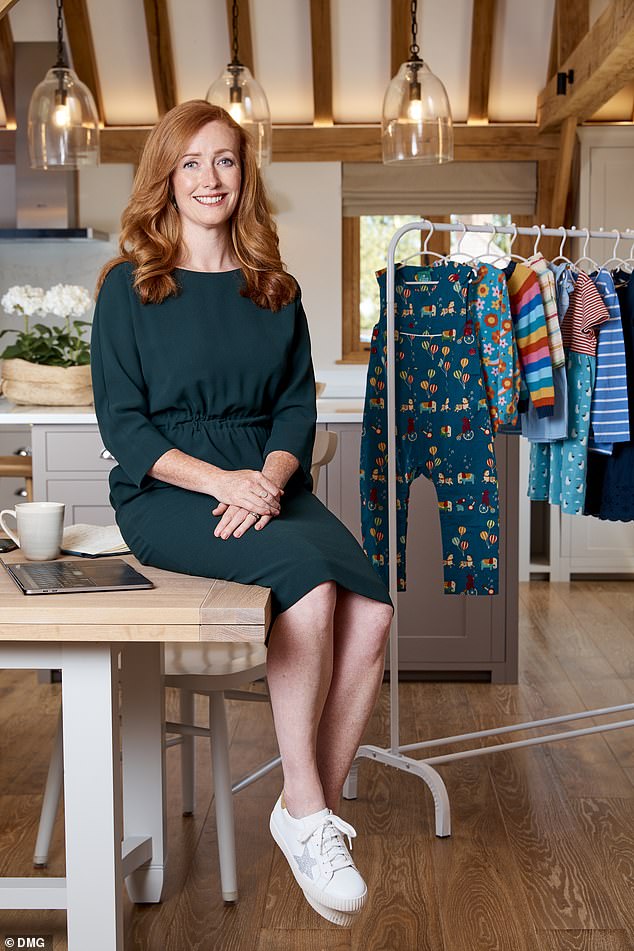 Charlotte Morley, who owns The Little Loop, walked away from the Dragon’s Den with double the investment of what she asked for and provoked a bidding war among the dragons

However, given each item in The Little Loop’s inventory is typically rented out four to five times, I can’t help wondering how the clothes don’t get completely wrecked. Charlotte laughs: ‘Children rise to the task of looking after things if you explain to them why we want to make clothes last longer nowadays and what they’re wearing is borrowed.’

Everything is insured for unavoidable Ribena accidents and ripped knees, but renting clothes for nursery, say, still seems high risk.

‘What we mostly stock are lovely outfits for kids to wear every day but not necessarily for messy play — that’s where secondhand and charity shop clothes come into their own,’ says Charlotte.

There are more than 1,000 items on The Little Loop website. Monthly subscriptions, ranging from £18 to £36, buy ‘credits’ to rent clothes that are then swapped in and out. The more worn the item, the fewer credits it will cost. 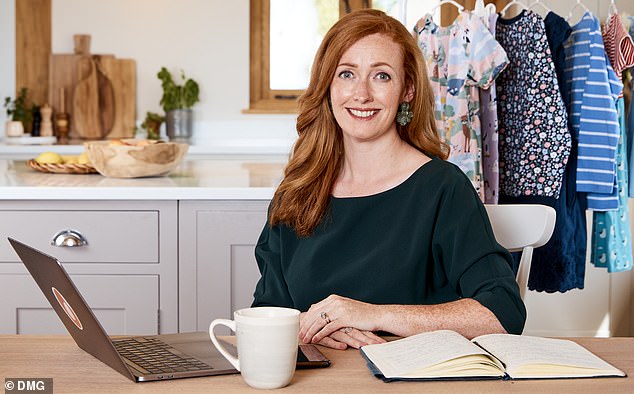 Charlotte, 41, argues her model ‘allows you to live affordably and not have to compromise your values around ethical shopping’.

In other words, for the price of her subscription you could buy a similar-sized armful of clothes on the High Street, but they wouldn’t be made of organic cotton and would likely end up in landfill.

Prior to The Little Loop, Charlotte worked in the defence industry, once finding herself on an American air base in the middle of the Iraqi desert with ‘mortars coming over the perimeter fence’.

As career changes go, they don’t come much bigger. ‘It was pretty scary on reflection, although I’ve genuinely found running my own business more terrifying on a personal level,’ she says. ‘Clearly it’s not physically unsafe, but it does feel like a big emotional risk. I had sleepless nights in Iraq, but I’ve had more as a business owner.’ 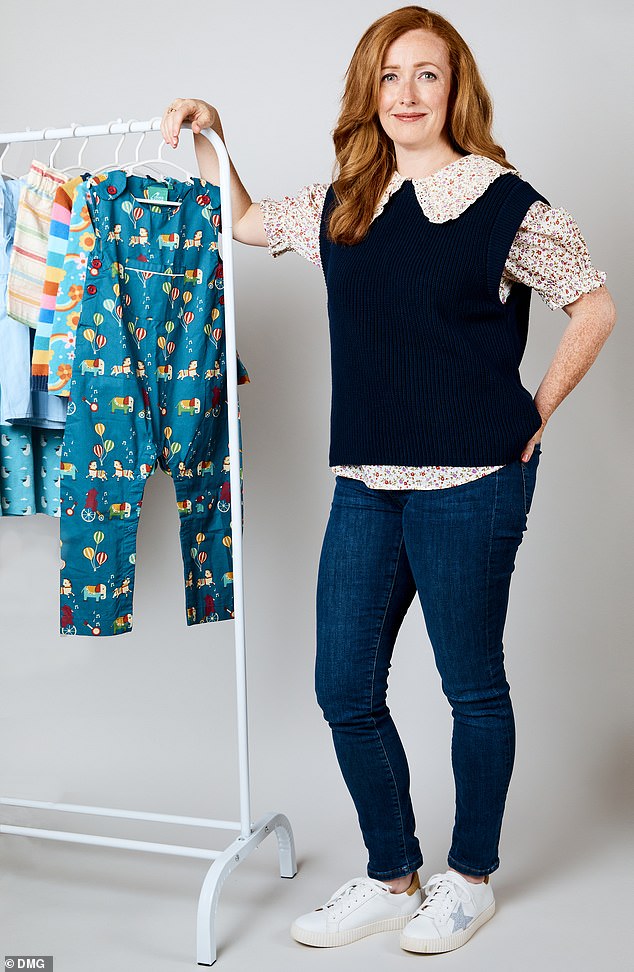 Prior to starting her business, she was working in the defence industry. She described her career change as ‘a big emotional risk’

On maternity leave in Hampshire with her second daughter — Edith, now three, who followed Rosa, five — she became frustrated by the piles of barely-worn clothes.

She says being on maternity leave gave her the headspace to start the business, but adds: ‘This isn’t something I do at the kitchen table. I’m here to achieve scale with this because it’ll only have real impact when we’re big.’

How big? ‘Hundreds of thousands of customers,’ she replies. ‘Then, with the environmental benefit we can deliver, it will all be worth the huge amounts of time and energy and stress.’ Every rented garment eliminates the need to produce four more, Charlotte claims.

She says that while her company continues to grow, her husband is picking up the financial strain including wages for a nanny

Her goal is nothing less than a radical rethink of the peculiarly British mindset that says owning is always better than hiring.

While The Little Loop finds its feet, Charlotte’s husband, Nick, managing director of a software company, picks up the financial strain, including wages for a nanny. ‘That’s the unspoken reality of starting a business,’ she admits.

‘You need support. I love my children but I didn’t start the business because I wanted to spend more time with them. If anything, I see them less than before. I put them to bed every night but I don’t take them to school every day. I know I’m lucky in that respect and I don’t take it for granted.’

Have you started a business while being a mother? Then enter our Daily Mail Everywoman Aphrodite Award. You must be based, or have your chief operation, in the UK and have set up your busines from scratch while raising a child or children aged 12 or under.

The Everywoman Awards gives your business instant prestige, plus access to an elite group of the UK’s top female entrepreneurs and mentors and valuable coverage in the Daily Mail.

The deadline for entries is July 11, 2022. For full entry details go to: everywoman forum.com/ ewawards. 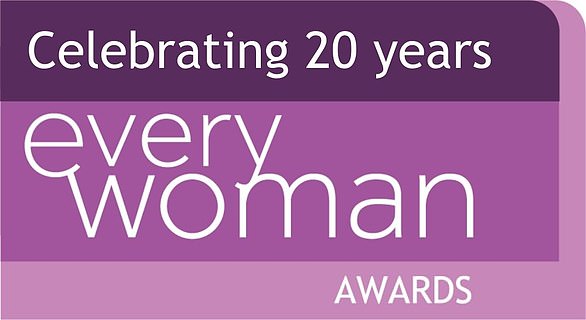