This wrap of shows around Melbourne Fringe includes a clever work that stretches the definition of homage, a gobsmacking hour of magic, a tender and vulnerable work, a surreal rave and a performer who is definitely one to watch. 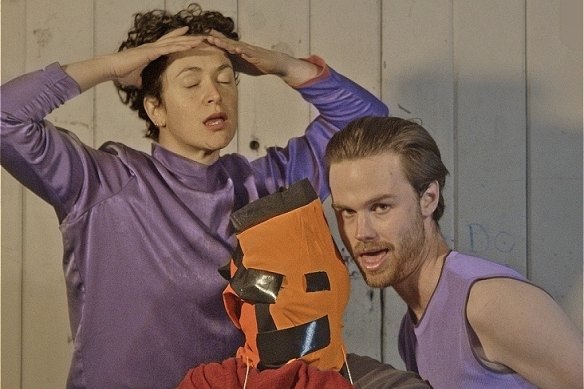 So, too, do fringe performance grenades such as Cam Venn’s Charles Horse Lays An Egg.

There’s even a recreation of Cell Block Tango, from Kander and Ebb’s Chicago, for the musical theatre mavens in the house.

The show makes away with a king’s ransom of artistic highlights, but what it gives back is priceless – Grand Theft Theatre is a sensitive and intelligent exploration of the vital role memory plays in keeping theatre alive.

Thoughtfully structured devised performance layers vigorous physical and visual theatre with perceptive (and often humorous) musings on the experience of artists as audience members. It delves into the critical demands of the creative process, extending a generous invitation to spectators to recall what makes theatre special to them.

They possess the talent, commitment and technique to make theatre as memorable as many of the artists they admire, and someone should throw money at them, pronto, so they can take their work to the next level.

Meanwhile, Grand Theft Theatre offers a great chance to gather with like-minded souls, and rekindle your love of an art which existed only in the mind for several years.
Reviewed by Cameron Woodhead 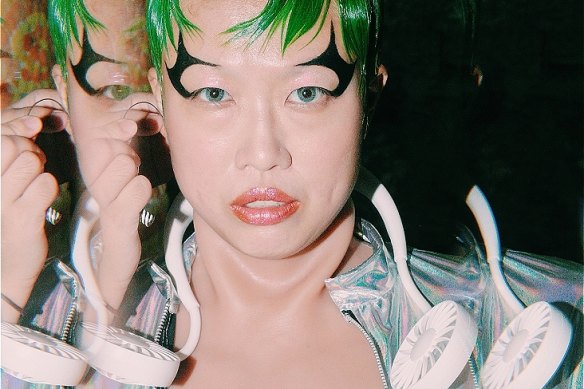 Taiwan has just opened its borders for visitors as COVID-19 restrictions ease after 2½ years; it seems apt, then, that Taiwanese artist Betty Apple leads a rave of sorts. Known for work that seeks to interrogate body politics through being a millennial in post-colonial Taiwan, Apple also tends to appropriate mass-produced objects intended for eroticism and entertainment. In IT-ME TIME, the artist doesn’t stray far from this motif: she turns into a “Beta Version Cyborg-Mermaid” from the near-future, complete with fake boobs. The show begins with Apple seemingly trapped in a cluster of blow-up balloons until she emerges as the lead singer of industrial techno band Social Dis Dance. This is where the party starts.

Apple’s persona is reminiscent of the hologram singer Hakune Mitsune, except the Cyborg-Mermaid is real. Or is she? She prances around the stage, takes swigs from a bottle of white wine (that could really be water) and urges the audience to get hyped up with her as a band would at a concert. “I am swimming!” the Cyborg-Mermaid chants. “I am woman!” Meanwhile, generic techno beats pump in the background; another member of the Betty Apple crew follows her with a handheld phone camera attached to bright lights. Whatever is captured ends up being projected on a large screen behind the performance. It doesn’t matter where you look: the screen speaks to the ground and vice versa.

The effect is unwieldly. While a more generous interpretation of the show can say that it’s a way of dismantling the false dichotomy between “real” and “fake”, it just seems like a dance party for drunks clawing to be Seen. While the audience-facing element of the performance (Apple invites people to stand up or chant with her, and later gets in among them) is entertaining enough, there doesn’t seem to be much else. The audience bops along. Towards the end of IT-ME TIME, Apple has a new chant: “Don’t care!” That could be the entire point.
Reviewed by Cher Tan

Not since the days of turning water into wine has a good time been so instantaneously conjured than by Aussie-turned America’s Got Talent and Broadway star Dom Chambers, who magics multiple pints of beer from a seemingly empty brown paper bag. 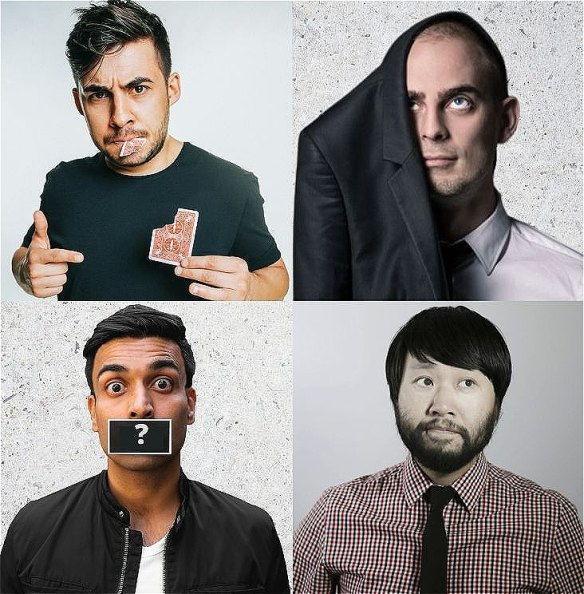 He’s joined in this gobsmacking hour of “How did they do that?” power by comedian Lawrence Leung, a dab hand at snatching words from our minds with the disarmingly dorky aid of a bingo tumbler and a wand with a deeply unflattering name, as gifted by his brother.

Fellow occasional ABC guest Dr Vyom Sharma can predict numbers with the aid of our phone calculators, and Simon Coronel, who has twice fooled magician kings Penn and Teller and this year took out the top close-up magic prize at FISM, the “olympics of magic”, works good old-fashioned card tricks. We all know it’s not real, but when misdirection is this dazzlingly charming, who cares? Just grab a bag-bidden pint with them in the bar after.
Reviewed by Stephen A Russell

A terrible hush descends around the devastating act of suicide. But is our collective inability to talk about it exacerbating the insurmountable loneliness felt by far too many Australians? 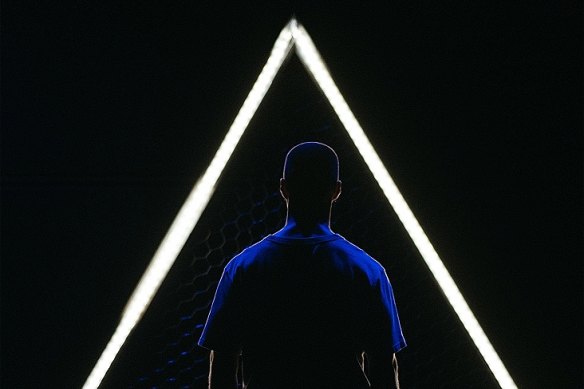 It’s an anguished question posed by one of the many characters whose skin startlingly talented performer Patrick Livesey assumes, affecting markedly different voices and physicality during an emotionally raw hour of verbatim theatre.

Their mother took her own life in 2015, and this powerful reckoning involved Livesey conducting 30-plus hours of interviews with family and friends, trying to understand how it came to pass.

Performing Naomi must demand a lot from Livesey, as they shift restlessly across a dark stage illuminated by a glowing triangular shrine of sorts.

There are no easy answers, but what we are left with is an impossibly generous act of love and understanding. A rallying call to listen, speak up and look out for one another.
Reviewed by Stephen A Russell

Eddie Pattison is an engaging, vulnerable and at times hilarious performer – however the over-arching theme of Just Super is overbearing and superfluous. 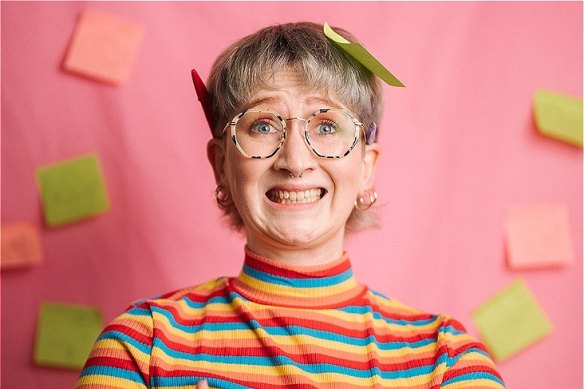 Navigating the world of “superforecasters” – those who use statistical analysis to provide predictions on future world events – is far from enough to hold together an hour.

Pattison’s recollections of their childhood in Brisbane, their acknowledgments of their own mental health disorders and stories of gender and sexuality revelations all land soundly. Not to mention a slightly disturbing acknowledgment of how they procured their earrings.

But when brought back to recorded interviews with loved ones that attempt to verify if they are indeed a “superforecaster” – the mirth in the room is deflated through meandering conversations and tedious test-marks.

Pattison doesn’t need to use such an obscure underlying motif. Their anecdotes carry themselves. With a few tightenings of their delivery and confidence in the material, they’ll be one to watch at the comedy festival next year.
Reviewed by Tyson Wray

Capricorn weekly horoscope: What your star sign has in store for October 16 – 22 | The Sun