A few weeks before Banijay announced its $2.2 billion takeover of Endemol Shine last year, Endemol Shine International’s esteemed distribution chief Cathy Payne stepped down from her role. Her resignation was not directly related to the takeover, she says, but as the months rolled on with the mega-merger, Banijay founder Stéphane Courbit and its CEO Marco Bassetti (whom Payne had previously worked with at Endemol) knew they’d need a seasoned exec who could manage what is now a monster 110,000-hour catalogue of content and global brands including Big Brother and MasterChef.

With Payne’s near 30-year affiliation with Endemol and its subsidiaries, she was the most natural fit to manage the merged distribution engine and across the subsequent months they managed to woo her back into new globe-straddling super producer.

“I just wanted one big, new challenge,” says Payne of her decision to step back into the fold. “When Banijay contacted me, it was too tempting. Plus, I’m a bit of a glutton for punishment so I said I’d do it one more time.”

An Australian native, Payne first entered world of television after a “chance meeting” with a distribution exec at Hanna-Barbera Australia in Sydney, who persuaded her to come and work at the company.

“When she offered me the role, I said I wouldn’t leave unless I got paid the same salary as my previous job,” recalls Payne. “It was more than she was willing to pay but I remember saying, ‘It’s ok, you think about it. But it will be the best money you’ve ever spent.’ She rang me up the next day and said ‘I can’t believe you have the confidence to say that,’ and she offered me the job.”

It’s this tenacity that has seen Payne rise to the top of the international distribution business. At Hanna-Barbera, she worked her way across every facet of the company from finance, contracting, delivering materials and more. “I know everything about every episode of Scooby Doo,” she quips.

Hanna-Barbera eventually became Southern Star International in Australia and there, Payne worked her way up to CEO of that company, where she was behind a £40M ($55M) deal that saw popular Aussie soap opera Home and Away move from the UK’s ITV to Channel 5. After Endemol’s acquisition of Southern Star in 2009, she became CEO of Endemol Worldwide Distribution and in 2015, following the merger of Endemol and Shine Group, she beat all the competition and was appointed CEO of its distribution wing Endemol Shine International.

After more than 20 years of this upward trajectory, Payne now finds herself heading up Banijay Rights, the global distribution arm of Banijay Group. Since being appointed its CEO in April 2020, she has largely been focused on putting the two catalogues together as well as establishing a breadth of content to keep its pipelines full. This is no small feat for what is now the largest independent TV production company outside of the U.S.

The takeover combined Banijay’s entertainment and reality hits including Keeping Up With The Kardashians, Survivor, Temptation Island and Wife Swap with Endemol’s catalogue that includes unscripted series like Big Brother, MasterChef, Deal or No Deal and scripted titles such as Black Mirror, Peaky Blinders and Broadchurch. It’s the strength of this library that really buoyed the business through the pandemic.

“We’ve got to know our catalogue very well,” says Payne. “75% is non-scripted and 25% is scripted. I’ve been really impressed over the last year at the strength of our franchises. We had programs like Survivor that were naturally delayed [due to Covid] and it’s starting to come back and is performing so well everywhere. We will produce more Survivors this year than ever.” 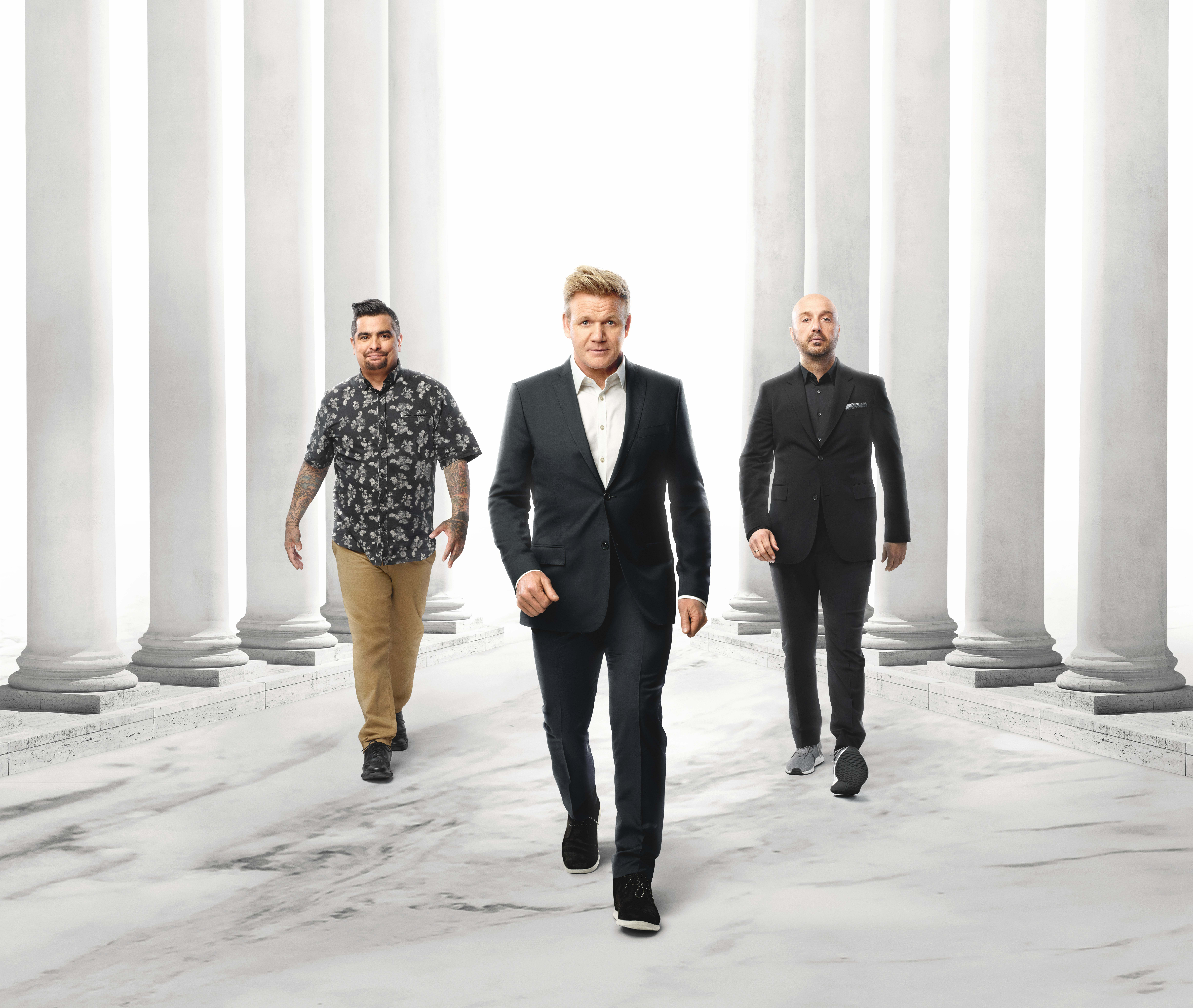 Indeed, one of Banijay’s biggest brands – MasterChef – celebrated its 500th series last month, reaching the landmark achievement with its first ever MasterChef Tamil. There have been 64 versions to date with more than 10,000 episodes and in 2020, despite the pandemic, there were 43 productions across 30 markets.

Big Brother, another mega-IP for the company, has notably had a huge resurgence with comebacks airing in the Netherlands, Sweden, Germany, Portugal, Australia and South Africa.

“These are all really significant and established formats that have come back very strong around the world,” says Payne.

Covid-19 inevitably impacted the company and entering a new role at a new business at the start of a global pandemic will challenge even the most experienced execs. While Payne already had the benefit of working with a raft of key players at Banijay, including Bassetti, she was still treading on new ground.

The first Covid meetings were “tough” she says, but being part of a bigger group gave them the resources to work through it.

“No one wanted Covid costs to be high because no one’s making any profit on them,” she says.  “We are trying to keep them low because they are shared between the producer, the distributor, the broadcaster or co-producer so we all have a vested interest to keep these costs as low as possible while protecting everyone and making sure we have as few delays as possible.”

The rise of major SVOD platforms such as Paramount+, HBO Max and Disney+ coupled with an increase in local OTT platforms such as BBC iPlayer in the UK, Britbox and Australia’s 7plus platform among others meant that there were plenty of players hungry for content.

“We have a great library and we are a destination for platforms,” says Payne. “We have done a lot of deals with OTT platforms that are more territory specific rather than a global buy.”

The Banijay brand has become synonymous with broad audience content, whether it’s reality, factual or scripted franchises. This, says Payne, will continue to be the focus as the group forges ahead. “What we won’t be in, is the very niche programming,” she says.

“We’ve been very strong in identifying what I call our domestic library – product that has been produced in a territory where you’ve retained the secondary rights,” adds Payne. “It becomes really valuable when you’re moving into a market of AVOD and the rise and the strengths of domestic VOD offerings that you have a catalogue that is really specific to that territory because that’s where domestic offerings can really compete with global offerings.”

At Mipcom last week, Banijay Rights highlighted scripted series such as French series Germinal, a sweeping six-part series telling the story of a miner’s strike during the Second Empire in a community in northern France, as well as Dutch drama Bonnie & Clyde and Screw from Killing Eve scribe Rob Williams. 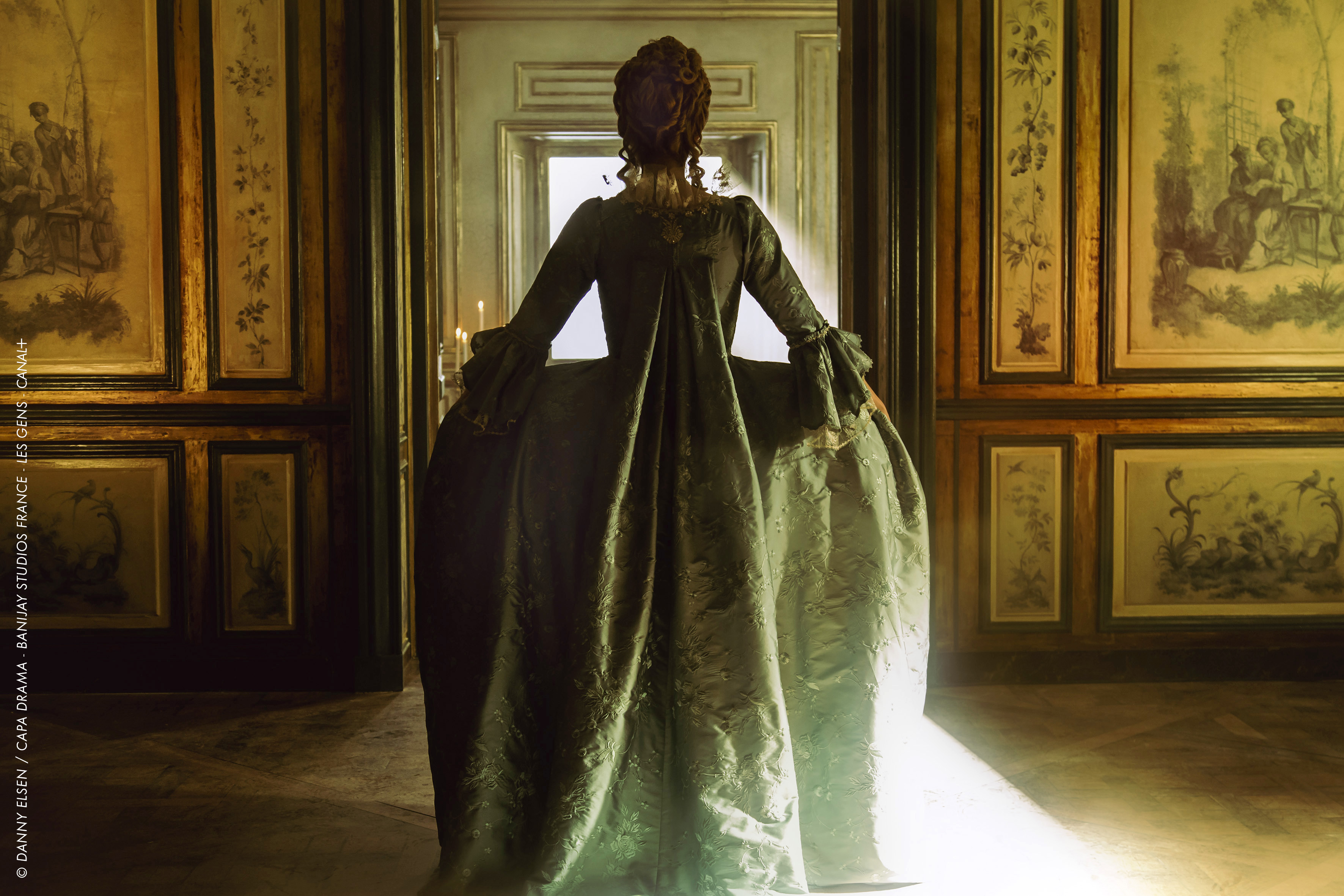 “We’re very involved with all of the labels and planning our slates from the very early stages, especially financing for scripted programming,” says Payne. “We’ll always have a mixed economy where there will be programming where we retain rights – IP retention is very big for the Banijay Group – and there will be shows that will be commissioned by an OTT or a party who own all rights. There will always be a balance of that.”

What remains unclear, however, is the future of Black Mirror, another solid scripted IP for the group. Last year, creator Charlie Brooker and his exec producer Annabel Jones left their House of Tomorrow banner, a subsidiary of Endemol Shine, to set up Netflix-backed Broke and Bones. With the Black Mirror licensing rights now with Banijay and Broke and Bones’ under an exclusive Netflix deal, all parties would need to reach an agreement for a Black Mirror season 6 to hit screens.

“We are still having ongoing discussions,” says Payne, who says she can’t reveal more than that.

One big distribution strategy that Payne is intent on implementing in the Banijay business is empowering local execs in local markets and making sure that “local people are doing local deals.”

“An Australian production business will be run under different terms of trade, government, tax funds, quotas compared to a UK business or a French business or American business,” she says. “We want those businesses to run as they should, organically in their market with strong support from central to make it all run more smoothly.”

She adds: “I’m always about simple contracting, efficient delivery. You have to bring that business sense into any distribution.”

It’s clear that Payne is laser-focused to make sure Banijay stands out in the content game and remains a major player in the international television sector. It’s an independent company with scale and that, she says, is one of its biggest strengths.

“We are not a U.S. studio,” she says. “We are much smaller but our focus is the strength of our creativity and our production standards in the countries we operate in. We are a powerhouse in many territories around the world and having this local-global focus is really important. We offer a safe pair of hands whether it’s a platform or a broadcaster and we know the markets intimately. Plus, our super-brands speak for themselves. There’s a reason they’ve been around for some time.”