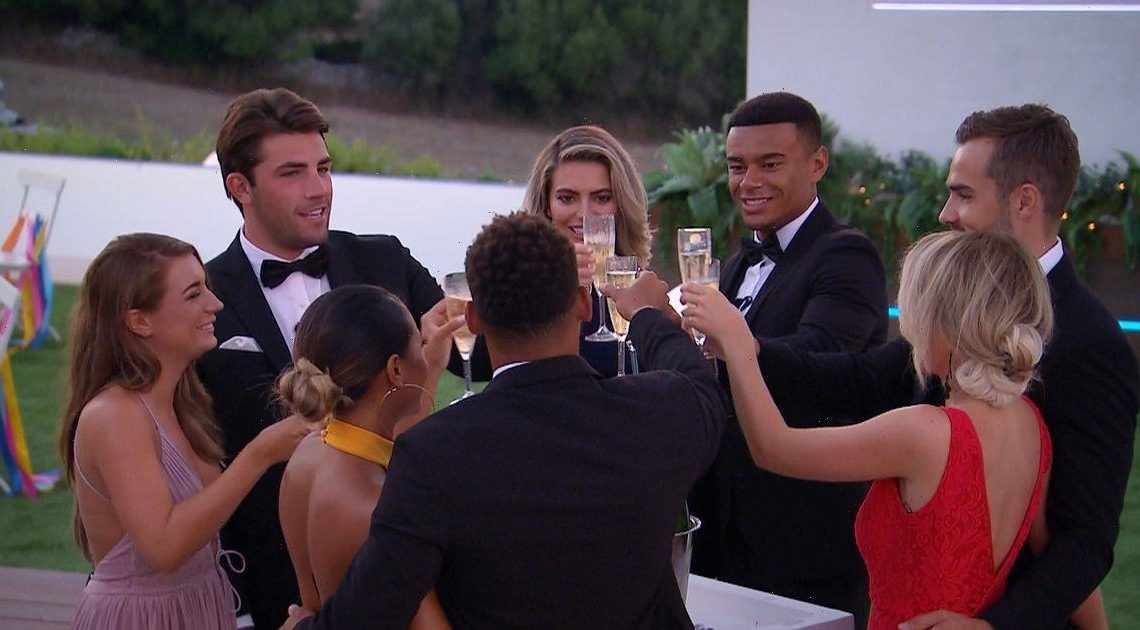 Love Island has kept us entertained over the past eight weeks and it's well and truly been a long, hot summer.

This series, the ITV show's seventh, has proved popular with Brits, after viewing figures have skyrocketed in comparison to last year's Winter Love Island.

As we prepare for the Love Island final, we take a look inside the islanders' final day inside the Majorcan villa, and what they get up to.

In past years, the final is aired for an extra half-hour, running until 10:30pm.

The show is aired live, cutting to and from pre-recorded scenes in the 24 hours leading up to the final.

Usually, Love Island airs for eight weeks. In 2018, the format was extended from seven after it became so popular.

Viewers can expect twists and turns in the 90-minute final, but as it stands there are four solid couples all in the running to nab the £50,000 cash prize.

They are Chloe Burrows and Toby Aromolaran, Liam Reardon and Millie Court, Faye Winter and Teddy Soares, and Kaz Kamwi and Tyler Cruikshank.

The final four were confirmed after Jake and Liberty decided to leave the villa after they split up with just three days to go.

If the voting pattern follows the one set during last year's winter series in South Africa four couples will duke it out in the gripping finale.

Bookies currently have Toby and Chloe down as favourites to win, but they are neck-and-neck with co-stars Liam and Millie.

Teddy and Faye are next in the running, having made it to the finale despite her erupting in fury at him in scenes that sparked vast numbers of Ofcom complaints.

And Kaz and Tyler currently have the lowest odds.

What happens during the Love Island final?

The final will be hosted by Love Island host, Laura Whitmore and will see her announce the winners of this years winter Love Island 2021 series.

There's no set agenda in place for the final, and show bosses are well-known for switching up the show's format.

However, previous seasons have all followed a similar pattern.

Every year, the finalists have a final 24hrs full of fun and pampering.

The past few seasons have seen the contestants be whisked away for a makeover day where the girls get their hair done and pick out some ballgowns as the guys get ready in their suits.

There's then a celebration prom of sorts thrown in the villa's garden, where the couples see their other halves looking incredible and the Islanders all have a few drinks as they look back on their time on Love Island.

A declaration of love

Every year we've seen the finalists have to prepare some kind of poem, song or declaration of their love, which is read out or performed during the ball.

It's had us all choking up every single year, as the Islanders all show off their sensitive sides.

After the pre-recorded scenes of the previous day are aired, the show cuts to Laura Whitmore in the Love Island villa as she presents the rest of the finale completely live.

Typically, the show has a live audience, and the villa is filled with friends, family and various other lucky viewers who've won a place at the final.

However, due to Covid restrictions it's unknown whether this will be a possibility.

Love Island Aftersun was aired just outside the villa's main entrance this year, with a small and socially-distanced audience, so a live audience for the final is definitely still a possibility.

After all of the couple interviews and best bits are shown, it's crunch time for the couples.

The couple who came in fourth place are announced first, followed by the couple in third place.

Then, after a look at both of the top two couples, the winners of Love Island 2021 will be announced by Laura.

The winners will scoop a £50,000 prize, dividing the share between them if the recent twist is scrapped.

Over the past two seasons, bosses introduced a new twist where the presenter offers the winning couple two envelopes.

One will hold a card stating they have the £50,000 prize money, the other will have nothing inside.

The contestant with the envelope of cash must then make the choice whether to keep the money or share it with their partner in a game of Love or Money.

So far, no one on Love Island has ever taken the entire cash prize all for themselves, and it's unknown whether this part of the finale will be kept.

Who are the show's previous winners?

Last series, Paige Turley and Finn Tapp were crowned champions and split the prize between them, using the funds to move in together.

In series five, winner Amber Gill managed to couple up in the final two weeks and win the crown with Greg O'Shea, who dumped her over text five weeks later.

Dani Dyer and Jack Fincham scooped the £50K win back in 2018, but broke up less than a year later.

What JonBenet Ramsey’s Dad Has Been Up To

Kids and COVID-19: when will they be vaccinated?
Entertainment