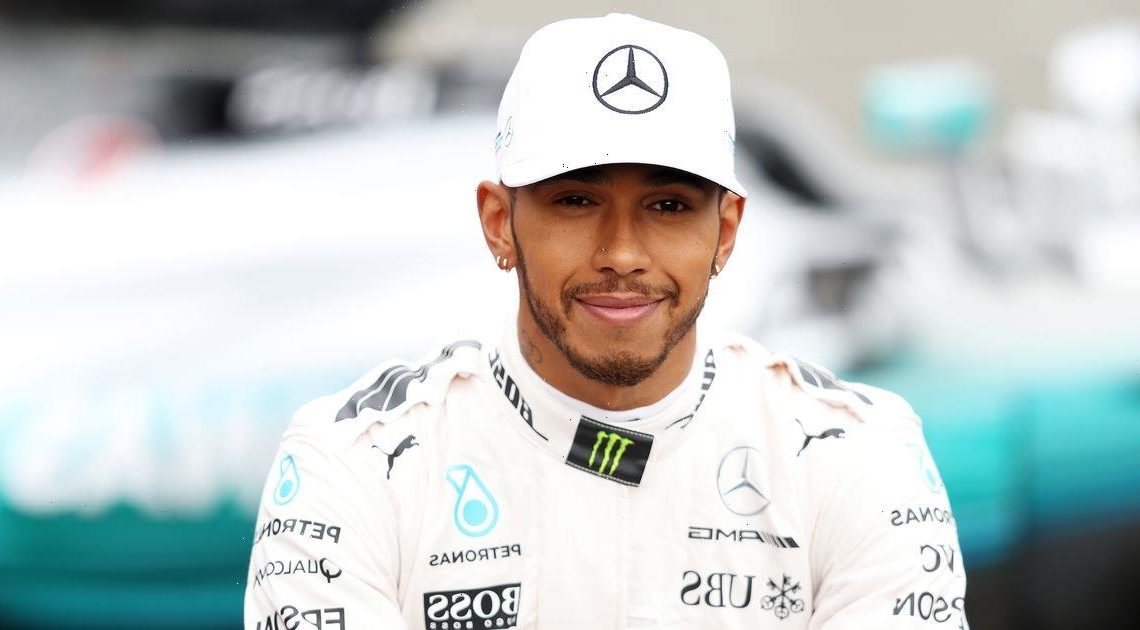 Lewis Hamilton is one of the most famous sportspeople to date, having made history as a Formula One driver.

The F1 champion, 36, recently missed out on the 2021 world championship to Dutch driver Max Verstappen, 24 in a dramatic race watched by millions across the world.

While he frequently hits the headlines for his driving achievements, Lewis' personal life has also been the topic of conversation over the years.

Over the course of his career he's been linked to numerous supermodels and celebrities, and previously enjoyed a long-term relationship with singer Nicole Scherzinger.

Here we take a look into Lewis' colourful dating history…

Lewis briefly dated model Danielle Lloyd in 2002, while he was a rising sports star.

The couple's romance lasted around six months before they split, but she has previously admitted that it ended on good terms and they continued to be close friends for many years.

Lewis and Jodia Ma were in a relationship for four years, which began in 2003 when they met at the Cambridge School of Arts and Science while studying.

The F1 champion was beginning to establish himself as a star at the time, and eventually the pair split and Jodia moved to Hong Kong.

Lotta Hinsta is the daughter of Aki Hinsta, who was once one of Lewis' F1 mentors.
Lotta and Lewis were rumoured to be dating in 2006, but after reports emerged about the alleged romance, Lotta shut them down by confirming that they were friends, they definitely were not dating.

The couple went on to date for a few months and in that time attended various events together, but the romance eventually fizzled out.

Christmas gifts for him: The best presents for men from just £10

Lewis and Nicole enjoyed a high-profile relationship which spanned eight years. They were one of the most famous couples in showbiz, but things eventually came to an end.

Lewis' sporting commitments and Nicole's TV and singing career allegedly put strain on their relationship, with them both constantly travelling and being busy.

They called it quits in 2015, and it's believed things didn't end very amicably, with Nicole previously admitting she cut all contact with the F1 star after they split.

After splitting from Nicole, Lewis was rumoured to be dating Rihanna later in 2015.

Rihanna had been friends with the sports star for many years, but reports began to circulate that they were taking their relationship to a romantic level.

The pair were spotted spending time together in New York during the summer that same year, but neither Lewis or Rihanna confirmed or denied reports of romance.

Later on in 2015, Lewis dated Veronica Valle for around three months.

Their short-lived romance appeared to end sourly, with Veronica previously lifting the lid on their time together and heavily criticising the F1 driver.

One X Factor judge wasn't enough, and Lewis allegedly dated Rita Ora in 2016. Though their relationship was never confirmed, they were pictured looking cosy on numerous occasions.

The singer reportedly enjoyed a holiday with Lewis in 2016, and she then attended the Abu Dhabi Grand Prix later that year in November, as his special guest.

Victoria's Secret model Barbara Palvin grew close to Lewis in 2016, and the pair are believed to have enjoyed a short-lived fling.

The F1 ace met Hungarian model Barbara at the Cannes Film Festival, and they appeared to hit it off instantly. She then joined him at the European, Hungarian, and Monaco Grands Prix during that season.

Lewis was linked to supermodel Kendall Jenner in 2016, after he was spotted enjoying a holiday with the Kardashian clan in Cannes and Monaco.

However the relationship looked to have never got much further, and eventually it fizzled out.

Supermodel Winnie Harlow and Lewis set tongues wagging in 2016 when they were pictured at the GQ Awards together in September 2016.

As romance rumours began to fade, they were then snapped together at the amfAR Gala in Cannes in May 2017 together, but neither spoke out about the alleged relationship.

In 2017, the F1 champion was believed to be dating model Sofia Richie, Lionel Richie's daughter.

Lewis was pictured looking cosy with the model at the Couture Fashion Week in Paris, before apparently taking her out on a date a few months later.

Neither confirmed or denied the rumours, but Sofia eventually went on to find love with Scott Disick.

Rapper Nicki Minaj was linked to Lewis in 2018, after rumours that the pair had hooked up in the summer began circulating.

Pictures from New York Fashion Work first had people talking, before Lewis and Nicki began sharing snaps on social media with each other. Most notably, they enjoyed a trip to Dubai together which prompted many of their fans to presume they were an item.

Instagram model Zahra Elise was snapped leaving Kevin Hart's 40th birthday party with Lewis in 2019, and many wondered if she was the F1 ace's new girlfriend.

They were pictured leaving in Zahra's Range Rover Evoque and stopping at a petrol station together before heading to Zahra's house.

Lewis' most recent romance is rumoured to be with swimwear model Florence Mueller, who he was spotted on holiday with in 2020.

While the pair looked to hit it off in a series of snaps taken aboard a yacht, sources close to them denied they were romantically involved with one another.

A source previously told The Sun: “Lewis and Florence aren’t dating, they’re just good mates. She joined him on the boat as part of a group of pals with Lewis.

“They get on but there’s nothing romantic going on between them at the moment.”

For all the latest celebrity gossip, sign up to our daily newsletter here .