At 1.26pm on July 16, 2010, a man named Mike Krieger uploaded the first ever photo to the photo-sharing service that would soon become known as Instagram. Krieger, who wrote the code for that service, later sold Instagram to Facebook and became very, very rich. But at the time he was just your average nerd. Krieger’s first photo was a badly framed landscape, but two-and-a-half hours later he changed the world forever when he posted the first ever Instagram food shot.

You can still find that photo online. It doesn’t pass muster by today’s standards – it’s dark and blurry and taken at the end of a Vietnamese meal when things are a mess. The choice of filter is highly questionable. And yet it stands as a turning point in culinary history. It has changed the way chefs work and the way we eat.

Instagram was launched as a place for people to share the photographs they had taken. You set up an account and by default anyone on the whole internet can follow you and see your photos. They can like them and comment beneath. The big idea of Instagram in the early days was ‘‘filters’’, which added different colour and shading effects to photographs. Instagram hoped to change the way photos looked. 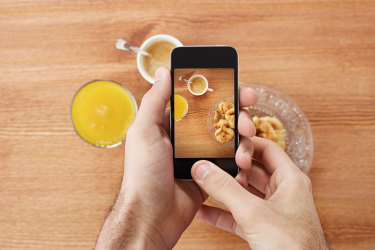 They certainly did that. But they also quite accidentally managed to change the way the world looks. Nowhere is this more visible than when you go out to eat. Food has subtly changed. Restaurants whose dishes are shared online gain free marketing, with the promise of new customers, while those whose dishes never grace social media must work twice as hard to keep up.

As a result, meals at fashionable places now pop with colour and symmetry. They must be plated up with precision. They dazzle visually. Stews and mushroom soups? Too brown. Mashed potatoes and scrambled eggs? Too sloppy. It’s a great era for colourful fruits and shapely vegetables. Boring meats are arrayed artfully and accompanied by elaborate garnishes or bright sauces.

I remember when I first realised how important visual presentation had become for food. I ordered a serve of nachos at a fashionable brunch spot. Nachos are famously messy, but not this time. The plate came out looking sculptural. Atop the gleaming pile of guacamole and artfully scattered tortilla chips, a large circle of candied orange was perched vertically. It was so surprising and stunning, I immediately reached for my phone to take a photo. As I did so another meal was placed on the table, more beautiful than the last.

I gasped, at first in awe and then in realisation. Opening Instagram and seeing the restaurant’s account only confirmed it – this was strategy. (The strategy requires not only aesthetic brilliance but continual innovation. A slice of orange is no longer enough to compete in the Instagram marketplace; since I was there, Instagram reveals this brunch spot has begun serving eggs benedict on the blade of a shovel instead of a plate, and a sandwich with a syringe of smashed avocado inserted in it.)

Chefs have always cooked for our eyes as well as our stomachs. The two needs were in balance so long as restaurants relied on word of mouth. Now the marketing reach of visual impact is far greater than the reach of flavour. At fashionable restaurants – the kind that relies on Instagram to refill the lines of patiently waiting customers that snake around the block – the need for dishes to be beautiful has streaked ahead. 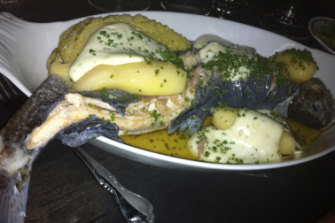 No: photographer Pete Wells was criticised for posting this photo of a trout dish online.Credit:The New York Times 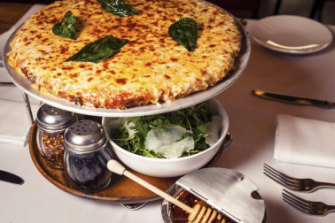 Of course, dishes can’t taste bad if a restaurant is to be successful. And, of course, a local restaurant with a loyal clientele can retain a terrific following with humbler-looking offerings. But until someone can invent an app that shares flavours, it will remain extremely challenging to go viral with a delicious but ugly meal.

Instagram is increasingly part of the recipe for restaurant success no matter how big or small you are. In 2014 the US fast-food chain Chilli’s did a full marketing refresh. One of its big decisions was to spend hundreds of thousands of dollars each year on a flavourless glaze to put on its burger buns so they would glisten better in photos.

Restaurants’ fever for Instagram success also means styling has gone beyond the food. One San Francisco champagne bar, The Riddler, is especially Instagram-savvy. It offers a panoply of quirky menu options that pop up on Instagram time and again. The ‘‘chambong’’ is a good example, described on the menu as ‘‘a bong of bubbles. Yes, this is a thing.’’ (It functions the same way as a beer bong – it’s a champagne flute with a tube at the bottom to drink from.)

It’s not just the menu options that are Instagrammable at The Riddler: a simpler and even more Instagrammable feature is the table reservations. When tables are reserved, the signs have celebrity names on them: ‘‘Reserved for Oprah’’, ‘‘Reserved for Lady Gaga’’, etc. To judge by the volume of Instagram posts, this simple addition to the dining space is a thunderbolt of marketing genius.

The word ‘‘instagrammable’’ barely even existed prior to 2015. Now it’s the difference between success and failure for a whole subset of restaurants. There’s growing evidence that chefs invent dishes with photography in mind, and the trend is placing flavour at risk. The blog of the esteemed Auguste Escoffier School of Culinary Arts in the US now feels it necessary to provide tips on how to ‘‘Create Instagram-Worthy Plates That Aren’t Staged Or Flavorless’’. 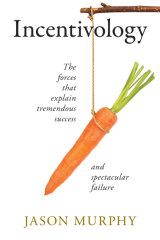 Did Instagram really change the world? Hardware aficionados could take issue with this analysis. They might say that the ubiquity of high-quality photography has driven the change described, that putting a camera in every pocket is the swing factor. That’s true enough – without phone cameras there would be no Instagram. But it’s an overly simple analysis that takes the human out of the picture: cameras don’t share photos alone. While the lenses and light sensors made the app possible, it’s humans who take and share food photos. Why? Because incentives affect humans, not hardware.

The attention that accrues to Instagram photos is valuable because we are a social species. We generally crave the recognition and love of others. As anyone who has an Instagram account knows, when you see a beautiful scene, it isn’t long before you think of photographing it and once you’ve snapped a photo it isn’t long before you think of sharing it.
The primary incentive provided by Instagram is intentional – to take and share beautiful photos. The second-round effect – that the restaurant business becomes a much more visual one – is entirely accidental.

This particular accidental incentive is mostly good. The contrarian view is easy to find – chefs pine for an imaginary past when diners cared only about flavour. And, sure, a few dishes may have suffered flavour-wise, just like a few San Francisco nights have surely gone haywire after one too many chambongs. But mostly the incentives created for restaurants by Instagram are benign – they encourage the industry to create an environment that is more visually delightful.

The accidental incentives created by Instagram in other domains, meanwhile, are different – the high flow of rewarding likes for selfies taken on cliff edges, for example, contributes not only to increased erosion of delicate landscapes but also to frequent death by misadventure.
Whenever a system is created that relies on human interaction or human emotions, incentives change. If the system is big and powerful enough, then even the most subtle change in incentives can aggregate into a powerful behaviour change.

This is an edited extract from Incentivolgy by Jason Murphy, published by Hardie Grant Books, $32.99.

Excuse Me, Carrie Underwood Gave Birth Four Months Ago And Looks Like THIS In A Bikini
Entertainment