Home » Lifestyle » In Melbourne’s west, a new frontier for the arts is finding its power 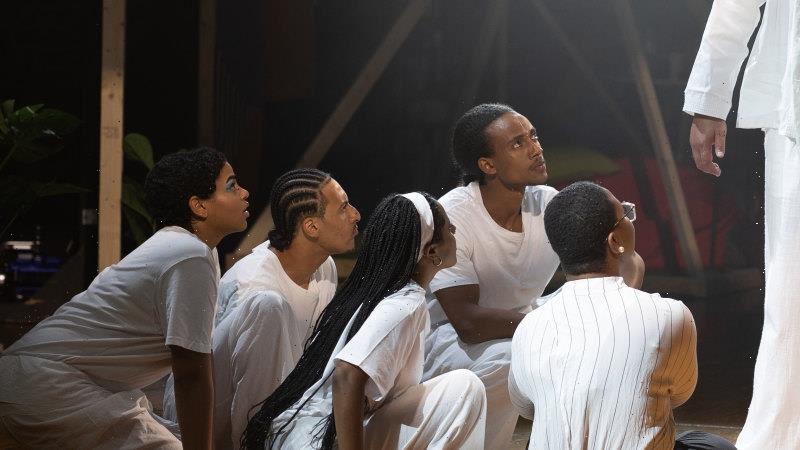 In Melbourne’s west, a new frontier for the arts is finding its power

Fans of ’80s action heroes will get a kick out of Melbourne-based Samoan actor Michael Logo’s character name in new feature film The Retreat. He plays dubious guru Denzel Stallone, a power player in the showbiz world who brings bright young hopefuls to his artist’s retreat.

But all is not as it seems, and the price of fame may be too much. 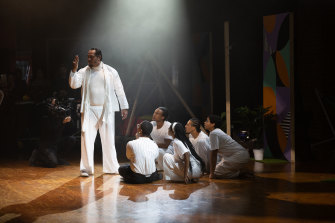 The Retreat was developed over Zoom, rehearsed in a week and shot in two days.Credit:wāni Le Frère

“You think Stallone’s going to be this amazing guy, but he actually doesn’t know much,” Logo says. “All these people, you realise it’s not them who has the power, it’s us that gives it to them, so they become bigger than themselves.”

It’s a fine seed for a story. But there’s a deeper symbolism here. The Retreat was first envisioned as a theatre work, created by Western Edge, a bold initiative from Melbourne’s west that aims to nurture the talents of young people who might otherwise find it hard to break into the industry’s structures and networks.

Western Edge is all about dismantling structures like this, building up young actors to tell their stories in their own voices in a safe and inclusive space. Logo is one of six young actors hand-picked for the youth arts company’s inaugural Sub30 Collective, an ensemble receiving professional development to turboboost their emerging careers.

Logo (Why Are You Like This, Paper Champions) has flourished in the program, playing Hamlet’s father in a production of the Shakespeare classic featuring sections he translated into Samoan language.

“With the conversations that I had to have to translate it, I grew closer with my father and my community,” he says. “Western Edge has given me the opportunity and space to speak up and create. Usually you go into these rooms and you’re just given a script and expected to know things. Here we can make mistakes and ask questions.”

The Retreat is a collaborative work two years in the making. Co-written by the Sub30 participants, who also perform in it, the show was worked up over Zoom during lockdowns, evolving into a filmed staging shot over one weekend at The Substation, directed by Tariro Mavondo and Penny Harpham and filmed by Harry Charnock. The resulting film will debut at Werribee’s Wyndham Cultural Centre on Friday, June 10.

Streaming Hamilton on Disney+ gave Logo the confidence they could pull it off. “As we got closer to filming, I was like, ‘Aww, we might have overshot.’ And everybody else was like, ‘No no no, we got this.’ And we did.”

He loves doing outreach work in schools like St Albans’ Victoria University Secondary College (VUSC). “What we’re trying to do with Sub30 is open the doors and keep them open so our community and our people can come through.”

“I wanted to do this for the rest of my life, and then when I came [to Melbourne], I was a bit nervous because I didn’t know anyone, so I gave it up for a while,” she says.

She plays hopeful young actor Anulika in The Retreat. “I specifically chose an Igbo name because I wanted to represent my culture,” she says. “She’s very passionate about her work, but she’s going into the industry already feeling like people are out to get her. I feel like a lot of people of colour go into the industry feeling like they have to have their guard up.”

All six Sub30 members are people of colour.

“When I first started in the industry, it just felt like there was no place for me,” Okorom says. “Sub30 built up my confidence to be able to walk into rooms and be like, ‘This is who I am.’ I’m not gonna have to change myself to fit into these rooms. It’s given me the opportunity to tell such rich and amazing stories with people who look like me around me, which is heart-warming and very important, because then the future generation also look at that, get inspired and believe that they can also be in this position.”

The Retreat is at Wyndham Cultural Centre Friday, June 10, wyncc.com.au