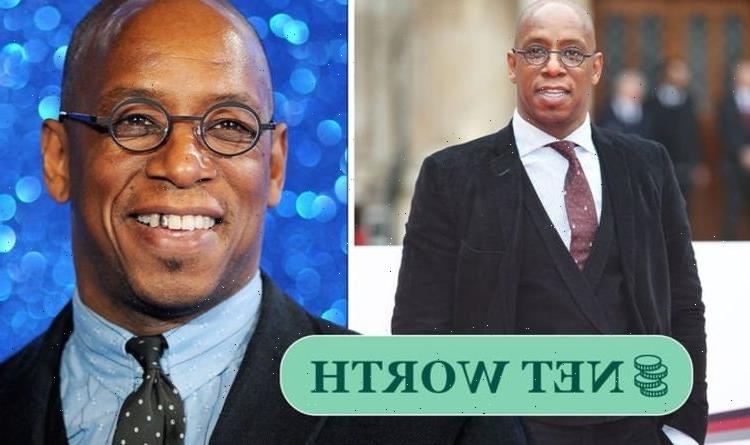 Ian Wright net worth: How much money has new Moneyball host made? Ian’s millions revealed

Ian Wright, 58, is the presenter of ITV’s new game show, Moneyball. Described as “exhilarating, fun, dramatic, everything you want from a game show” by Ian, the programme’s second series will be released tonight at 6:30pm.

As a former professional footballer for London clubs Crystal Palace and Arsenal, Ian is a much-loved British icon.

Since his football career, he has made a slew of TV and radio appearances, including the BBC Radio Four award-winning show Desert Island Discs.

Ian’s emotional interview with Lauren Laverne in 2020 was nominated for Radio Times’ Moment of the Year this year.

In it, Ian remembers the extraordinary schoolteacher who helped him during a difficult period in his life, believing in him and inspiring him on the way to his ultimate success.

Thanks to his incredible football skills and talent, Ian has amassed a huge sum of money over the years.

The 58-year-old has an impressive net worth of around $20million, according to Celebrity Net Worth.

That’s equivalent to around £15million.

However, Ian was not always wealthy.

Growing up in Woolwich, southeast London, he lived with an abusive stepfather who made life difficult for him and his mother.

Football was Ian’s respite, but at first he struggled to sign a professional contract after having trials with various clubs during his teens.

In 1985, he signed with semi-professional club Greenwich Borough and was reportedly paid just £30 a week.

After just a handful of matches with the team, he was spotted by a Crystal Palace scout and signed with them.

The professional contract came just months before his 22nd birthday, making him relatively old to be breaking into professional football.

However, Ian quickly showed off his impressive talent, scoring nine goals in his first season and being crowned Palace’s second-highest scorer.

The football star built up his bank account staying at the club for six years and received international honours, reaching 100 goals for Crystal Palace.

The TV personality made a move to Arsenal in September 1991, signing a £2.5million deal which was a club record at the time.

The talented athlete became the top scorer for six seasons in a row.

After Arsenal, Ian moved to West Ham United in 1998 and, at the same time, began a career in TV and media.

The former footballer was a guest host on Top of the Pops and later had his own ITV chat show, Friday Night’s All Wright, which ran for two series.

Since his retirement from professional football in 2002, Ian has presented shows including I’d Do Anything, The National Lottery Wright Ticket, and Gladiators.

He was a former host on Talksport radio and has since worked on Absolute Radio and BBC Radio Five.

In 2019, Ian appeared as one of the contestants on I’m a Celebrity…Get Me Out of Here!, becoming the fifth star to be voted of the show.

How to make a big game snack board, according to a cheesemonger