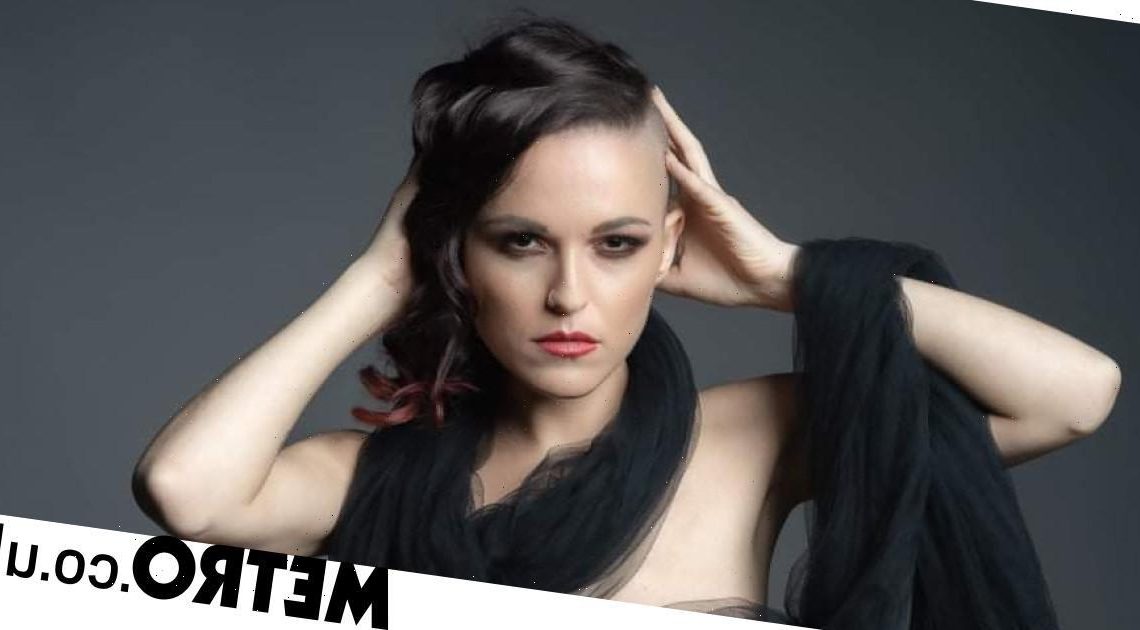 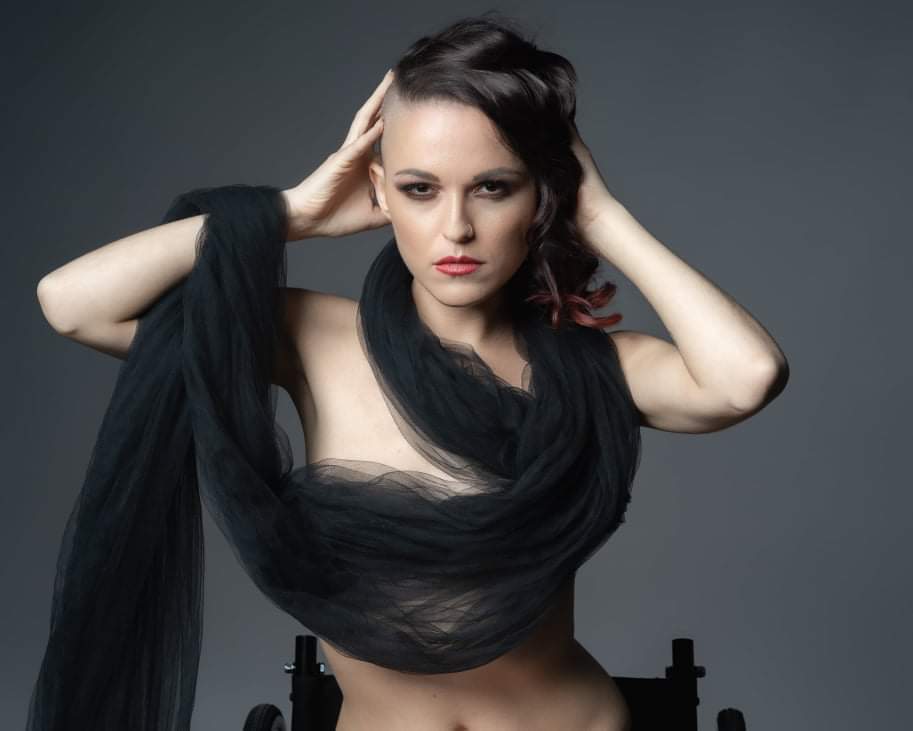 It is five minutes to showtime and the lift is broken.

My dressing room is five floors up from the stage door, and theatre staff are bundling me into an evacuation chair, which provides mobility-impaired people with a safe and comfortable way to evacuate a building in the event of an emergency.

They’re preparing to carry me and my wheelchair down several flights of stairs so I can perform burlesque to a crowded room.

The journey down will be neither quick nor comfortable, but I’ve had far greater obstacles in my path to performing.

I have a condition called Ehlers-Danlos Syndrome (EDS), which means I have a faulty gene that makes the collagen and connective tissue in my body deficient. This causes a host of problems including constant chronic pain, joint dislocations, skin tearing and chronic fatigue.

EDS is an invisible illness, so getting a diagnosis was a long and difficult process. Despite spending my teenage years in intense pain, I was told that it was ‘just growing pains’. Once when I was 19, sitting in a hospital bed with a dislocated shoulder, a doctor said to me: ‘The only way your shoulder can be dislocating so often is if you’re doing it on purpose.’

That’s why, when I was finally diagnosed with EDS at the age of 23, I was relieved. I was finally heard – and believed. The pain wasn’t ‘just in my head’ as I was told so many times.

Dancing has been a passion of mine since childhood – I was a competitive Irish dancer for many years. But when I was diagnosed I was advised to stop. Doctors said if I continued then I would be in a wheelchair by 30.

I’m not great at being told what to do, so the next day I signed up for burlesque classes.

I’d always enjoyed watching burlesque, and after being told not to dance, I decided to give this a go. As it turns out, I loved it – as soon as I started I knew it’s what I wanted to do as a career.

Soon, I started performing professionally, using my stage name – Little Peaches. I found it helped my condition to have an onstage persona because in my head, Little Peaches isn’t sick. When I am performing in character, I almost forget about the pain. It’s there – but I can block it out because of the adrenaline. It’s really cathartic.

For several years I performed on my feet as Little Peaches, suffering the side effects in silence. In 2018, after a UK tour, I woke up in so much pain I could barely function. I lost mobility in my arms and legs, my skin felt like it was being burnt from a simple touch and I even had trouble seeing.

I had an amazingly supportive group of friends who were by my side every step of the way – visiting me in hospital, carrying me to the toilet, and bringing me enough hummus to feed the ward.

After three months in hospital and becoming predominantly a wheelchair user, I thought my dancing days were over. But my incredible friends convinced me otherwise. Their encouragement gave me the drive to give burlesque another go.

I resolved to dance through the pain until I found a way I could still be Little Peaches – only now, with wheels. I danced in my chair for the first time in 2018. It was successful and received several lovely reviews. In fact, I was booked in several different countries on the back of that first performance.

Performing in my chair, I was determined to find accessible performance spaces where disabled artists have the spotlight we deserve. I also wanted to create a space for performers with invisible illnesses, because up until being in the chair, I knew all too well what it was like to have a condition nobody can see – people doubt you, so often you’re not believed.

I started DisabiliTease, a cabaret act starring performers with disabilities – both visible and invisible – and different talents including poets, circus, drag and burlesque. It showcases the immense talent and power of artists doing things that people don’t expect us to be able to do.

Our debut venue had mobility aid access, a hoist in the bathroom, a quiet space for performers and audience members, a British Sign Language interpreter and a stage with a beautiful sparkly ramp running straight up the centre.

Even when the lift broke down, the staff were fully trained and sprang into action to get me on stage. An engineer thankfully got the lift working with moments to spare and the evacuation chair was narrowly avoided.

Our first show was a huge success and we made a documentary about it with BBC Radio 1 Newsbeat. Since the pandemic, DisabiliTease has produced two more shows online – adding audio descriptions for even more accessibility. When restrictions lift, we hope to produce another live show in September and stream it online for those unable to attend in person.

Everyone deserves the pleasure of theatre, even when the world goes back to ‘normal’. My dream is to tour DisabiliTease and provide an inclusive theatre experience for audiences as well as performers.

The arts are essential and we all deserve to enjoy them.

MORE: As a wheelchair user, I never imagined I’d be cycling alongside other commuters

MORE: Being disabled is a full time job, but it shouldn’t have to be