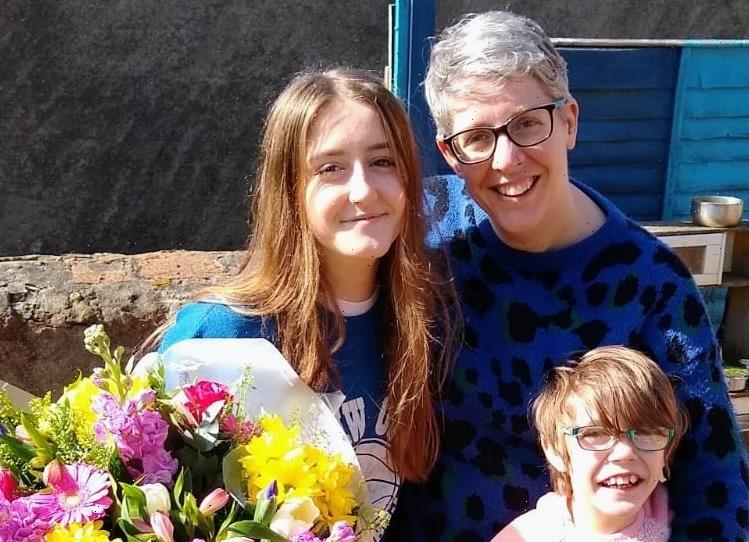 I was sectioned just 10 days after my daughter was born 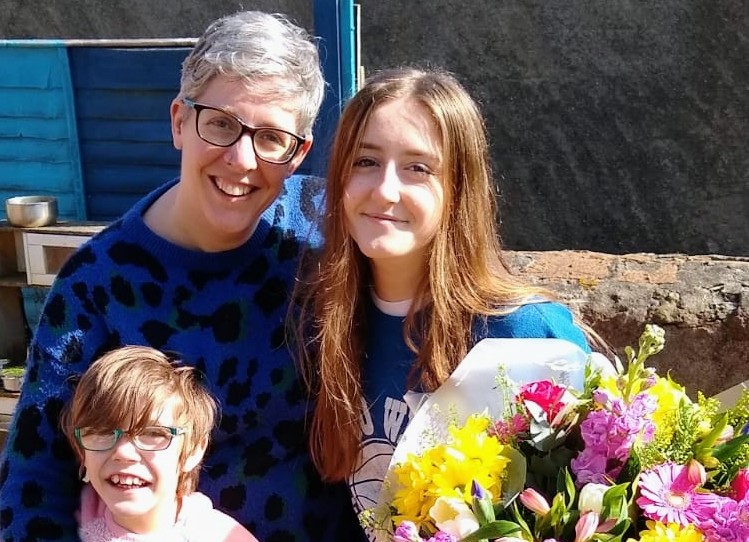 My 16-year-old daughter Anya recently wrote me a beautiful card.

‘I don’t know how many more times I can say I’m glad you’re my mum but I am endlessly glad of it – every day. I’m glad that you’re still here and we have the relationship that we do. You bring joy to the whole family, even when you don’t feel joyful.’

It felt incredible and humbling to read these words after all we have been through as a family.

Ten days after Anya was born, I was rushed to a psychiatric hospital. A crisis team had visited our house just a few hours earlier and confirmed that I was suffering from postpartum psychosis.

Postpartum psychosis is a severe mental illness that affects around 1 in 500 new mums – but is much more common for women who have bipolar disorder, like me.

I wasn’t diagnosed with bipolar until I was 40, a decade after I gave birth to Anya, and as a new mum, I was completely unaware of the signs and symptoms of postpartum psychosis.

After Anya was born, I suffered from extreme sleeplessness, feeling elated and intensely spiritual.

I had suffered from mild depression in the past, but nothing like the mania and psychosis that was beginning. I believed that Anya and I had a divine purpose in the end of the world, which I believed was imminent.

Hallucinations of angels with vivid butterfly wings followed, and I saw serpents coiled in my bedroom. My husband was terrified and exhausted by my erratic behaviour and, after seeking help from an emergency GP, he had to take me to our local psychiatric hospital – we both knew I would be separated from Anya as there was no Mother and Baby Unit bed available.

I saw Anya for a short visit most days during the month that I was in hospital, but I was often disorientated and struggled to get to grips with practical tasks like preparing a bottle or changing her nappy.

Confused and sleepless, I tried to use my breast pump in the psychiatric hospital – only to have a nurse tip the milk down the sink. I had to be reminded that I couldn’t now breastfeed due to the medication I had to take. Our baby daughter was at home, the community midwife feeding her a bottle of formula.

I felt angry that a stranger was looking after my baby, and that my hopes of the special bond of breastfeeding had been taken away from me in an instant.

I was discharged home a month later as the psychosis had gone but I felt detached and incompetent, often looking at my baby on her playmat and wondering what I was supposed to do. I sank into a dark depression and had to be readmitted to hospital after attempting to take my own life.

Over the next 10 years, I suffered repeated episodes of suicidal depression and had postpartum psychosis a second time after my daughter Ella (now aged 11) was born. I was hospitalised eight times, each time being separated from family for a month or more. I was often far from home, and my last admission in 2016 was over 50 miles away.

Guilt over the impact of my mental health on my daughters consumed me, but we worked hard to make visits every three or four days meaningful – I would bake something or make artwork or jewellery to give to the girls, and I held and cuddled them even when my heart felt empty.

The toll on my husband was immense as he struggled to arrange visits while keeping the routines of school and baby groups going. Between episodes of illness I worked tirelessly campaigning for more Mother and Baby Units (MBUs) where women with severe postnatal mental illness can stay with their baby and be treated by specialist professionals to support their confidence and bonding with their child.

I spoke to commissioners in the South West about our experience, particularly Anya’s distress at me being in a locked psychiatric ward when I was hospitalised again after Ella’s birth, and the huge need for an MBU in our region.

In an MBU a mum’s partner and other children are usually able to visit freely so that time together can feel as normal as possible – playing in a lounge together or having storytime on mummy’s bed. In 2019 Jasmine Lodge – a beautiful bespoke, 8-bed Mother and Baby Unit opened in Exeter just 20 minutes from where I live. I was involved throughout the build, supporting a group of parents to consult on the facilities and design.

I supported staff training and was recruited as one of the first peer support workers on the unit. As I spoke at the opening of this MBU as a mum and campaigner, I looked over at Anya and our eyes filled with tears of both loss and gratitude. Ella ran over to me and hugged me tightly and we looked out at the peaceful garden.

Today, there are 151 MBU beds in England, but just 12 in Scotland, 6 in Wales and none in Northern Ireland.

Too many women across the UK are still separated from their baby and family at the most critical time in their life as a mum.

Now, I work for the charity Action on Postpartum Psychosis and am proud of how passionate both my daughters are about the need for the right care for ‘mums with poorly brains’.

Our journey as mother and daughters has had times of immense sadness due to my mental illness, but it has also made us hold on to each other more tightly.

We are making up for lost time in simple ways – days at the beach, singing along to songs on the radio in the car, cooking together.

Just being a mum, right by their side, is the best way to show them every day that I love them.

Anyone wanting support or further information about postpartum psychosis can visit www.app-network.org