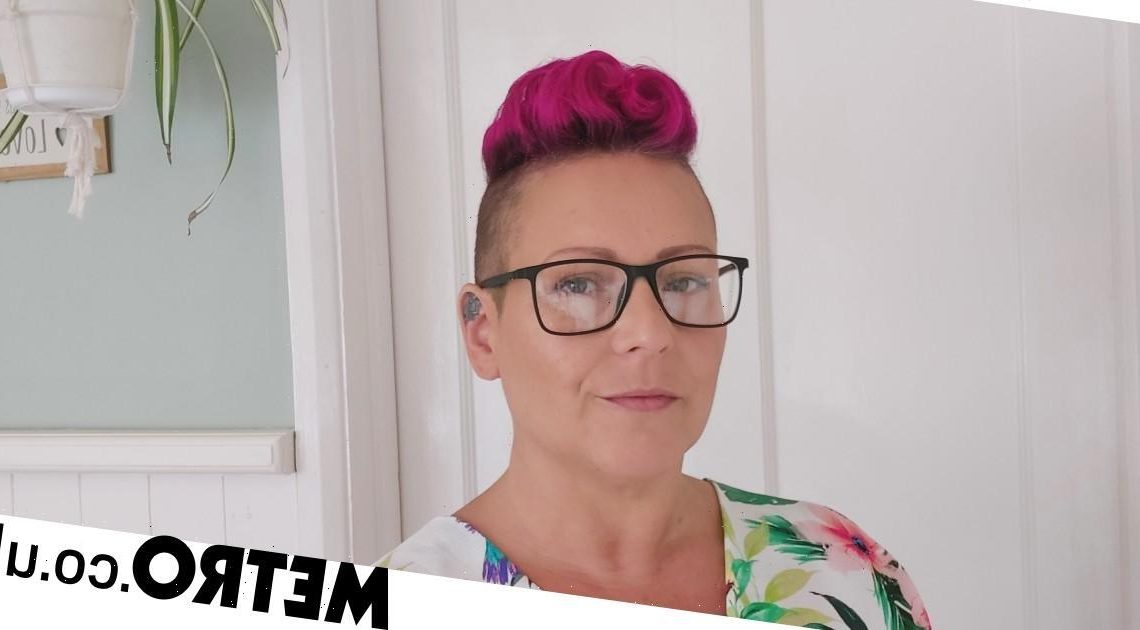 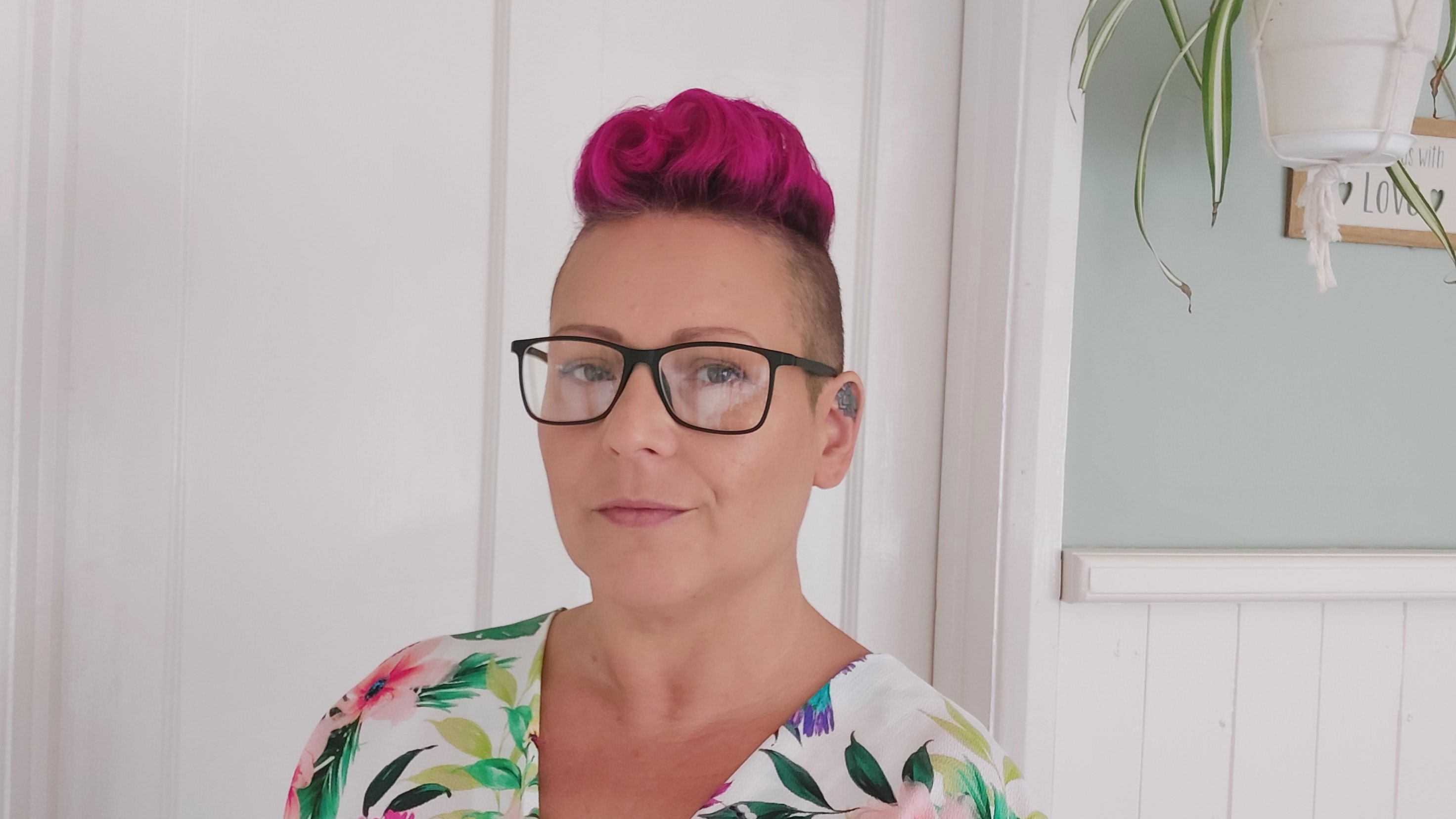 ‘I love you – mammy will write really soon’ were the final words I said to my children before they were taken on 2 July 2004.

My eldest boy was five, my youngest was 15 months old. I was advised by social workers not to cry, to make it a positive experience for them. As if there was any way to make parting, potentially forever, ‘positive’.

I believed my sons needed to know that I was sad they were leaving. So I held them, exchanged gifts, shared stories, laughed and, yes, cried. After 45 minutes, I carried my boys from a social services conference room to a car, strapped them in, kissed them and watched as they were driven away. Then I fell to the floor, nursing an ache that would never heal.

I’m what’s known in the family justice system as a ‘birth mum’. This simply means that the children I gave birth to, nurtured and loved were removed by the local authority and placed into adoption because they were worried I couldn’t keep my sons safe from my violent ex-partner.

When social workers feel a child is no longer safe at home, they can be removed into the care system.

From that moment, I was no longer legally their mum. I was told that if I was lucky, I could receive one letter a year with an update. Otherwise, I was left to deal with a kind of grief rarely spoken of.

When I promised to write to my boys, I had no idea it would be up to the adopters to decide if I could. People who were probably told I’d neglected my children. Would they be told the truth – that I was a victim of domestic abuse? That I had been left unprotected and blamed for not shielding my children?

At first, I heard nothing and sank into depression. It turned out that initially there were no adopters for my children so a letterbox contact couldn’t be organised. I couldn’t bear the thought of my sons thinking I didn’t care.

Eventually, thanks to a charity called After Adoption (now sadly closed due to funding cuts) I finally got a precious letter. My sons were happy and healthy, but most of all they were safe. Feeling reassured, I began to take tentative steps towards a life without my children. I volunteered at a local charity shop, made friends and stopped hiding at home.

In 2007, at an After Adoption event, I met a legal adviser at Family Rights Group – a charity that works to enable children to be raised safely within their family, and strengthens the family ties of children unable to remain at home. She encouraged me to join a working group of judges, social workers and families looking at law reform – professionals who could learn from my insight and experience in order to improve their working practices.

In no time I became part of the team, delivering domestic abuse training alongside legal experts, travelling all over the country to speak at events and challenging the way parents who are victims of domestic violence are viewed and treated.

Not a day went by when I didn’t think about my boys. The agony was unbearable at times but I poured my emotions into the talks I was giving. I wanted people to know how much I loved my children and that their absence had not changed that in any way.

I helped the Family Rights Group set up panels of parents with experience of the child welfare system – I hoped my boys would be proud of my achievements.

I had much to tell them in my annual letters. I was lucky as their new parents were amazing, reassuring me that my boys were safe and loved. They sent notes handwritten by my eldest son, and always included photographs so I could see how they had grown.

They travelled all over the world and I loved hearing about their adventures, and what their personalities were like.

Fuelled by the letters, I began living again. In 2008, four years after my boys left, I met my husband and, in 2011, we had a daughter. The local authority had no concerns about my parenting – an enormous relief as I had heard of many birth mothers losing children because of their past.

But I couldn’t get the boys back because adoption is final – in law you are no longer the children’s parent – no matter what changes I made they would never be legally ‘mine’ again.

I wrote to my sons telling them about their little sister, and she grew up hearing all about her big brothers. She would always ask when she would get to meet them, which was hard as we didn’t have an answer.

Then, the letters stopped. My eldest son was a teenager; he didn’t want to write. His mum tried persuading him, but I told her not to. If he needed to let go then I gave him my blessing. I said goodbye once more, hoping he would come back to me. I continued sending birthday and Christmas cards so that they knew I hadn’t forgotten them.

To help cope, I put all my energy into trying to change the family justice system. I want the way it treats adult and child victims of domestic abuse to change – they need to be given proper support. Adult victims should not be judged or blamed or held responsible for the actions of the perpetrator and lose their children. And, when a child is adopted, I want support to be made available for the birth family and adopters.

I believe we should do all we can to keep the adult and child victims of domestic violence safely together and only separate them where absolutely necessary.

Working with the members of the parent panels who had similar experiences to me has made me fight harder.

Then, out of the blue in December 2020, I received an email from my old local authority to say my son wanted to contact me. I fell to the floor, sobbing – 48 hours later we video called.

There he was, my beautiful boy, now a man, yet the same as I remembered him. The way he tilted his head, his smile, his laugh and his poker-straight hair.

We chatted, but I wasn’t prepared for what he told me. He’d been fighting to contact me since his 18th. The local authority had refused to help, saying I was a safeguarding risk to his younger brother. I don’t know why they said this – how could I be a risk when my daughter had no local authority involvement and my ex-partner had died years earlier? My son was never given an explanation.

It felt as if one part of the local authority didn’t know what the other was doing.

In the end, his mum had helped him find me. They Googled my first name, knowing I had done work around adoption awareness. My son read all my blogs and watched videos I had made. He went back to the local authority and told them if they didn’t put us in contact, with support, he would contact me online. They eventually agreed and that’s when I received the email.

All those years of fighting to change things for others and I had no idea it would bring my boy back to me. He told me how proud he was of me, telling our story honestly and openly. I don’t know how I held it together when I heard that, I can’t even put it into words, I was so overwhelmed.

As my sons and their adopters live abroad we have only been able to speak on video calls. I hope one day we will be able to meet in person and my daughter will finally get her wish – to meet her brothers.

My youngest son knows that his brother and I are in contact, but he needs time to process it all. It’s his journey and his decision, which I respect.

I wish I could say that my story is unique, that victims of domestic abuse are no longer blamed for being abused, that their children are not being permanently removed, but I can’t. I know many birth mothers who have lost their children who daren’t speak out through fear they may lose what little contact they have with their children.

We know that two out of three mothers advised by Family Rights Group advice line in 2018/19 said that domestic abuse was a reason the local authority were involved in their lives.

In November, when our current Chair retires, I will become the first birth parent to hold the position of Chair of Trustees at Family Rights Group.

It took me 17 years of fighting, and I have many more to go, but it’s been worth it to see the smile on my eldest boy’s face once more – knowing I’ll never have to say goodbye again.

18-24 October marks National Adoption Week, a campaign which aims to highlight and champion all aspects of adoption.

Adoption Month is a month-long series covering all aspects of adoption.

For the next four weeks, which includes National Adoption Week from October 14-19, we will be speaking to people who have been affected by adoption in some way, from those who chose to welcome someone else’s child into their family to others who were that child.

We’ll also be talking to experts in the field and answering as many questions as possible associated with adoption, as well as offering invaluable advice along the way.

Cinematographer Halyna Hutchins killed by a prop gun, just as her career was taking off