Home » Lifestyle » “I am a survivor of narcissistic abuse. This is my story” 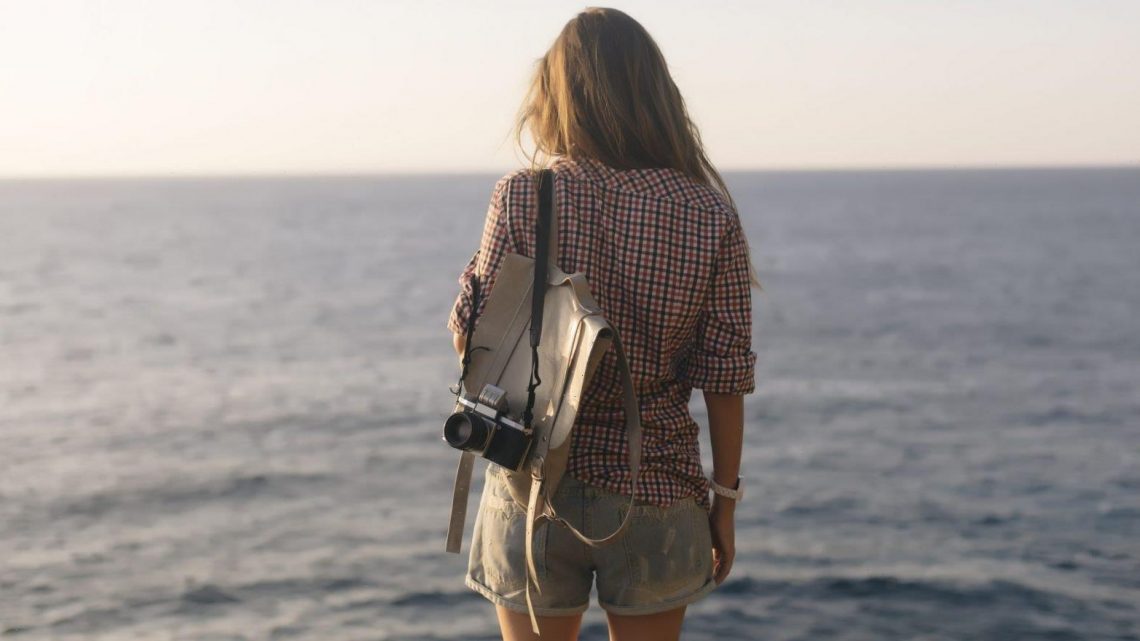 “I am a survivor of narcissistic abuse. This is my story”

Ronia Fraser – now a leading trauma recovery coach – lost all sense of reality when her narcissistic partner began to manipulate and control her.

Narcissistic abuse, for those who haven’t heard the term before, is a form of emotional abuse perpetrated by someone who exhibits narcissistic personality traits.

These individuals have a tendency – whether conscious or unconscious – to use manipulative words, language, behaviours and mind games to damage, alter, or otherwise control their partner’s behaviour. Despite having become something of a social media buzzword, narcissistic abuse remains one of the least acknowledged (and least understood) forms of abuse. And, as a result, it can be incredibly difficult to realise when you’re trapped in a relationship with a narcissistic abuser.

I know, because it happened to me.

At the time, I was living my California dream life, which had taken me years to build. I had a very successful career as the head of finance for a multimillion-dollar international business operation, a beautiful house in the Hollywood Hills, and sunshine and palm trees all around me – I truly felt on top of the world.

At a party one night, a friend made a point of introducing me to a guy I “really needed to meet.” To be honest, he did absolutely nothing for me; he just wasn’t my type. Two days later, however, he was my everything.

He was kind, gentle and attentive, and he seemed to completely get what I was all about. He bombarded me with compliments (a technique known as ‘love bombing’, in which an abuser overwhelms a partner with compliments in order to subtly but very quickly gain immense trust, so they can then manipulate them). His touch, too, was out of this world; he was actually the one who taught me what affection was.

“Recovery from narcissistic abuse is a very lonely endeavour.”

In the early flush of our relationship, I felt seen, heard, valued, appreciated, validated and genuinely loved. In fact I couldn’t believe someone was so into me; no man ever had been so nice to me and treated me so well.

It helped, too, that we shared so many of the same interests, the same fears and insecurities. And, of course, he had a troubling childhood sob story – one that made me want to save him with all this love I had to give.

Fast forward a month, and my whole life had come crashing down. The man I’d fallen in love with had turned into a monster; someone cold, distant and cruel.

He would go missing for days and nights on end, always making sure I knew there was another woman more deserving of his attention, and making me feel utterly worthless in the process. And he stopped replying to my texts, too, leaving me panicking about where he was and what I had done wrong.

I did stand up for myself at first of course, but every time I tried, we’d end up fighting and within a few minutes I would become so confused by his conversation loops that I couldn’t even remember what it was all about. I’d find myself profusely apologising for whatever it was I supposedly had done, begging him not to leave me again.

These arguments would sometimes carry on all through the night, not only wearing me down emotionally but also intentionally depriving me of sleep. If we weren’t fighting, he would keep me waiting for him all night to achieve the same, knowing I’d be too anxious to go to sleep if he wasn’t home. Sleep deprivation is highly detrimental to our mental health and, very quickly, I had no strength and self-belief left. My reality became non-existent.

BBC One’s The Serpent recently brought the abusive tactic of ‘love bombing’ to the public’s attention.

He would tell me about things I had allegedly said or done while we were out, telling me I’d been an embarrassment. Who was this woman he was talking about? It didn’t sound like me, but he constantly changed the narrative until nothing I thought I remembered seemed to be true anymore.

I knew nothing of gaslighting back then, and didn’t realise that I was being manipulated; my behaviour became increasingly erratic and irrational, he started to call me “crazy,” and I started to believe him. So did everyone else.

If you’re wondering why I didn’t just walk away, you need to know that a relationship with a narcissist is nothing like a normal relationship; they are very good at being charming when they have an outside audience. In the privacy of your own home, though, it’s like the game Jenga.

We all have building blocks that make up who we are; emotional, financial, relational, aspirational – you name it. And because I trusted him and shared my hopes, dreams, but also fears and insecurities with him, I unknowingly gave him the ammunition he needed to destroy me. He began pulling out one building block after the other, literally playing Reality Jenga, until the life I’d built collapsed around me.

Still, I believed our love was real. I thought that, if I just loved him more, I could save him and us. Honestly, the thought of losing him filled me with sheer panic, so much so that I would experience physical withdrawal symptoms, such as shaking and difficulty breathing. I remember saying at one point: “I don’t know what’s wrong with me. I feel like an addict.”

I was an addict, although I didn’t realise it at the time; I had become addicted to love.

The red flags were there but I ignored all of them. He ran hot and cold at will, his moods were unpredictable. His actions never matched his words and, while I had never experienced anxiety before, I was now walking on eggshells every minute of every day. I knew deep down that something was wrong, I could feel it in my gut. But I kept overwriting my intuition and went for it anyway; all I wanted was for him to love me like he had.

Still, no one outside my inner circle guessed that anything was less than perfect. I showed up for work as if nothing was happening, working 60+ hours a week. At the same time, though, I was riddled with severe anxiety and blackouts, and I didn’t recognise the person looking back at me in the mirror. I gradually lost my friends but, while losing them was hard, losing myself was even worse.

Recovery from narcissistic abuse is a very lonely endeavour and here I was, going through the darkest time of my life seemingly all on my own. I tried to explain myself, and even went to a therapist for help, but narcissistic abuse wasn’t really a thing at the time, and there was little information available, so no one understood me. Finally, I dropped everything I had built for myself and ran for my life. I knew that my only chance to get out was to move away, delete and block him and anyone connected to him, and make myself disappear.

I spent the next two years in hiding, barely leaving the house and working hard to rebuild myself; narcissistic abuse, after all, consists of calculated manipulation, the tactical erosion of identity and systematic brainwashing, resulting in complex PTSD (post-traumatic stress disorder). And, as the trauma caused occurs on such a deep level, the healing needs to happen on a similarly deep level, too.

Thankfully, I tried a few different methods to find the one that best suited me (there is no ‘one size fits all’ when it comes to recovery), and addressed the damage caused using integrative modalities such as neuro-linguistic programming (NLP), clinical hypnotherapy and havening techniques. This meant that I was able to address the damage caused, and remove the emotional triggers and flashbacks that were causing my anxiety and preventing me from leaving the house. I explored and updated any long-standing patterns, outdated beliefs and faulty conditioning to ensure it will never happen again.

In the process, I didn’t just get back on my feet and regain my mental health; I was also able to recover who I was always meant to be. Today I’m a trauma recovery coach, dedicating my life to helping other abuse survivors. And not just to break free, but recover, too.

Please note that some biographical details have been altered to ensure that the writer’s ex-partner is not identified.

You can visit womensaid.org.uk or call 0808-2000 247 for more information about coercive control, domestic abuse, and the help available for those affected.

Ronia Fraser is an award-winning trauma recovery coach and clinical hypnotherapist, and one of the leading experts in the field of narcissistic abuse recovery. She’s been helping women from all over the world get back on their feet, regain their mental health and recover who they were always meant to be since 2017.