All eyes on you! Husky looks like she’s wearing permanent glasses thanks to the unique fur pattern on her face

A Siberian husky was left looking it it had permanent glasses on her face thanks to the unique fur pattern on her face.

Eight-month-old Tsuki was brought home by Catarina Carvalho, 24, from Leiria, Portugal, earlier this year to the two-bedroom flat she shares with boyfriend Bruno Charters.

Despite the distinctive fur markings on Tsuki’s face, Catarina said she only noticed the ‘glasses’ after it was pointed out by other people.

Tsuki’s coat is mainly white and grey, but on her face the colouring becomes darker and forms round shapes around her eyes. 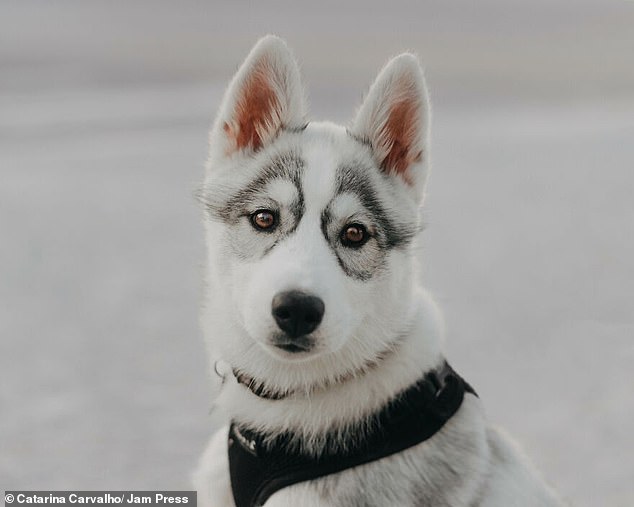 Tsuki the eight-month-old Siberian Husky who lives in Leiria, Portugal, with her owner Catarina Carvalho, 24, looks as though she has glasses on her face thanks to her distinctive face markings

Catarina said: ‘We actually didn’t notice it right away.

‘We started seeing it because many people would meet her and say she had ‘glasses’ around her eyes.

‘It became kind of her signature image.

‘Now that she’s older the ‘glasses’ are sadly fading away as she is changing into her adult coat.’

Although the shade of her hair has faded, the Husky’s fun-loving and playful personality remains, and she is more affectionate than ever. 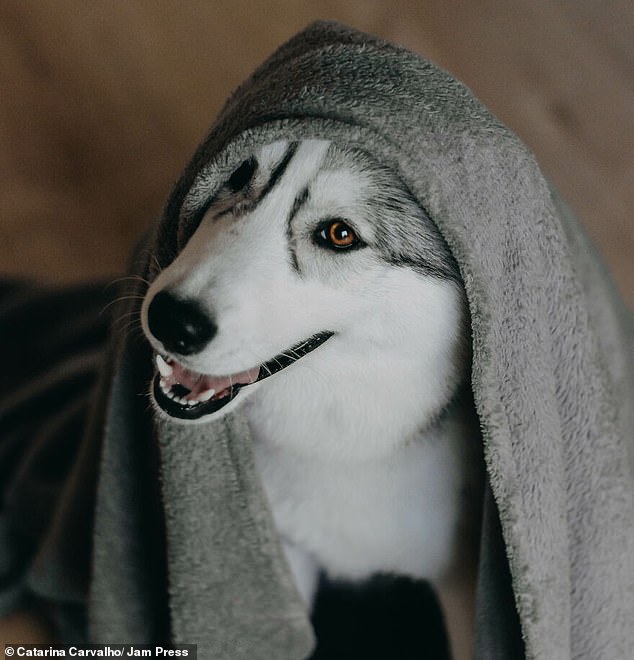 The fur shading around her eyes is darker than the grey and white which covers the rest of her body. The darker fur creates round shapes around her eyes 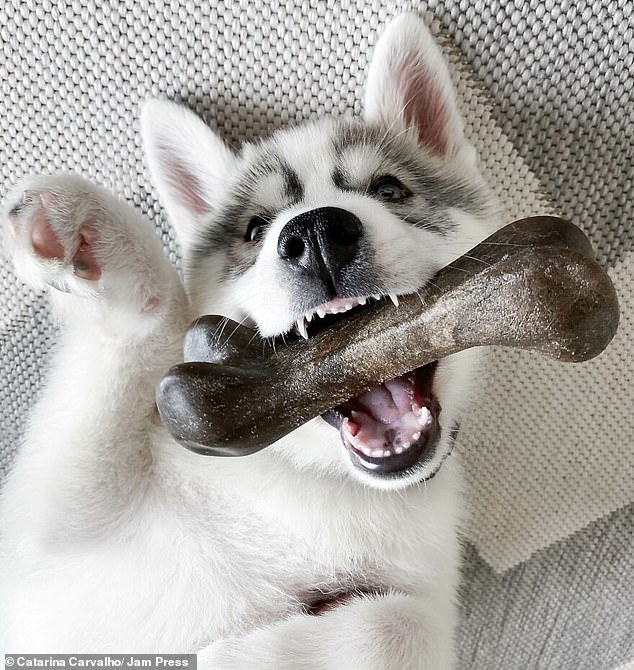 Catarina said: ‘Tsuki is very loveable but also super independent, which is a breed trait.

‘She is starting to get more affectionate as she is growing up but still likes to have her space.

‘She is a very friendly dog and loves both animals and people.

‘She loves to go for walks, run and play with her favourite toy (a raccoon plushie).’

Catarina also said that Tsuki enjoys being the centre of attention during photoshoots for their Instagram page. 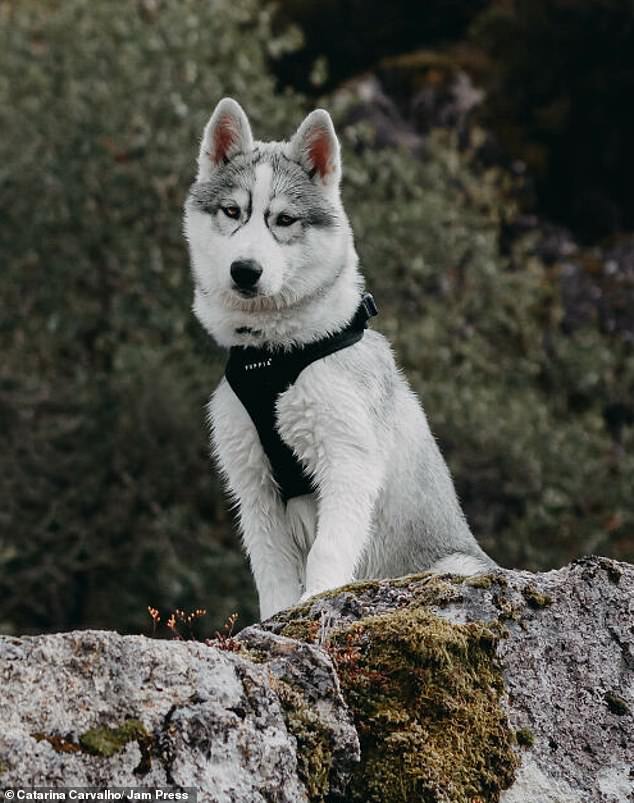 ‘She is not a picky eater; it depends on what’s on the menu.’

Catarina plans to get another Siberian Husky in a few years to join Tsuki on her playful adventures.