Home » Lifestyle » How you can see granny at Christmas How you can see granny at Christmas

With the elderly now advised to think twice before celebrating Christmas with friends and family, technology has never been more vital.

The problem is my in-laws, David, 79, and Jeannette, 78, live in Dorset nearly 130 miles from me and my partner Perry in Surrey, so they need tech they can set up and use by themselves. The last time we tried to FaceTime, all I saw was David’s ear and a quick glimpse of Jeanette cleaning the kitchen.

Only 41 per cent of over-75s use a computer and 31 per cent a tablet, Ofcom reported last year.

‘It’s very difficult, not having been brought up with computers,’ confesses David, who has been married to Jeanette for 60 years. ‘Nearly all devices are designed in swanky offices in California by people under 35,’ says Miles Waghorn, founder of techsilver.co.uk, which sells gadgets for older people. 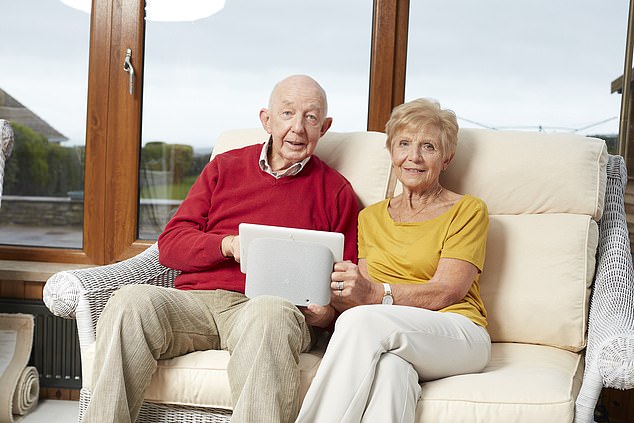 Olivia Buxton’s in-laws David, 79, and Jeannette, 78, (pictured) tested out a range of technology which aims to help connect families with older relatives and make it simple

‘Everything from small icons to the devices themselves are difficult.’

Touch screens are less responsive to older people’s hands, too.

Luckily, more and more companies are trying to put things right, so my in-laws and I have put them to the test . . . 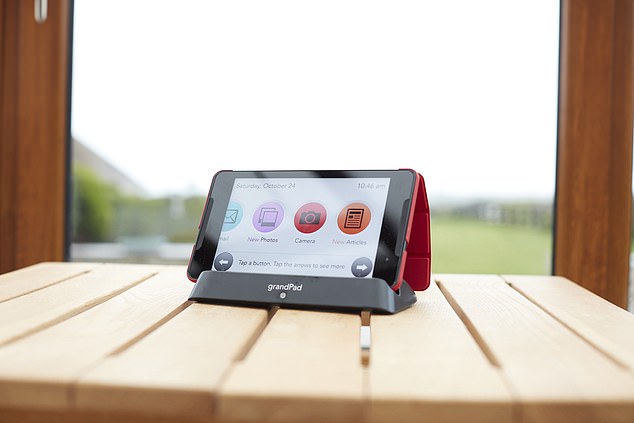 WHAT IS IT? A tablet with a wireless charging stand and stylus. Built-in 4G means you don’t need fiddly wi-fi, and large buttons show where to find photos and emails. You can make calls, video chat, and stream music.

SET UP: There isn’t any! It’s set up remotely by a tech-savvy relative. The Grandpad remains linked to this computer so family members can check everything’s ok. There’s also a big help button that claims to get you through to a real human 24/7, in 20 seconds or less. David put that to the test — and it worked.

REVIEW: David and Jeanette find texting baffling, but they managed to record voice notes in about five minutes, which are sent via email.

Jeanette was delighted when she took photos and sent them to Perry, while David appreciated the stylus.

To video call, Jeanette and David simply had to tap ‘call’ and then a picture of the person they wanted to speak to. It’s the first time I’ve seen them enjoy technology. They loved it. 10/10

COMPUTER WITH JUST ONE BUTTON 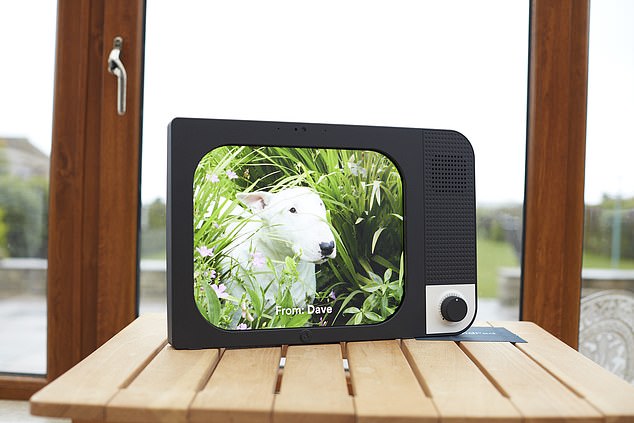 KOMP, £39 per month or £58 including unlimited wi-fi, noisolation.com/uk/komp

WHAT IS IT? This computer looks like a small, old-fashioned TV, with the only control a single round knob.

It lets family members connect through an app on their phones to exchange photos, messages and video calls. However, the KOMP user can only receive messages and calls.

SET UP: Done by a family member — but you need to pop round. I downloaded the app to my smartphone and used it to get the built-in wi-fi going, then invited family members to a secure group. All Jeannette and David had to do was plug the box into the mains.

REVIEW: David and Jeanette have no trouble receiving texts, photos, and video calls. Jeanette says: ‘Accepting a call requires no action — the video begins automatically unless you twist the dial.’

However, David — already a connoisseur — felt it was basic compared with the GrandPad. 7/10 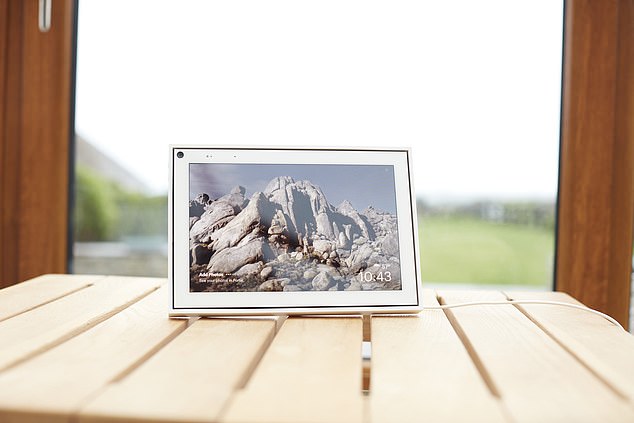 WHAT IS IT: This looks like a photo frame — but is really a video calling device. The wide-angle camera captures the whole room, so you can chat hands-free.

The unit can sit on a desk or table and the camera follows you as you walk around.

SET UP: It’s easy, but not foolproof —and you’ll need wi-fi.

REVIEW: Jeanette and David have Face-book acc-ounts, and they found the on-screen instructions simple so they didn’t need help. Jeanette loved that she could just say: ‘Hey, Portal’, then: ‘Call Perry’ to ring him.

‘I am an early riser and am often on my own for a few hours, so I can end up feeling quite lonely,’ she says. ‘It was great to hear his voice and see his smiling face on the screen while I could move around, making breakfast while talking.’

When you’re not on a call, Facebook Portal can also display photos —– but only if you link it to an app on your smartphone. 7/10 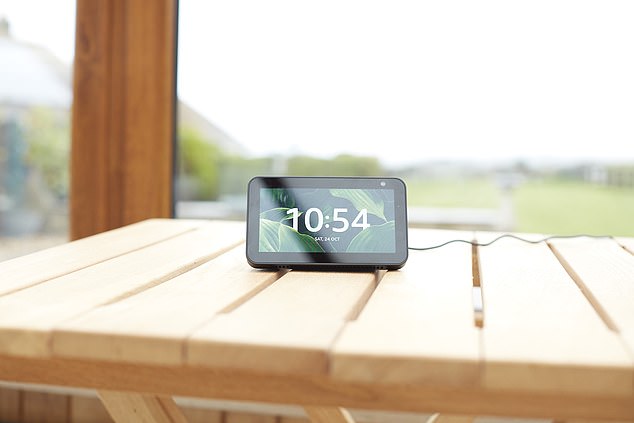 WHAT IS IT? The device has a big 5.5-inch screen, and allows you to make hands-free calls and look at family photos.

SET UP: You need to connect to a smartphone, then import your contacts — so true technophobes will need a hand. But then you can call any mobile or landline easily.

She says: ‘It’s quite straightforward — you simply use your voice to video call, hear the news or listen to the radio.

‘It’s also useful for turning on the lights and heating.’

That’ll teach me to assume that the in-laws can’t get to grips with technology. 8/10

Daily Chinese Horoscope Thursday December 17: What your zodiac sign has in store for you today
Entertainment