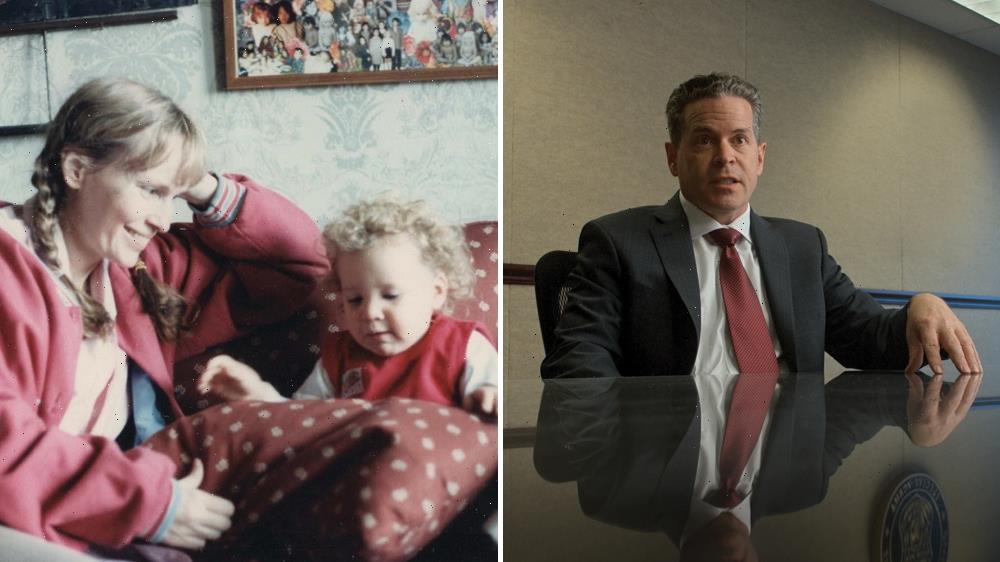 This year, podcasts have been the inspiration for narrative watercooler content including on “The Dropout,” “The Thing About Pam” “WeCrashed” and “Gaslit.”

However, the trend is expanding; the nonfiction community is entering the audio space too, not necessarily to seek out ideas, but to highlight the work that goes into making documentaries.

Docus including Apple’s “The Big Conn,” HBO’s “Allen v. Farrow” and ESPN’s upcoming Title IX doc “37 Words” all feature what has been dubbed “the companion podcast.” Described as a behind-the-scenes look into the making of a nonfiction films or series, companion podcasts are less of a marketing tool and more of a chance for storytellers to give insights into the process of researching, producing, shooting and editing their films.

“As nonfiction has become more central to the business models of all of the streaming services and distribution platforms, there is more and more viewer and fan interest in how these documentaries are made,” says Jon Bardin, Story Syndicate’s head of documentary and nonfiction. “Fans are curious about the experience.”

Dawn Porter, who co-directed “37 Words,” describes the doc’s companion podcast as a way to tell stories that are usually reserved for intimate in-person screenings or events.

“I spoke about the process of interviewing Billie Jean King and Gloria Steinem,” Porter says. “I talked about how it felt to be in the room with them and that’s not necessarily something you can communicate on screen, but it’s a big part of the story.”

Most recently, Story Syndicate, the production house founded by Oscar- and Emmy- winning documentary powerhouse couple Dan Cogan and Liz Garbus, worked with HBO to produce a companion podcast to Garbus’ 2020 docuseries “I’ll Be Gone in the Dark.” The doc told the story of writer Michelle McNamara’s investigation of a violent predator she dubbed the Golden State Killer. Like the podcast for “37 Words,” the audio companion to “I’ll Be Gone in the Dark” focused on the series’ production.

“Podcasts are an artful way of expressing the experience of making something, which, in documentary, is often a profound experience full of trauma, depending on the subject, pain and euphoria,” says Bardin.

In addition to “I’ll Be Gone in the Dark,” HBO has created original standalone companion podcasts for 2020’s “McMillions” — a sixpart documentary series about how $24 million was stolen from the McDonald’s Monopoly game and the 2021 four-part docuseries “Allen v. Farrow” about accusations of sexual abuse against Woody Allen.

According to Michael Gluckstadt, director of podcasts for HBO and HBO Max, the success of those three podcasts led to the creation of “HBO Docs Club” in March. Hosted by Brittany Luse and Ronald Young Jr., “HBO Docs Club” pulls back the curtain on past and present HBO Documentary Films. In recent episodes, the hosts discussed Roger Ross Williams’ 2019 “The Apollo” as well as Judd Apatow and Michael Bonfiglio’s “George Carlin’s American Dream,” which was released in May.

“The Venn diagram of documentary fans and podcast fans has significant overlap,” Gluckstadt says. “So, we thought, rather than just make a standalone podcast for a documentary and then not really talk to this audience again, what if we can keep listeners engaged and looking for the next title.”

With a robust podcast ecosystem already in place, Apple is arguably the biggest proponent of doc companion podcasts. In May, the company released a companion podcast for four-part docuseries “The Big Conn,” about attorney Eric C. Conn, who defrauded the government and taxpayers over half a billion dollars in the largest Social Security fraud case in U.S. history.

Directors James Lee Hernandez and Brian Lazarte, who also helmed “McMillions,” wanted to make the six-part podcast, which was released in conjunction with the docuseries, to “build upon the story” of Conn.

“In the podcast, we are open up whole new pieces of the story that are not in the series,” Lazarte says. “So, it’s an extension of what you experience in each episode of the docuseries with more characters and more context and interesting backstory and deleted scenes.”

Another Apple podcast, “The Line” was released eight months before the four-part eponymous docuseries launched in November. But unlike “The Big Conn,” both nonfiction series of “The Line” were independently reported and offered a unique perspective of the story of U.S. Navy SEAL Eddie Gallagher, who was charged with committing war crimes before ultimately being acquitted on all but one count.

Launching “The Line” audio series prior to the documentary makes promotional sense. But Alex Gibney, who served as a producer on the doc, says that wasn’t the motive behind the podcast.

“It wasn’t like Apple said, ‘Let’s do a podcast and this will be a marketing benefit to us,’” Gibney says. “They were like, ‘This is an interesting story. Let’s do both.’ Gibney adds that some, not all, stories deserve both.

“What I discovered when I was making ‘The Inventor: Out for Blood in Silicon Valley’ about Elizabeth Holmes is that people would watch that documentary and then listen to the ABC podcast ‘The Dropout,’ and then end up watching the Amanda Seyfried series on Hulu,” Gibney says. “What that made everyone appreciate and understand is that sometimes you come upon a story that people can’t get enough of that they want to experience it in different ways.”

In an increasingly crowded docu market space, having shoulder content is a benefit.

“We are living in a time when there is so much choice and many options,” says Sara Bernstein, Imagine Documentaries co-president. “So, the more that you can throw at an audience to amplify a project the better.”

Currently, Imagine Audio has approximately 15 active podcasts in development that cross all genres including docus. Wilkes looks at podcasts as a “lower cost development flywheel for IP across all aspects of the company.”

“With a podcast we can actually intubate the IP through a development cycle and use the podcast as our development exercise,” he says. “Then we come out the other side with IP that we can base our project off of, which of course helps in the negotiation with a buyer.”

Gibney adds that podcasts also serve as a story barometer.

“Increasingly, people are engaging in podcasts to see how to figure out the narrative structure,” he says. “The cost is not enormous.

You are not having to pay as much to do a six-part podcast as you are a six-part television series. If the story works, why wouldn’t you make something else out of it?” Whether podcasts are being used to experiment with story, build IP, or to shed light on how films get made, Porter says it’s all positive. “It points to the health of documentary film.”

7 Last-Minute Father’s Day Gifts That Will Arrive in Time — Up to 33% Off!