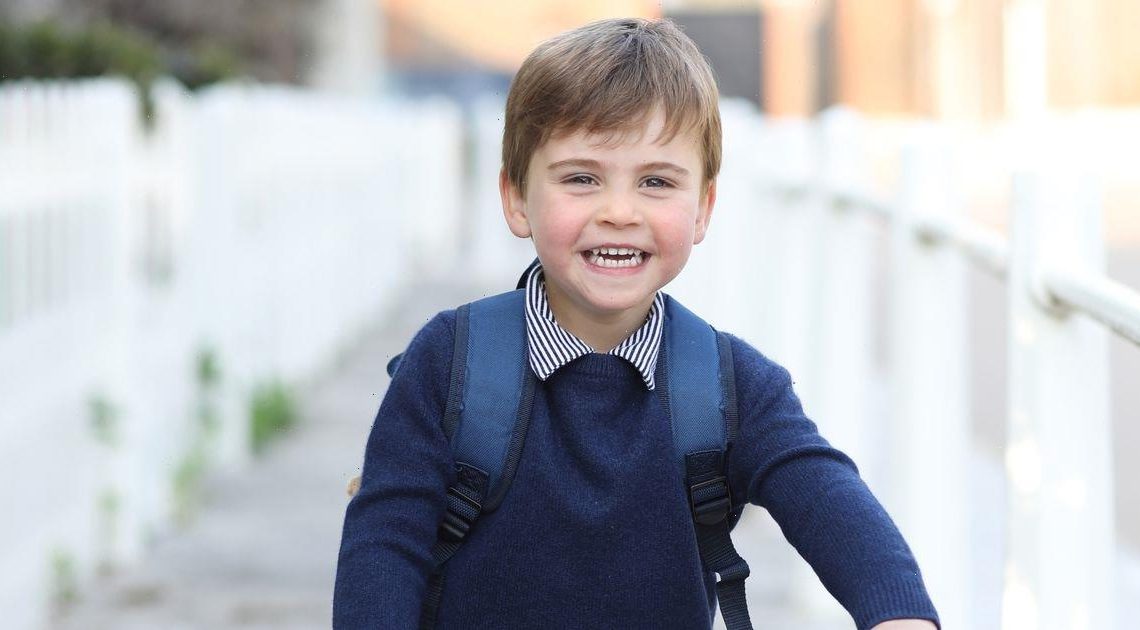 Prince Louis turned three today and an adorable picture has been released on his first day of nursery to mark the special occasion.

The fifth in line to the throne had a huge grin on his face as he mastered his balance bike in the snap taken by his mother Catherine, Duchess of Cambridge earlier this week.

"Three tomorrow!" it started in the caption with a bike emoji. "Taken earlier this week by The Duchess before he left for his first day of nursery, The Duke and Duchess are pleased to share a new image of Prince Louis." with a red balloon emoji.

Louis was dressed smartly for his first day of nursery in sweet pale blue shorts with a striped shirt layered underneath a navy jumper.

And the adorable young royal looked every inch the natural cyclist on his vibrant red Frog Tadpole Plus model, priced at £200, which is sold out in all three colours “due to exceptional demand”.

Balance bikes teach toddlers the fundamentals of cycling and fine-tune their coordination and motor skills to give them independence and freedom to explore safely.

The bikes are manufactured without pedals and Prince Louis has a rear brake on his particular model.

Children use their feet to push forwards and progress by walking, running and then gliding with the bike which indicates that they have the balance required for pedalling.

The young royal is following in the footsteps of his sister Princess Charlotte in attending the Willcocks Nursery School in South Kensington which was rated outstanding by Ofsted.

Louis Arthur Charles was named in honour of his great-great-great-uncle, Lord Louis Mountbatten of Burma.

Foodies are obsessed with the new 'twisted bacon' trend
Entertainment