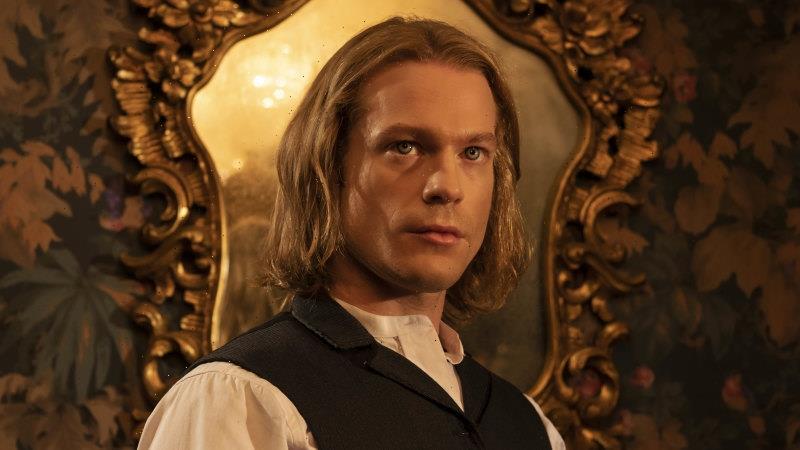 When the author, Anne Rice, died in December last year, Sam Reid was living in the world that she had created. The Australian actor was in New Orleans, undergoing a rigorous pre-production process to play the most famous of her fictional creations: the French vampire, Lestat.

Immortal, immoral and imperious, Lestat was the iconic character Rice unleashed with her 1976 bestseller, Interview with the Vampire. Reid, who had not yet met the 80-year-old writer, was prepping to play Lestat in an anticipated television adaptation of the book.

“The day she passed away, we were rehearsing, so I left early and went down to the Garden District bookshop where she had so many of her launches,” Reid says. “I spoke to the owners and went and looked at her first editions and they showed me old photographs of her and the parties she threw at the bookstore, arriving in a coffin in a funeral gown. She was an amazing woman who wrote these extraordinary books that live in so many people’s minds.” 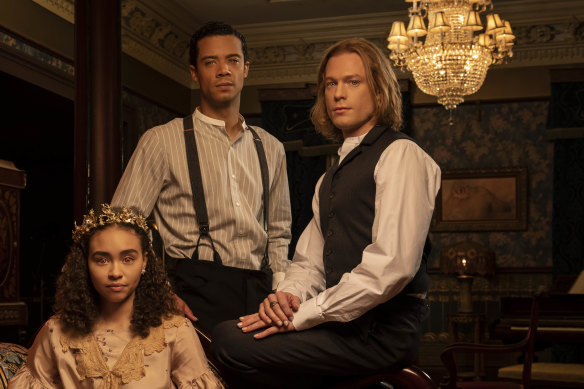 Reid is video-calling on a Saturday afternoon from inner-city Melbourne, where he was in a COVID production bubble to finish the second season of the ABC drama, The Newsreader. He looks the part of an off-duty leading man. But as much as he’s focused on playing 1980s television reporter Dale Jennings, the weight of Lestat de Lioncourt remains on his shoulders. In the book, the character seeks to possess those he desires, most notably the human he makes into a vampire, Louis du Pointe de Lac, and the good-natured Reid also still feels his grip.

“The show has taken over my life in a huge way, and it’s something I embrace,” Reid says. “I feel the pressure of living up to people’s expectations of this extraordinary character, but if anything, I feel that pressure equally from myself. I also want this character to be what I imagined. That’s just a thing I deal with on a daily basis.”

Ordered by the American cable network AMC (Mad Men, Better Call Saul), which screens in Australia as the streaming service AMC+ via subscription through Apple TV or Amazon Prime, the first season of Interview with the Vampire is a sharp, sensuous, romantic drama. Laced with flashes of horror and wicked black humour – mostly delivered with decadent delight by Reid’s Lestat – it’s steeped in nocturnal machinations and emotional extremes.

“It’s a show that’s going to get under your skin slowly,” Reid says. “Lestat is very complicated. He’s got a lot of issues and he’s an oscillating character, so it’s fun to be him. He can change at a flip of the switch. He was an actor once, he loves performance and he loves music, so I look at him as a chameleon – he picks up different sounds and words. He watches people and mimics them. There’s space in him to do different things.” 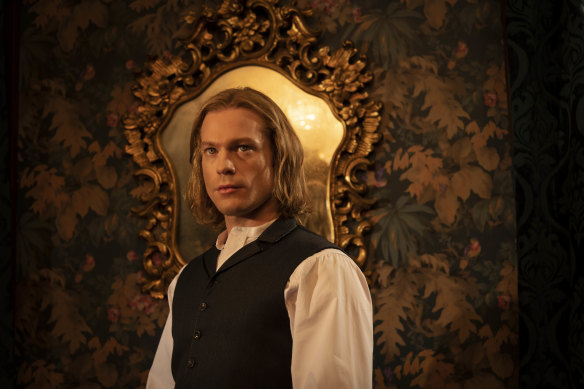 Sam Reid reprises the character made famous by Tom Cruise in Interview with a Vampire.

The 35-year-old Reid has remained in close contact with his collaborators on Interview with the Vampire: creator Rolin Jones (Friday Night Lights), his co-star as Louis, Jacob Anderson (Grey Worm from Game of Thrones), and executive producer Mark Johnson (Breaking Bad, Rectify). But now he has to face the judgment of Rice’s many devotees, who treat the bisexual Lestat with the same fealty that Batman receives from comic book fans.

Tom Cruise, one of Hollywood’s biggest stars, was subject to scorn from readers (and initially Rice) when he was cast as Lestat (opposite Brad Pitt’s Louis) in Neil Jordan’s moody, unfulfilled 1994 film adaptation of Interview with the Vampire. Lithe of build and bemused by humans, Lestat literally becomes a rock star in a latter book from Rice’s Vampire Chronicles series. Whoever plays him has to bring passion and specificity to the defining tropes of vampire lore, right down to the satiated smile as bloody fangs drip.

“You just believe in the moment, so that even if you’re saying something ridiculous, you say it with conviction,” Reid says. “It’s a bit daunting when you look at the schedule and realise you’ve got a two-page monologue in every second scene, but you can’t complain. That’s a gift, it’s why you become an actor.”

Reid’s audition process began in 2020, but he’d been thinking about playing Lestat for two decades. The son of a cattle farming family who attended Sydney’s Cranbrook School and always wanted to be an actor, Reid grew up obsessed with vampires. His fascination with Dracula was supplanted by Lestat in 2001, when production in Melbourne on another Vampire Chronicles novel, Queen of the Damned, with Irish actor Stuart Townsend as Lestat, spurred a 13-year-old Reid to start reading the books. He was smitten. 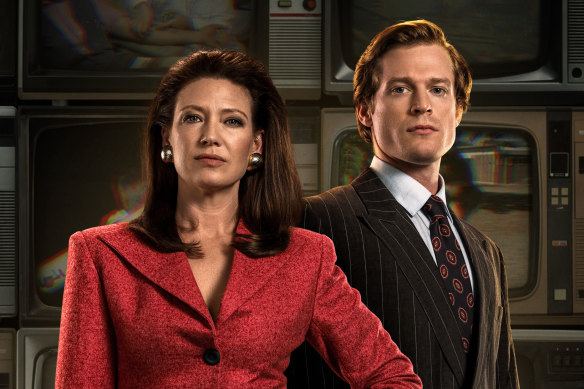 Anna Torv and Sam Reid in The Newsreader.Credit:ABC

“Lestat’s always held a place in my heart,” says Reid, who kept calm and told no one as an initially hopeful video audition turned into video meetings with Jones, further auditions, network introductions, then chemistry tests with Anderson. Having previously divided his career between Australia and Britain, Reid found himself atop a vast American production. AMC has purchased the rights to the entire Vampire Chronicles, and is planning for a suite of interconnected shows off the back of multiple seasons of Interview with the Vampire.

“It’s the biggest show I’ve definitely ever worked on and I’ve never had the chance to play a role this complicated that has so much information to absorb – my character has an arc written out over thousands of pages to explore,” Reid says. “It was daunting, and the level of preparation went down to learning French, learning piano, learning to sing.”

The New Orleans setting of Interview with the Vampire is transposed from the late 18th century to 1910, while Jones has also updated the novel’s themes. Louis, whose present-day telling of his unnatural life story to a reporter frames the season, comes from a wealthy Black family with Creole heritage. The racism he experiences makes Lestat’s offer of a vampire’s existence an act of power and freedom, while the relationship between the two is explicitly sexual, where it was initially subtext in Rice’s novel (and mostly shunned in the 1994 film).

“It would be a waste of time to not honour their love story. There’s so much more to explore, particularly the dynamics. Once you put Lestat and Louis in a relationship, you get to look at the nuance and their toxic elements of them building each other up and destroying each other over and over again,” Reid says. “Hopefully, there will be trigger warnings at the start of some episodes because it deals with intense themes of domestic abuse, gaslighting and love-bombing that can happen in any relationship.”

Whether as a queer period drama or supernatural melodrama, Interview with the Vampire has potent strands that the show expertly ties together. It took five months of mostly night shoots – the production had to adhere to vampire hours – to capture it all, and when Reid came home to Sydney afterwards, he slept for several days and then went to the pub for his first beer in more than a year. Whatever transpires now with the fans and critics, Reid is delighted.

“I can’t believe this is my job sometimes. It’s wild. I am really enjoying the process – there’s nothing I would change it for,” Reid says. “I’d love to play this role for as long as they have me. After all, Lestat is immortal, even if I’m not.”

WHAT Interview with the Vampire
WHEN AMC+, Sunday October 2

Horoscope today, Wednesday September 28: Daily guide to what your star sign has in store for your zodiac dates | The Sun