Home » Lifestyle » How a garden saved me from the stroppy Swiss! Beth Lynch all in memoir How a garden saved me from the stroppy Swiss! Beth Lynch all in memoir

How a garden saved me from the stroppy Swiss! Beth Lynch reveals how having an outside space helped her feel closer to home while living abroad

Where The Hornbeam Grows

Switzerland has always seemed a pretty desirable place to live: not the most exciting of countries, admittedly, but it has glorious scenery, crisp Alpine air, fondue, chocolate and trains that run on time.

Who could fail to be charmed by a nation that rewarded Roger Federer for his first Wimbledon title with a cow called Juliette, instead of a flashy open-top bus parade?

When Beth Lynch’s husband Shaun gets a well-paid job in Switzerland, the couple see it as a golden opportunity. They already speak French and German — two of Switzerland’s four languages — and tell each other the move will be ‘a good life experience’.

Beth, a university lecturer, has qualms about leaving her beloved London garden, but consoles herself with the thought that she will make another garden in Switzerland. 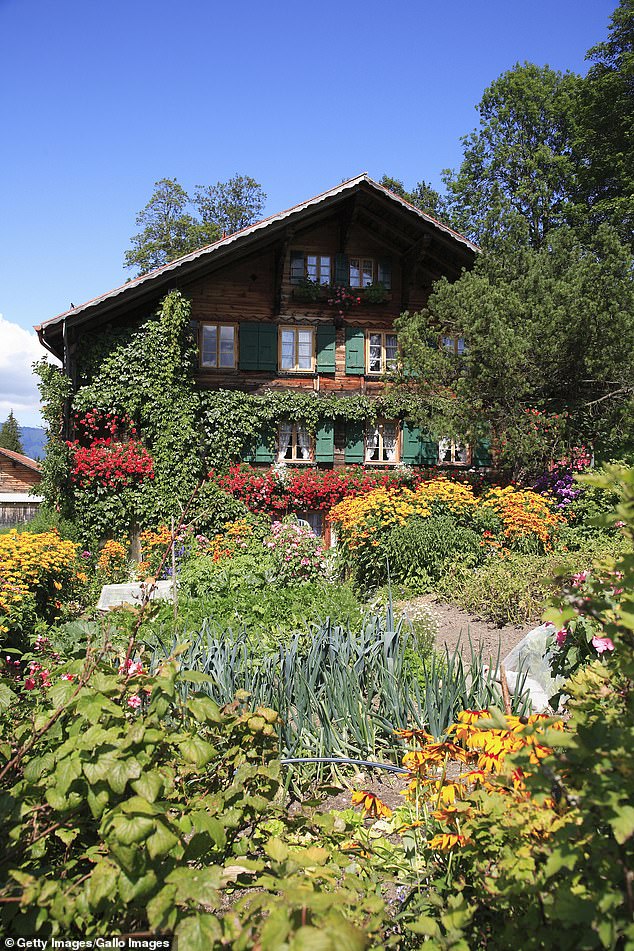 Beth Lynch writes about how gardening and being outdoors helped her live in Switzerland and deal with the Swiss in her memoir. Pictured is a Swiss chalet and garden

On arrival at their apartment in Zurich they are presented with a lengthy set of rules — a taste of what is to come. They can’t have a shower or bath, or operate an appliance, before six in the morning or after ten at night.

There can be no use of the washing machine, vacuum cleaner or lawnmower on a Sunday — though loud sex, toe-curlingly referred to as liebesschreie, or cries of love, is exempt from the no-noise rule.

Worst of all, the neighbours are startlingly unfriendly. When Beth tries to introduce herself, they either look baffled or blank her. While Shaun goes off to work —we never find out what he does — she tries valiantly to master Schweizerdeutsch, or Swiss German: so different from the German she learned at school in Tunbridge Wells.

When was Switzerland last at war?

1505 – The year that Switzerland last had a war

Although Where The Hornbeam Grows is being promoted as a memoir about ‘inheritance, loneliness and the healing power of gardening’, and the author writes lyrically about the natural world, what truly makes this book come alive are the magnificently waspish descriptions of life in Switzerland.

Poor Beth is always putting her foot in it: berated at length for innocently putting a milk carton into a recycling slot meant for milk bottles; jostled and barged aside in the market when she is queuing for produce; and cut dead by anyone she smiles at in the street. ‘There was something wrong with me,’ she writes. ‘I did not know how to behave.’

After telling a Swiss official she is on a career break, he pointedly writes down her occupation as Hausfrau and lectures her on the evils of women going back to work. ‘Bad for the family and bad for Switzerland,’ he barks at her.

When she is told to clean her car before applying for Swiss number plates, she dutifully clears out all the detritus before being told that she won’t get the new plates until she has steam-cleaned the engine and pressure-washed the whole car, undercarriage included. 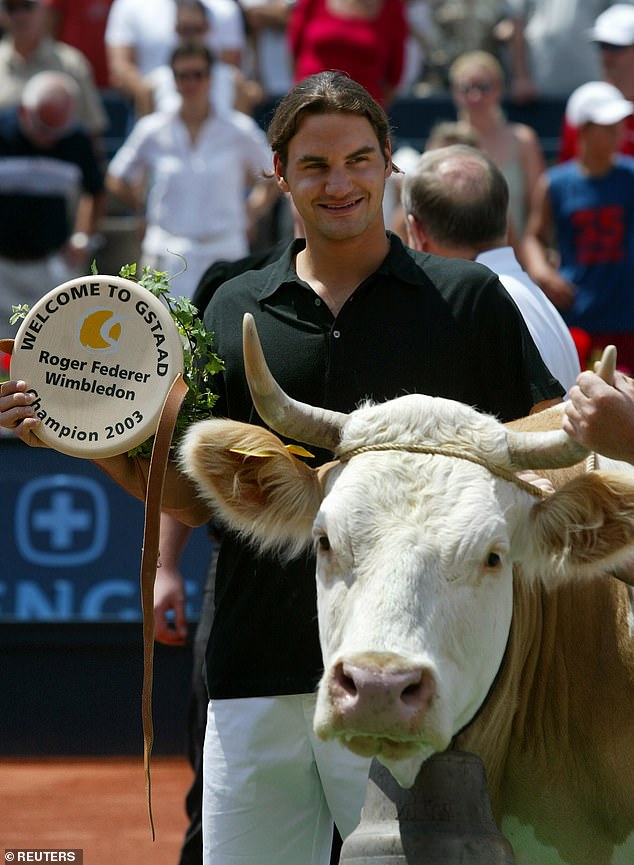 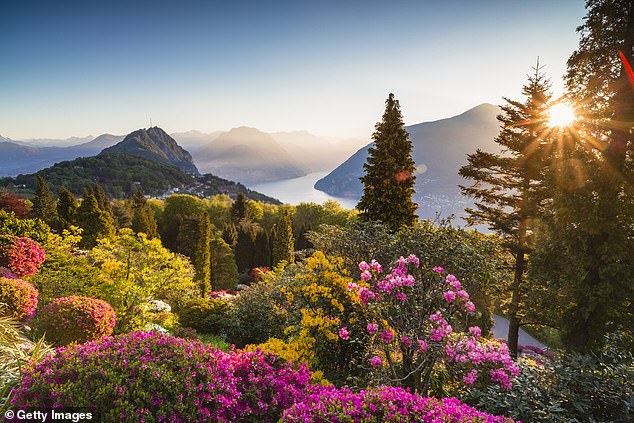 The lack of a garden makes her even more unhappy. She yearns for outside space, for the chance to grow things and get her hands in the soil. She surreptitiously begins sowing seeds in the apartment even though she has nowhere to plant them properly.

‘A third floor window ledge is not the happiest place for plants,’ she reflects gloomily, as the seedlings wither and die. The clouds start to lift only when she and Shaun begin exploring the Swiss countryside. 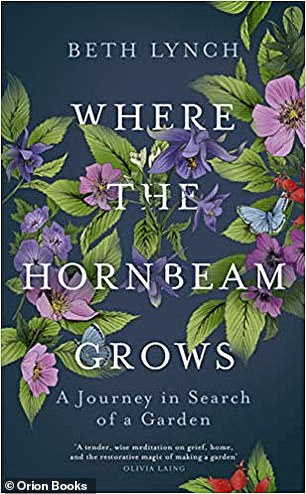 The couple later move from their apartment to a house with a garden for Beth to transform into an Eden. Pictured is the book’s cover

In the foothills of the Alps she sees the hardy geraniums, sorrel, aquilegia and scabious she remembers seeing in her late parents’ garden, and suddenly feels closer to family and home.

‘Out in the hills with Shaun, I felt like myself,’ she writes. Her husband cannily buys her a copy of Flora Helvetica, a guide to Swiss flora, as ‘an expression of optimism for our future in Switzerland’.

Soon Beth is leading a double life — happy when she is swotting up on Alpine flowers and dreaming about her garden, but all at sea when it comes to social interaction with the Swiss.

‘Plants were one thing, people another,’ she notes. Back in London for a visit, a stranger apologises for bumping into her and Beth is overwhelmed by this unaccustomed politeness. As she boards the plane back to Zurich, she feels a sense of dread, ‘a tightening of my throat’.

She tells Shaun she wants to go home; he suggests they buy a house with a garden instead. They eventually find a house in the Jura, a mountainous French-speaking area of Switzerland. The property is tiny and dark, but the garden is full of promise.

The owners assure Beth it has been gardened organically, but after they leave she finds a shed crammed with every kind of pesticide: enough poison to take out a small state, Shaun says. 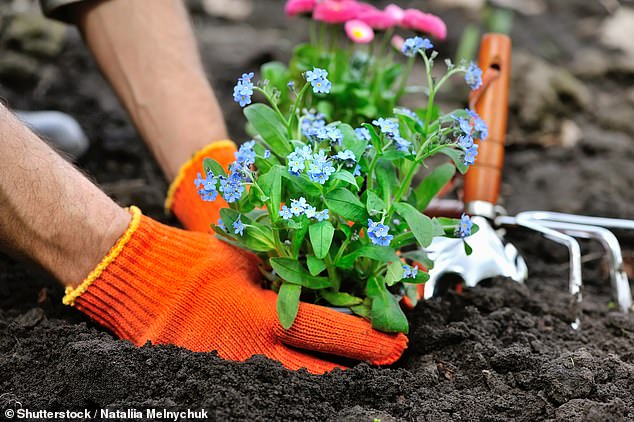 Freed from chemical assault, the garden becomes an Eden, humming with toads, butterflies, birds and bats. Beth is enchanted: ‘It laid claim to the senses, opened up dimensions that the outside world passed over. It was life at full throttle.’

Plants from her parents’ garden in England, tended for years by kind friends, are brought there for her, and Beth happily loses herself in the garden. She works on into the night, because ‘garden time . . . knows no hours’. The garden, she concludes, has brought her back to life.

But even paradise has its limits. The villagers are only marginally more friendly than the people in Zurich. The neighbours ask bluntly why she doesn’t have children, and start blocking the lane to their house with their cars. They accuse Beth of poisoning their cat.

Suddenly she is tired of it all, of feeling out of place. She wants to ‘leave without looking back, and take the garden with me in my heart’. It comes as no surprise when the author’s notes reveal that ‘she has recently moved back to the UK’.

Wait, Could Meghan Markle & Prince Harry Really Be Moving to the US?

People Now: Could a Cher & Christina Aguilera Vegas Collab Be in the Works? Xtina Says it 'Would Be Incredible' – Watch the Full Episode
Entertainment