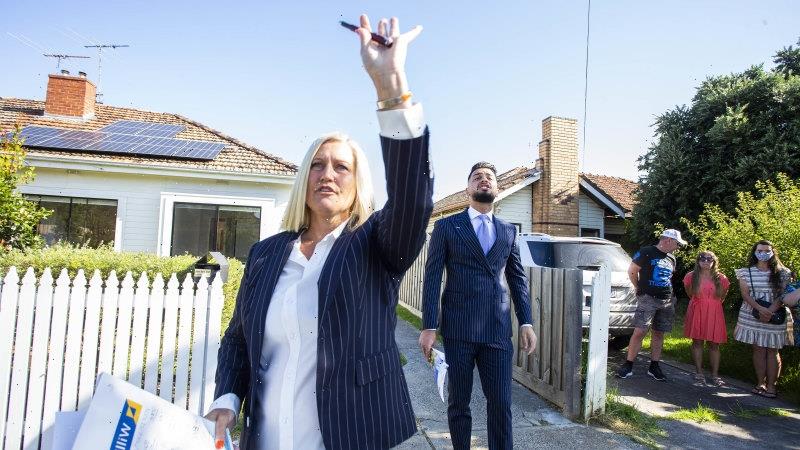 Home prices fell in Sydney and Melbourne for the first time since September 2020 amid signs the Australian property market is slowing, with sales down by a third in those cities.

Listings are higher in Melbourne and Sydney, according to Corelogic, but there is less stock on the market in Brisbane, Adelaide and regional Australia suggesting selling conditions remain strong across large parts of Australia. 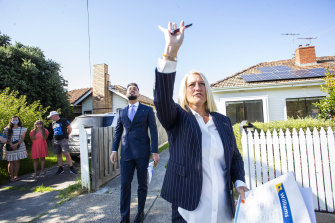 Home price growth has passed the peak across most of Australia, according to Corelogic data.Credit:Meredith O’Shea

Data from Corelogic’s home value index showed the value of houses and apartments rose 2.4 per cent in the first quarter of the year, less than half the 5.8 per cent increase in the same quarter last year.

The fall comes off the back of the strongest yearly growth in home prices as prices jumped nearly 28 per cent in the 12 months to December, according to data released earlier this year by the Australian Bureau of Statistics.

CoreLogic research director Tim Lawless said nearly all capital cities and major state regions passed the peak rate of growth at some point earlier this year or last year, and the annual growth trend will fall sharply in the coming months.

“The sharpest slowdown has been in Sydney, where housing prices are the most unaffordable, advertised supply is trending higher and sales activity is down over the year.”

In Sydney home values fell 0.2 per cent in March, taking home price growth over the quarter to 0.3 per cent. The median value of homes in Sydney is $1.1 million. It’s the largest fall in the rate of growth, which peaked at 9.3 per cent in the three months to May 2021.

“Nationally, the volume of housing sales is coming off record highs but there is some diversity across the capital cities in these figures as well,” Mr Lawless said.

“Our estimate of sales activity through the March quarter is 39 per cent lower than a year ago in Sydney and 27 per cent lower in Melbourne, while stronger markets like Brisbane and Adelaide have recorded a rise in sales over the same period.”

There were higher levels of stock in both Melbourne and Sydney compared to the previous five-year average, due to a higher than average increase in listings and a drop in buyer demand. Auction clearance rates have also softened in Sydney, Melbourne and Brisbane.

“With higher inventory levels and less competition, buyers are gradually moving back into the driver’s seat. That means more time to deliberate on their purchase decisions and negotiate on price,” Mr Lawless said.

Higher supply and affordability issues mean home prices may continue to fall, Mr Lawless said, but a stronger economy and low unemployment rate, plus new incentives for first home buyers announced in the budget on Tuesday will offset a major drop in price.

Zoë Kravitz Gets Candid About Growing Up Biracial: 'I Was Uncomfortable With My Blackness'