Trump: Jussie Smollett performed a hate crime and a ‘scam’

President Trump mentions and discusses Jussie Smollett’s Chicago lawsuit at the International Association of the Chiefs of Police Annual Conference & Exposition in Chicago.

Hate crimes at colleges across the country are being reported, as Syracuse University students are fleeing the school in the wake of several bias incidents on the upstate New York campus, according to reports.

More than a dozen cases of racist or anti-Semitic graffiti have been reported at or near Syracuse University since the beginning of the month, according to school officials and a report by the university’s independent student newspaper, The Daily Orange.

The university's Department of Public Safety announced Thursday investigators had made an arrest in connection to some of the graffiti scrawled on campus property, as reports of racist or hateful vandalism continue to pour in. 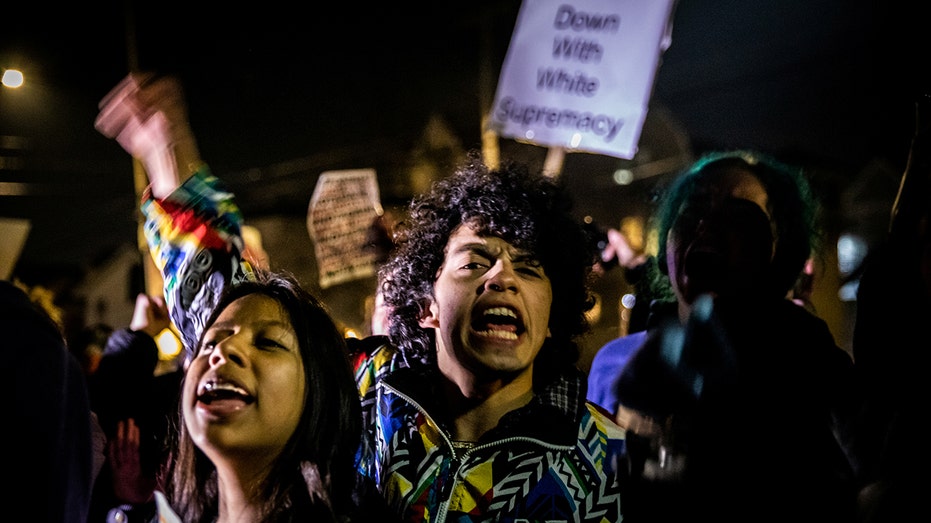 In a different case, however, a white supremacist manifesto was reportedly sent Monday night to some students’ cellphones via AirDrop while they were inside a campus library. The reported manifesto spurred students to protest Wednesday night on the campus.

School officials on Wednesday announced they believed the AirDopped missive was a "hoax" and noted that some of the later graffiti incidents were apparently "intended to be in support of the campus protests."

“To date, law enforcement has not been able to locate a single individual who directly received an AirDrop. Not one,” Chancellor Kent Syverud told the University Senate on Wednesday. “It was apparent that this rumor was probably a hoax, but that reality was not communicated clearly and rapidly enough to get ahead of escalating anxiety.”

By Tuesday, city, campus and state police and the FBI were discussing the matter at a news conference. 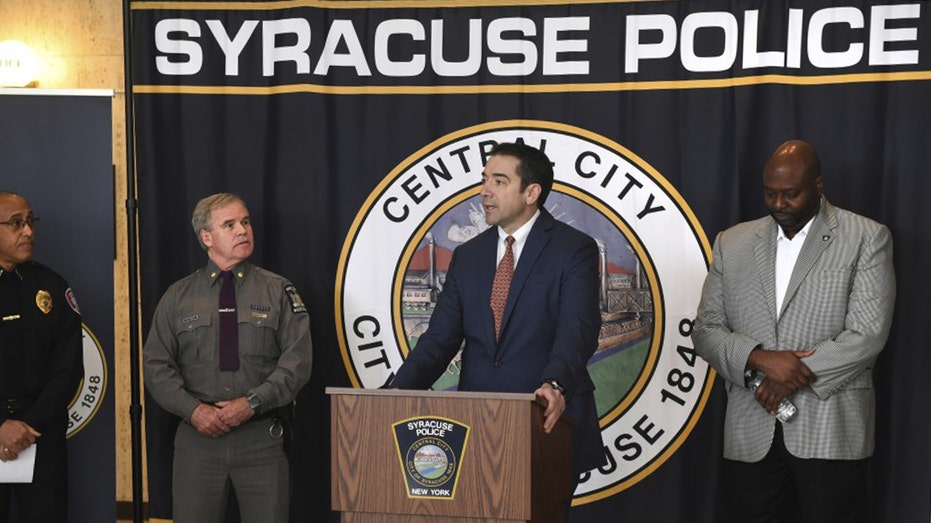 Law enforcement officials address questions about a series of racist messages and hate crimes at Syracuse University in the last two weeks during a press conference Tuesday. (AP)

Syverud added that investigators suspect one to five people connected to the university are responsible for the vandalism.

On Sunday, the chancellor suspended a fraternity after a black student filed a complaint saying she was verbally harassed by people leaving a party at the frat the night before. All fraternities’ social events were also suspended, along with at least four of the students involved.

In one incident, a university professor, who is Jewish, received an anti-Semitic email sent from an anonymous source.

She told The Daily Orange she immediately "thought of the safety of [her] family." “I don’t know who would’ve sent it. I don’t know who knows I’m Jewish. It’s not something I talk about in class necessarily, but it was very personal to me," she said, according to a different report.

As a result, several students told the paper they either refused to leave their homes or were leaving the university earlier than expected for the upcoming Thanksgiving break.

Just over 125 miles away, University at Albany students discovered the words “F— Israel” drawn in large lettering outside a campus building, according to a picture posted to social media.

Meanwhile, Auburn University officials reported Wednesday that an extension cord was tied into a noose and discovered inside one of the Alabama school’s dormitories.

Auburn statistics show the university’s current enrollment of about 30,460 students is 75 percent white and about 5 percent black. Members of different ethnic groups make up the rest.