A Matthew Guy-led government would quickly launch a royal commission into state Labor’s “tragic” pandemic response, amplifying the stakes for November’s election and raising the spectre of the premier and his ministers being cross-examined about politically charged events.

Declaring Victoria’s public-health response the worst in Australia, the Coalition promised to establish the inquiry even if a mooted federal COVID-19 royal commission runs concurrently. 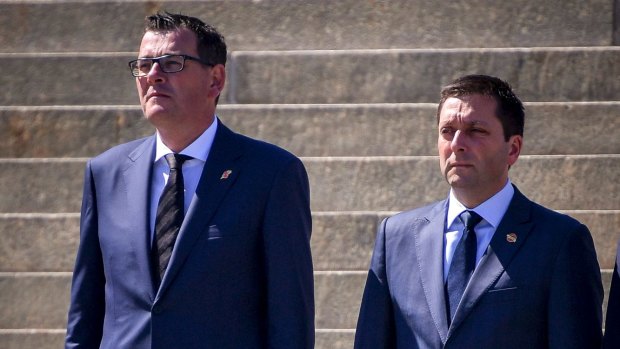 “I don’t think 800 people dying because of the failures in hotel quarantine is good management. In fact, I think it’s tragic management and we need a royal commission,” Guy said.

“We’ve had the worst response in terms of human casualties. We need to ask what went wrong. After any catastrophe, any natural disaster, we would do the same.”

Asked if the Daniel Andrews-led Labor government supported a royal commission, a government spokesman did not answer and instead accused Guy of “doing whatever it takes to undermine our health system and our health workers”.

“Our government is focused on recruiting and training more than 22,000 nurses, building new hospitals and boosting elective surgery capacity.”

Australia performed better than many advanced nations on both health and economic grounds during the pandemic, as did Victoria. However, harsh restrictions existed in Victoria for longer than in other states and 400 more people have died from the virus in Victoria than NSW, despite the southern state having 1.5 million fewer residents.

Prime Minister Anthony Albanese has flagged a federal inquiry into the pandemic but has not committed to the probe taking the form of a royal commission. 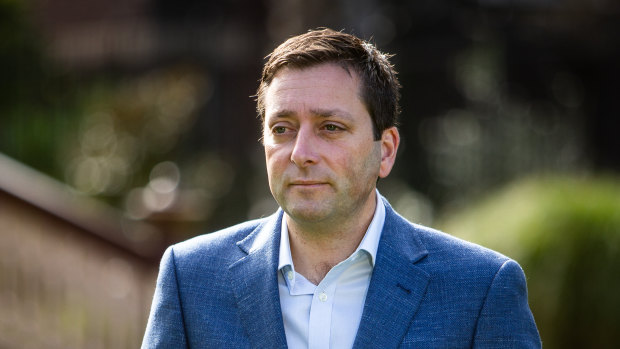 The opposition’s spokeswoman on government scrutiny, Louise Staley, said she thought Victorians would expect a state-specific inquiry separate from any national version.

The Coalition would launch the inquiry, which the opposition first announced in 2021, shortly after the election if it won. Both Guy and Staley said it would be up to a commissioner and their legal team to decide whether to question Andrews, his ministers, or top bureaucrats such as Chief Health Officer Brett Sutton.

“The whole point of a royal commission is it is independent of government,” Staley said.

Guy pitched the royal commission during his speech at the Liberal Party’s state council event at Moonee Valley racecourse. He did so against the backdrop of a lingering integrity saga related to his chief of staff and a fresh Newspoll pointing to the likelihood of a clear Labor victory. 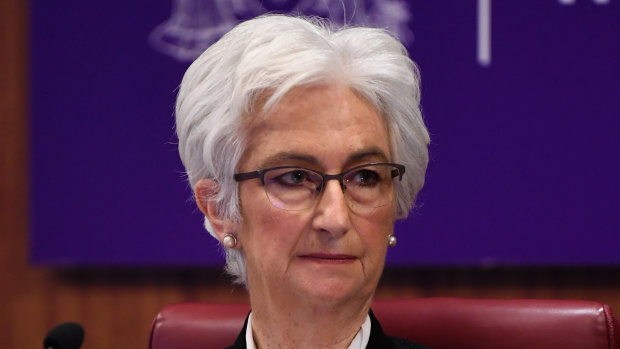 Signalling an intention for a royal commission to probe, among other things, the hotel quarantine saga, Guy and Staley argued the government-commissioned Coate inquiry did not uncover enough information about who was responsible for poor infection control protocols and private security guard contracts – topics that dominated public debate in 2020 but have since receded.

Coronavirus seeped out of these hotels in mid-2020, prompting a months-long lockdown as other states remained open.

“You can’t say ‘I don’t recall’ like the premier did two dozen times and think that is an adequate level of scrutiny,” Guy said.

The state opposition often attacked the Andrews government’s strict health measures and the premier’s forceful, rules-based style. Some public-health experts criticised the opposition’s commentary during the pandemic and argued it undermined compliance with rules. The opposition, fuelled largely by the frustration of small business owners who suffered in lockdowns, believes its censures were necessary to hold the government to account.

Looking ahead to an election fewer than 100 days away, Guy said the most profound change on offer this election cost nothing.

“Victorians are looking for something different. We have to be, as the Liberal Party, the answer to that.”