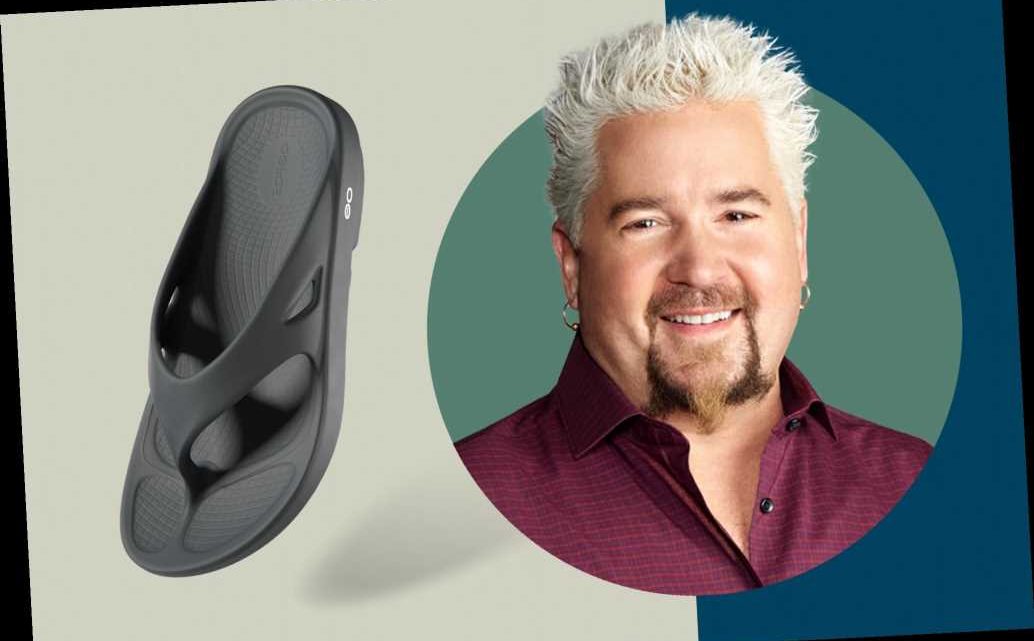 Guy Fieri is as much an icon for his image as he is for his food (which is now available nationwide, BTW). The hair, the sunglasses, the flame shirt that he never actually wears: He's inspired memes, Halloween costumes, even a bar crawl. But now, doing your best Guy Fieri impression isn't just getting easier, it's also approved by the man himself: The celebrity chef has officially teamed up with the footwear brand OOFOS to tout the benefits of their sandals.

"Look, everybody knows that I'm a flip flop guy," Guy Fieri said, announcing the partnership. "I'm on my feet non-stop in the kitchen, at the ranch, shootin' DDD or wherever I am, so it's important that they feel good. And lemme tell ya, my OOFOS deliver."

According to OOFOS, Fieri fell in love with their products by happenstance: During a trip in Hawaii, the chef wore out the sandals he was wearing and so he swapped in a pair of OOFOS OOriginal—and the rest is history.

For the partnership, Fieri will "work to introduce OOFOS and its proprietary OOfoam technology to other industry leaders and join in on the brand's Project Pink initiative to help give back to cancer research," the brand said. This charity component was apparently a major factor in Fieri's decision to work with the shoemaker. The chef has a well-known affinity for giving—whether it's literally feeding first responders on the ground during disasters or larger charitable efforts like the COVID-19 relief fund he launched with the National Restaurant Association last March.

"We are very excited to announce this partnership with Guy Fieri!" Steve Gallo, president of OOFOS, exclaimed. "His personal experience with our brand and his understanding of the benefits that our products provide to active people who are on their feet all day make this a truly authentic relationship."

And can an official Guy Fieri branded flip-flop be far behind? OOFOS says that nothing is in the works yet, but it feels like a natural fit… as long as they aren't covered in a flame print, of course.

This story originally appeared on foodandwine.com