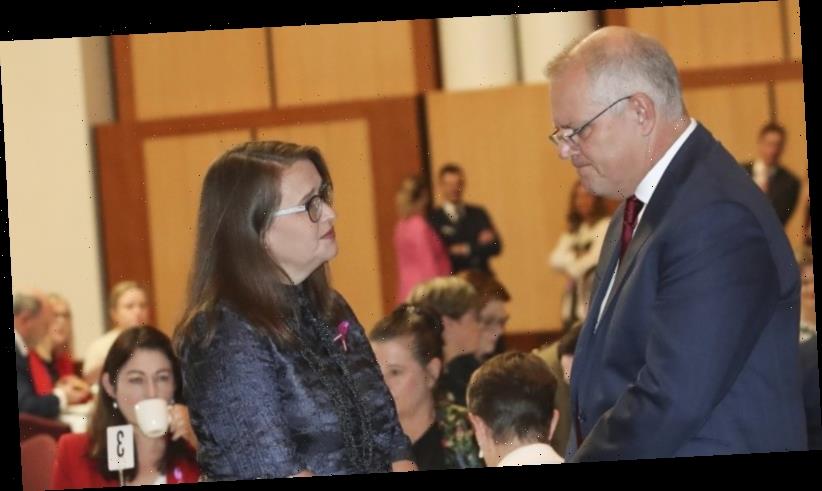 The Morrison government will this week outline its plans to overhaul the way the country deals with workplace sexual harassment in its long-awaited response to the Respect@Work report.

The landmark report from Sex Discrimination Commissioner Kate Jenkins was handed to the government in January 2020 and released publicly last March. It made 55 recommendations aimed at shifting from a complaints-based system that puts a heavy burden on victims to one where employers must proactively stamp out sexual harassment and create safe workplaces. 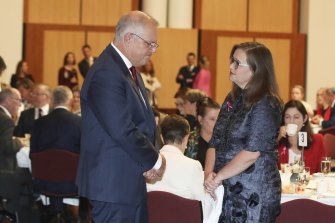 The government’s response will be the key focus of the first meeting of Prime Minister Scott Morrison’s new cabinet women’s taskforce on Tuesday. It is expected to be announced once the full cabinet has approved it on Wednesday, the same day Minister for Women’s Safety Anne Ruston meets her state counterparts about the next national blueprint to reduce violence against women.

The government has been under increasing pressure to formally respond to the report as it reels from a string of allegations of sexual harassment, abuse and misbehaviour towards women.

Earlier this year it said it was already acting on nine recommendations – it allocated $2.1 million in October’s budget to establish a Respect@Work Council and run a survey every four years on the prevalence of sexual harassment.

Minister for Women Marise Payne did not directly answer questions in Senate estimates last month about whether she supported the central idea that the onus for eliminating sexual harassment should be put on employers. Assistant Minister for Women Amanda Stoker, who was given responsibility for the Respect@Work response in late December, was not available for comment.

Labor’s spokeswoman on the prevention of family violence, Jenny McAllister, said it was disgraceful the government had taken so long to get to work on the recommendations.

“This report, like others on women’s policy, has been left languishing on the shelf,” she said. “Only now, in the glare of media spotlight, the government is scrambling to respond to the report’s 55 recommendations, commencing with its commitment to ‘prioritise’ just nine of them. Australian women deserve better.”

Ms Jenkins recommended legislative changes to the Sex Discrimination Act and the Fair Work Act that would put a positive duty on employers to eliminate sexual harassment and discrimination and allow perpetrators to be sacked.

It is expected the government will detail which of these it will pursue. Changes are likely to include removing exemptions in the Sex Discrimination Act for MPs and judges, which independent MP Zali Steggall already has a bill before Parliament to do.

The report also recommends community legal centres and Legal Aid receive increased and recurrent funding. At the moment, legal services are funded through five-year agreements between state, territory and federal governments that have to be renewed through lengthy negotiations. The latest agreement began in July 2020.

Rebecca Sheehan, head of Macquarie University’s gender studies program, said the government had to back its response with a lot more than $2.1 million, with workplace sexual harassment estimated to cost the economy $3.5 billion a year.

She also said it was vital to address notions about masculinity that underpinned bad behaviour.

“One of the problems is that we get bogged down in legislative change because it’s hard … but we need to also be having conversations about what’s the bigger picture here,” she said.

The Respect@Work council, chaired by Ms Jenkins, met for the first time on March 19. Its work accounts for three of the recommendations, including giving high-level advice to those providing information and support about sexual harassment, and working with unions and employer groups to deliver educational resources online.

The other recommendation acted on asks the Human Rights Commission and Fair Work Ombudsman to update information for young people about workplace rights.

Amitabh Bachchan, Deepika Padukone to Star in Bollywood Remake of ‘The Intern’
Entertainment