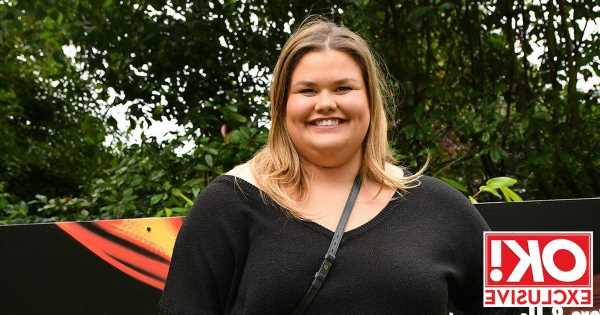 No matter what’s happening in the world, viewers can always rely onGogglebox for a much-needed pick-me-up. Whether the cast members are commenting on the latest episode of Strictly Come Dancing orare making cheeky innuendos in between scenes, the show truly proves that laughter is the best medicine.

But while fans across the country may be familiar with the families commenting on the best of the box every week,less is known about what happens behind the scenes.

However, one person who knows exactly what happens when filming is former Gogglebox star Amy Tapper,who has been showcasing her weight loss thanks to theMuscleFood Goal Getters plan.

After first landing a spot on the hit show back in 2013, the 22 year old spent five years watching telly alongside her mum Nikki, dad Jonathan and brother Josh. In an exclusive interview with OK!, Amy reveals all the interesting secrets from the show…

With Gogglebox cast members commenting on a roundup of some of the week’s best TV shows, it’s hard to imagine just how they manage to watch so much TV. However, Amy has revealed that exactly how many programmes they watched changed as the show evolved.

“When the show first started, we’d watch a whole TV programme but as the series went on, I think they realised that you could fit more into a six hour filming session by only watching 20 minute clips of shows,” she says.

“So at the start, we’d watch entire shows but towards the end you were just given certain clips to watch.”

While the Goggleboxers are known for their incredible one-liners and laugh and loud funny comments, Amy explains that “what you see is what you get” and that all reactions are genuine. However, producers may occasionally step in to encourage participants to comment on specific things.

“It’s pretty much what you see is what you get, but it is a reality TV show. Producers had to make sure that they were getting everything, so on rare occasions they would give us prompts,” she says.

“For instance, if we hadn’t commented on what a presenter was wearing, they’d come in and tell us to make one comment and then re-film that scene. They’d never put words in our mouths, though.”

The Tapper family initially auditioned for another show

Meanwhile, it’s well-known that nobody can audition for a part on the show, with all participants being scouted by those who work on the team. According to Amy, her family landed a spot on the Channel 4 programme after initially showing interest in another show being made by the broadcaster.

“My mum was ill with breast cancer in 2011 and had been amazing through the whole thing. She was nominated to go on a show called Jewish Mother of the Year and a team came to our house to meet us all and they filmed us interacting as a family while my mum was making spaghetti,” she says.

After eventually deciding against the show, a producer who was looking for a “standard nuclear family” approached the Tappers and they were scouted for the programme.

Given that Gogglebox depends on its stars to bring their unique commentary to the show, it’s no surprise that crew members need to get it right when finding the best people to appear on the programme.

As a result, after being approached to appear on the show, the Tappers then had to prove that they had TV worthy conversations.

“They came round to our house where they presented us with pictures of different things, like the Queen, and asked us to talk about it as we sat on the sofa in front of cameras,” Amy says. “After that, we got the call and started filming.”

Amy has been following Goal Getters by MuscleFood, Super Slimmer meal plan. Find out more here. You can use the exclusive code OK3BOX for £10 off your first three Goal Getters boxes at musclefood.com/goal-getters