A gay man was left ‘howling’ with laughter after an online catfish stole his pictures to create a straight Tinder profile – but edited out his Britney Spears calendar to make it look ‘less gay’.

Ross Wrightson, 19, from Glasgow, revealed that the thief nicked his Instagram picture to create a Tinder profile for an alternative ‘Ross’, aged 22.

He told how the original version of the photo has a Britney Spears calendar in the background which was cropped out of the new Tinder version.

The real Ross shared the images on social media, tweeting: ‘Naw am howling someone has made a straight Tinder using my pictures and has cropped the Britney Spears calendar out of one of my Instas to make me look less gay.’ 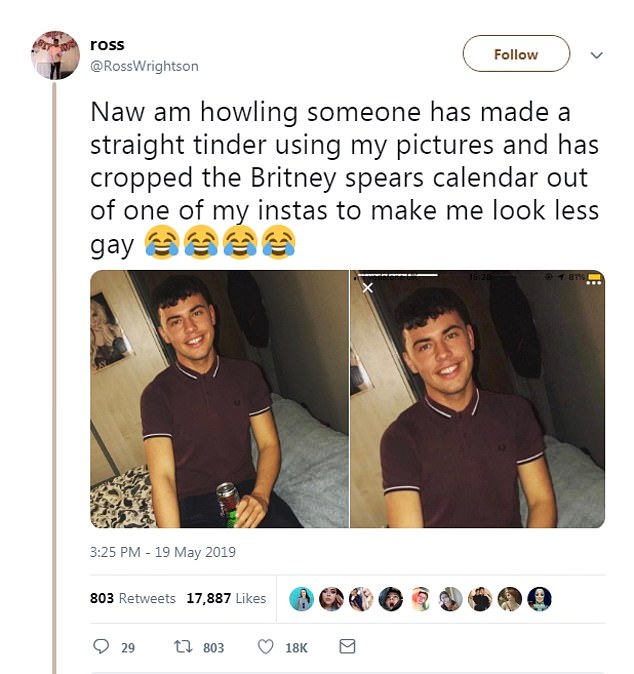 His tweet quickly went viral, with more than 18,000 users liking the image.

The first picture, taken from Ross’s Instagram, shows him sitting on his bed with a Britney Spears calendar clearly visible on the wall in the background.

The second picture shows the same image, but with the calendar clearly cropped out.

The formatting of the screenshot shows that it has been taken from Tinder and lists ‘Ross’ as being a 22-year-old living 11 kilometres away. 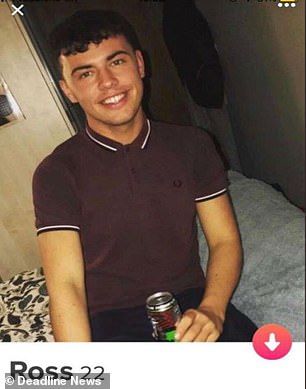 Ross shared the snap of him enjoying a drink in his bedroom, with a Britney calendar clearly on display in the background. But when the lad discovered a catfish had taken his pictures, the Britney poster had been tactically cut out

Other screen grabs from the Tinder profile show extra images which have also been taken from his social media.

These include one of him sitting on a couch and another while on a trip to Amsterdam. The ‘Britney’ picture was the only one to be changed.

Ross left Twitter users in stitches with his comments, with many others in shock that the catfish had  chopped Britney out the frame

Another Twitter user said: ‘The disrespect to Britney smh [so much hate].’

Speaking today, Ross confirmed how he managed to spot the fake profile, explaining: ‘A friend of my friend came across the account and told my friend about it. 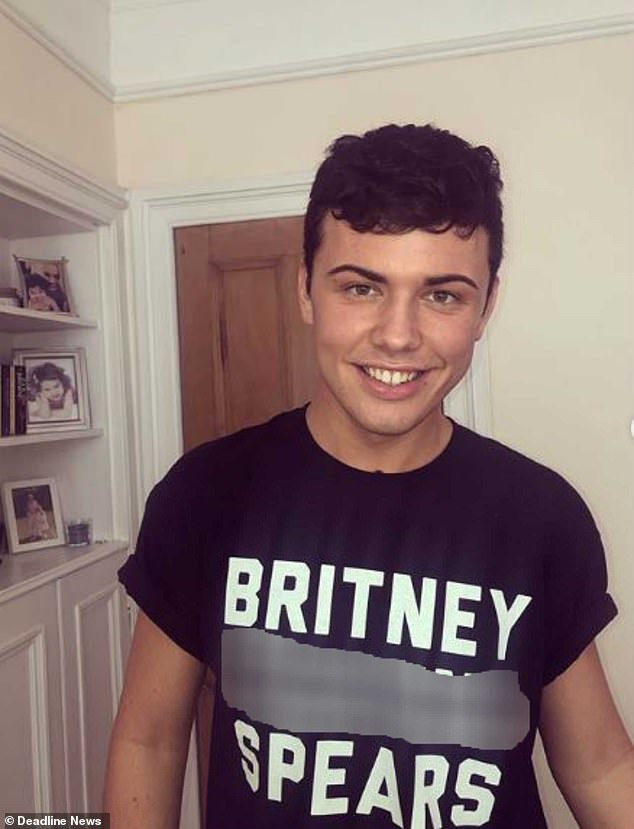 Ross, who is an avid Britney Spears fan, said he was left ‘unsettled’ by the fake profile, but said he found the decision to cut the popstar out the frame ‘hilarious’ 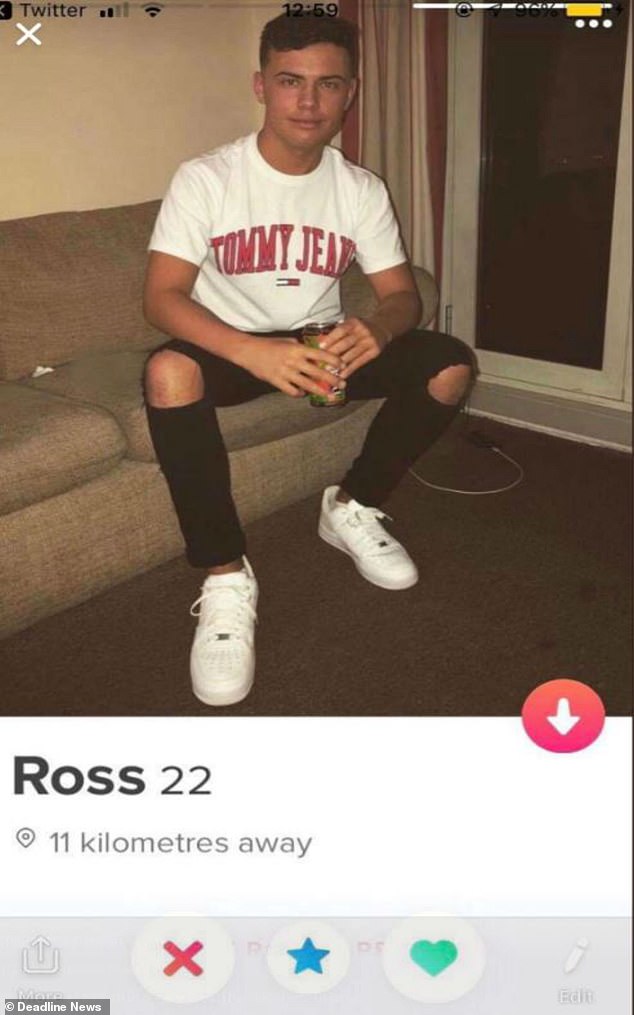 A friend of a friend spotted the account and asked Ross why, as a gay man, he was on Tinder looking for girls

‘She got in touch with me to ask me why I was on her Tinder and I was confused, but then we worked out it wasn’t my account so I asked the girl to report it.’

Ross admitted he found the incident ‘unsettling,’ but found the decision to take Britney out of the picture hilarious.

He added: ‘Well it’s a bit unsettling to have someone use your pictures to catfish girls on Tinder.

‘I just found it so funny that the Britney calendar didn’t make the cut for the fake account in order to give girls a different impression of my photo.’ 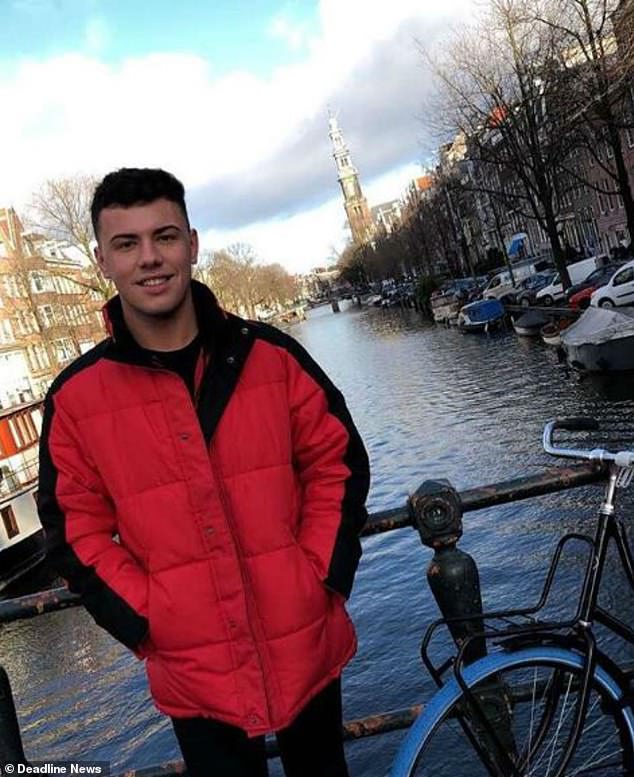 While the catfish had taken several of Ross’ pictures from Instagram, including this one, it was only the image with the Britney calendar that had been altered

Last year, Britney Spears received a GLAAD Vanguard Award which is presented to media professionals who promote equality and acceptance of LGBTQ people.

After receiving the award, Britney herself took to Twitter saying: ‘The LGBTQ community means the absolute world to me and inspires me every day.

‘I am proud to be an ally and I will continue to support equality and acceptance for all!’