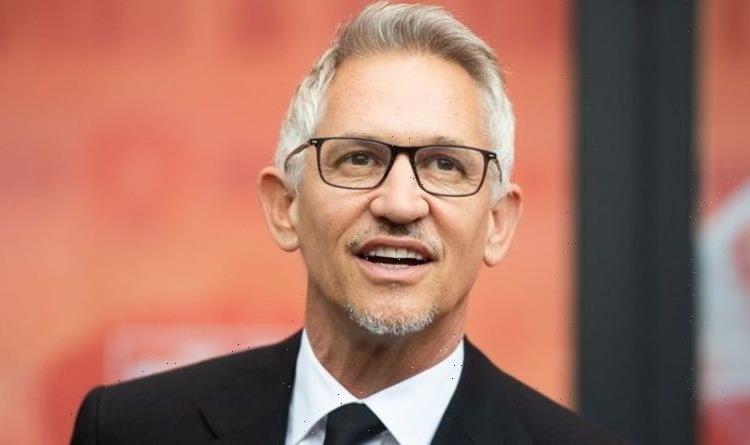 Gary Lineker is a professional footballer turned sports broadcaster. During his career, he has earned a huge fortune despite taking a pay cut in recent years.

What is his salary?

The footballer has repeatedly topped the list of highest paid at the BBC since taking over a sports broadcaster.

Despite taking a pay cut in recent years, he reportedly earned a whopping £1.3million in the 2020-2021 financial year.

The footballer is 60-years-old.

According to Celebrity Net Worth, he is worth $35million (almost £26million).

He catapulted to fame as a former professional football player.

He began his career in 1978 at Leicester City, and after playing for many teams including Everton and Barcelona, made his England debut in 1984.

The footballer scored 330 goals, including 282 goals at club level.

Upon his retirement, he was inducted into the English Football Hall of Fame.

It is a great honour, which he shares with esteemed footballers such as Bobby Charlton and David Beckham.

Gary Lineker channelled his love of football into a career at the BBC.

He is the host of Match of the Day and the BBC’s coverage of the FA Cup and major football tournaments.

He received more than £1million last year after receiving a pay cut of 23 percent.

He is the highest paid BBC employee.

He had a cameo in the 2005 film Bend It Like Beckham, which starred Kiera Knightley.

He also wrote for the Mail on Sunday and Sunday Telegraph, and presented on Al Jezeera Sports and NBCSN.

Gary’s most recent venture is as the frontman of gameshow Sitting on a Fortune, which began on November 7.

Despite his ginormous net worth, viewers have poked fun at his new presenting role.

@Charles25769903 commented: “Poor Lineker, having to take on another job after having his BBC salary cut! #SittingOnAFortune.”

The Duchess of Cambridge wears Alexander McQueen ensemble at Cenotaph

Ina Garten Reveals '1 of My Secret Pleasures': An Easy 'Barefoot Contessa' Recipe She Says Is Her 'Obsession'
Entertainment