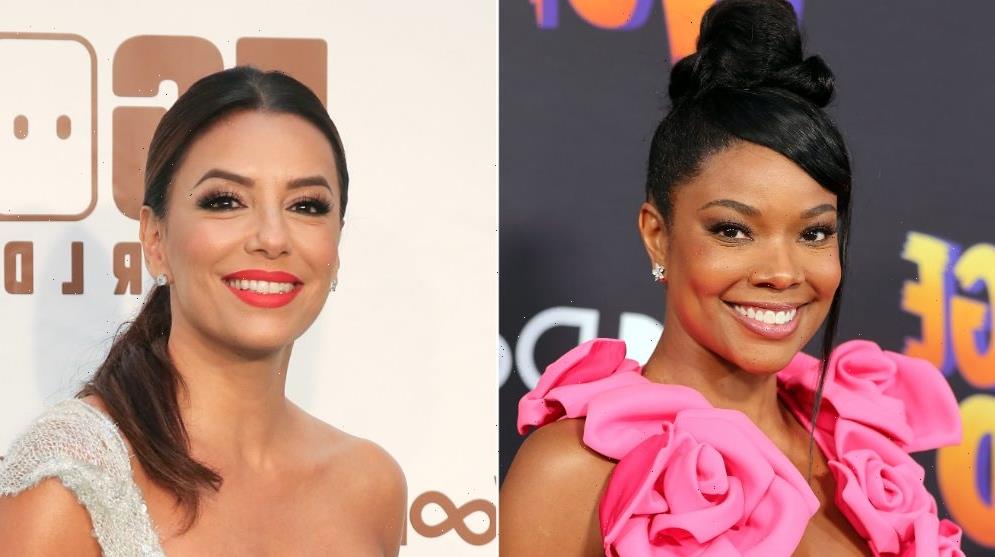 Welcome to this week’s “Just for Variety.”

Gabrielle Union tells me exclusively that she and Eva Longoria are developing an LGBTQ wedding comedy feature for Amazon Studios. They’ll not only produce the film but likely star as dueling soon-to-be mothers-in-law whose sons are getting married.

“Eva and I try to take over their wedding [planning] and make it the wedding of our dreams versus theirs,” Union said on Nov. 13 at a tastemaker screening of “The Inspection.” The untitled project is being written by Ricardo Gamboa and produced by Macro Film Studios, Union’s I’ll Have Another Productions and Longoria’s UnbeliEVAble Entertainment.

Union also gave me an update on “Got to Be,” a Billy Porter-directed road trip movie she’s producing about three Rhode Island high schoolers who travel to New York City for their first Pride parade. It was inspired by Union and husband Dwyane Wade’s daughter Zaya asking to attend Miami Pride when she was 10 years old. “It’s a group of diverse kids. One is a chubby Asian, another is a Black nonbinary — I don’t want to say a diva or divo, but an extravagant, dynamic larger personality — and then there’s a white bisexual boy,” Union says, adding that she hopes the film features authentic casting. “I believe that it is important to have real representation so we’re not play-acting at what it is to be queer,” she says.

Union was also on hand at the premiere of “Strange World,” Disney’s new animated family adventure film, on Tuesday in Hollywood. She and Jake Gyllenhaal star as the parents of a gay teen (Jaboukie Young-White). “A lot of folks are trying to erase whole chunks of our population and trying to reimagine reality without LGBTQIA folks,” Union said. “The reality is, we exist everywhere, every part of the globe.”

Young-White said of his character’s queerness, “It’s beautiful… It’s not self-congratulatory, it’s not announcing itself, it’s just accepting it as a normal reflection of our reality.”

Also at the “Inspection” screening, writer-director Elegance Bratton told me he’s adapting the semi-autobiographical movie as a TV series. Jeremy Pope plays a gay man who enlists in the Marines after being forced to live on the streets when his mother (Union) kicks him out because of his sexuality. “I have many more stories from my time in the Marine Corps,” Bratton said, adding that the tone of the series will be “even more assertively a comedy” than the film.

As for Pope, he’s getting ready to open on Broadway in “The Collaboration” as Jean-Michel Basquiat opposite Paul Bettany as Andy Warhol. Considering how closely he’s working with Marvel veteran Bettany, could a superhero movie be in Pope’s future? He not only has the acting chops, he has the physique — and his signature avant-garde style would fit in quite nicely in the MCU. “From your mouth to the guys that make those decisions,” Pope says, laughing. “You and Paul Bettany I feel are making that happen right now.”

When Wayne Brady hosts the American Music Awards on Nov. 20, his dream is to open the show with Beyoncé, who goes into the evening with six nominations. “I would want to do a cover of her cover of Etta James’ ‘I’d Rather Go Blind,’” Brady tells me just days before the event.

His pitch? “Hey, Beyoncé, it’s Wayne. I met you many years ago when you were on my talk show, and I know your mama — she had a great jeans line. I love your rendition of ‘I’d Rather Go Blind,’ and I’m about ready to go onstage in about 10 minutes,” Brady says. “I think you, myself and [bandleader] Adam Blackstone, we should work up a version of the song. You take the first verse, of course, and then I’ll come in on the hook. We will sing a great two-part harmony… but then we’ll freak it. I’ll start to beatbox.”

Brady says he’s a fan of Taylor Swift, another six-time AMA nominee, but not a Swiftie. “To be a Swiftie would mean that I would die-hard rock with her, but I don’t have time to listen to everything,” he says. “I’ve heard the bulk of her music that’s been on the radio, and I have to say Taylor Swift will go down on the books as one of the greats.”

SIGHTINGS: Author and illustrator Charlie Mackesy drawing some of his characters on a wall at J.J. Abrams’ Bad Robot in Santa Monica during a reception following a screening of his and Peter Baynton’s new animated short, “The Boy, the Mole, the Fox and the Horse.” The evening’s guests included Abrams, James Corden, Max Minghella, Alek Keshishian, Bonnie Arnold and Tim Miller. The film launches on Apple TV+ on Dec. 25.

I moderated a Q&A on Tuesday night for “Spoiler Alert,” director Michael Showalter‘s adaptation of “Spoiler Alert,” entertainment journalist Michael Ausiello‘s memoir about his late husband Kit Cowan‘s battle with cancer. Jim Parsons stars as Ausiello with Ben Aldridge (“Fleabag”) as Cowan. I chatted with Ausiello and Aldridge before a packed house at the Linwood Dunn Theater in Hollywood. I’ve known Ausiello for many years (OK, decades!) and what a beautiful experience it is to see his gorgeous memoir on the big screen. Aldridge is not only matinee-idol gorgeous, but get ready for his star to rise when audiences see his stunning and heartbreaking work in the film. “Spoiler Alert” will be released Dec. 2.

I'm the captain of a cruise ship – here is my luxurious cabin with a bathtub, walk-in closet and 55 inch TV | The Sun