THE honrny Malaysian teen who got his penis stuck in a sewage pipe is not the first to be caught with his pants round his ankles in a VERY compromising position.

The 16-year-old lad had to be freed with a circular saw after romping with a waist-high toilet pipe at his home in Johor, Malaysia. 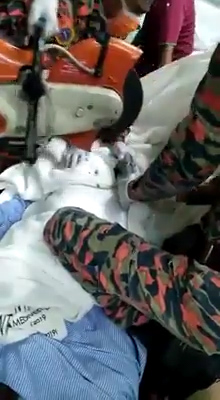 After suffering swollen genitals and a bruised ego, the youngster joins a long line of unfortunate fellas who came a cropper trying to get their kicks in peculiar ways.

So in honour of the randy young lad we have compiled a list of the best examples of men being caught getting frisky with weird and wacky objects.

In 2013 a Swedish man was caught on camera having sex with a bicycle.

Police in Osterlund believed he may have even had links to similar string of crimes dating back to 2007.

One bike owner, Per Edstrom, who caught the crime on CCTV said: "I am not scared of him, just irritated over all the punctures I have had to fix.

“This man is probably completely harmless – bicycles are just his thing." 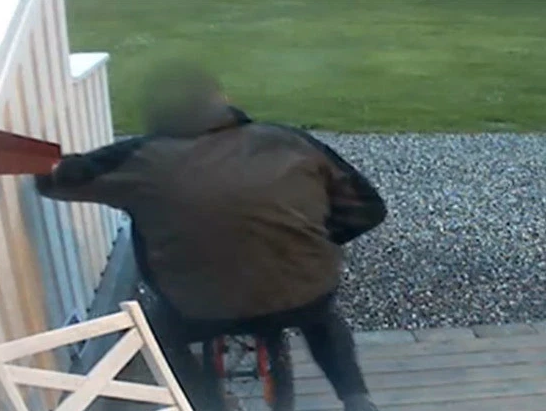 One randy motorist in Newcastle, Australia, was nabbed by cops as he was driving down the motorway with his penis in a PASTA JAR.

Police in the Aussie city thought Keith Roy Weatherley, 46, had a weapon in his hand when they pulled him over but the truth was far more shocking… and disgusting.

This electrician decided to do some unique plumbing of his own.

Florin Grosu was 33 when he was caught making love to a roadside drain cover in broad daylight in 2017.

The oddball dressed in bathrobe, jeans and trainers was caught thrusting his junk into the drain cover at 11am as passers by looked on confused.

Police in Romford, Essex, issued an arrest warrant when he failed to show for his hearing.

Some 24 years earlier Karl Watkins was charged with a similar crime – as seen on The Sun's front page with the headline: "The man who made love to pavements." 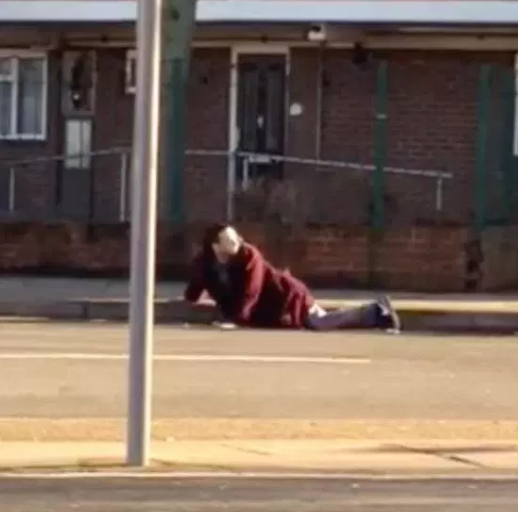 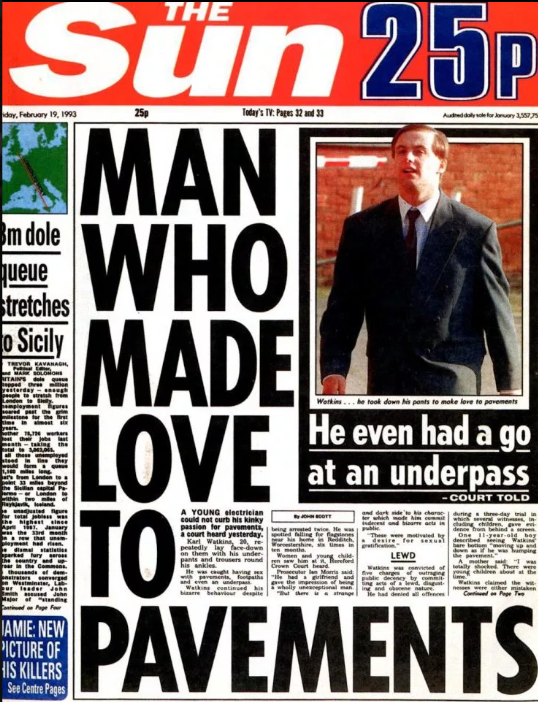 One oddball in Wiltshire was arrested for allegedly having sex with a lamp-post.

Police in the town of Westbury arrested the deviant in February 2008. He was released on bail but recalled after further interviews with witnesses.

Police had to be called in 2008 when reports of a man having sex with a garden table were submitted to them.

A neighbour reported that Art Price Jr, from Ohio in the US, lifted a round metal table and proceeded to perform a sex act on it, in broad daylight.

Price Jr was arrested and faced charges for public indecency.

Police Captain Matt Johnson said at the time: “He was completely nude. He would use the hole from the umbrella and have sex with the table.” 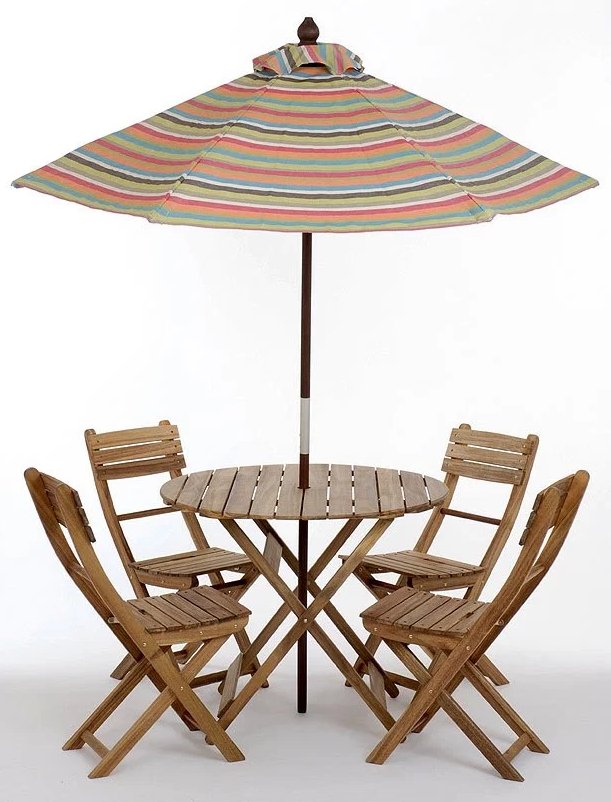 MORE CUSHION FOR THE PUSHIN'

This American took the furniture theme even further by having sex with a sofa.

Gerard Streator, 46, was spotted bending over an abandoned yellow settee with his trousers round his ankles.

The hotel worker was caught by an off-duty cop having his way with the couch on the side of the road at 11pm.

The crime earned Streator a charge of lewd and lascivious behaviour in Waukesha, Wisconsin.

Calum Ward was seen making love to an ambulance after he had set fire to a packet of peanuts.

Devon police collared the lad after he was seen performing the odd nut stunt in a telephone box.

The 25-year-old was said to be in 'relatively high spirits' and according to the prosecuting counsel, police at the time said: "He looked as though he was attempting to make love to the front of an ambulance."

Ward was sentenced to a community order after admitting taking drink and drugs before seeing the error of his ways. 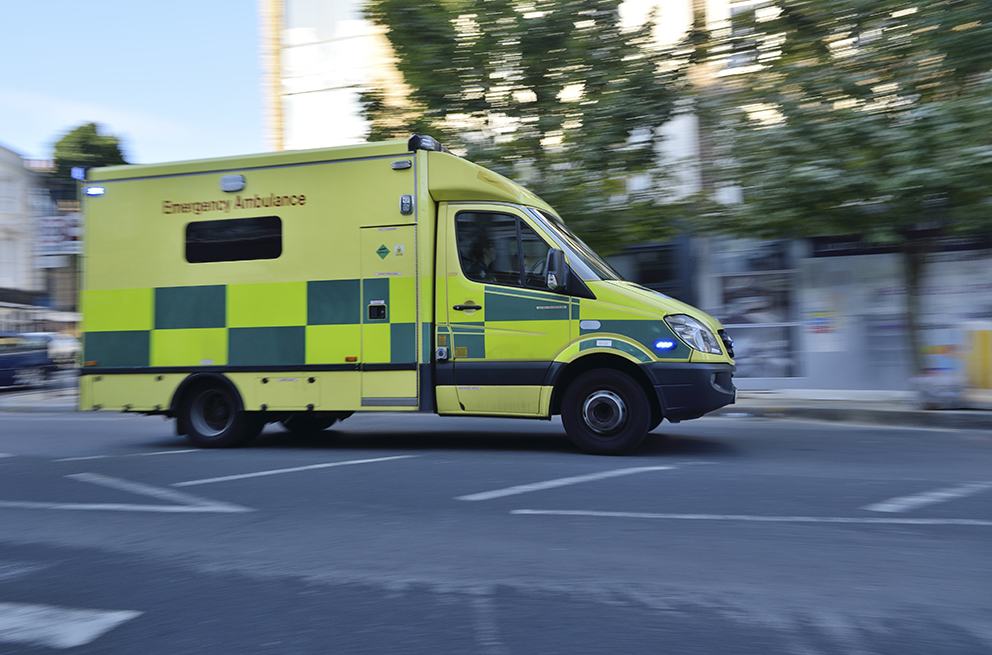 Last year a man in Kansas, US, was tasered by police when he refused to stop having sex with a car exhaust.

Ryan Malek, 24, pleaded guilty to "lewd and lascivious behaviour" in the car park of an apartment building.

When police arrived at scene they found Malek trying to put his penis into the car exhaust.

To make matters worse, he was seen by six witnesses, but only ended up with a $200 fine. 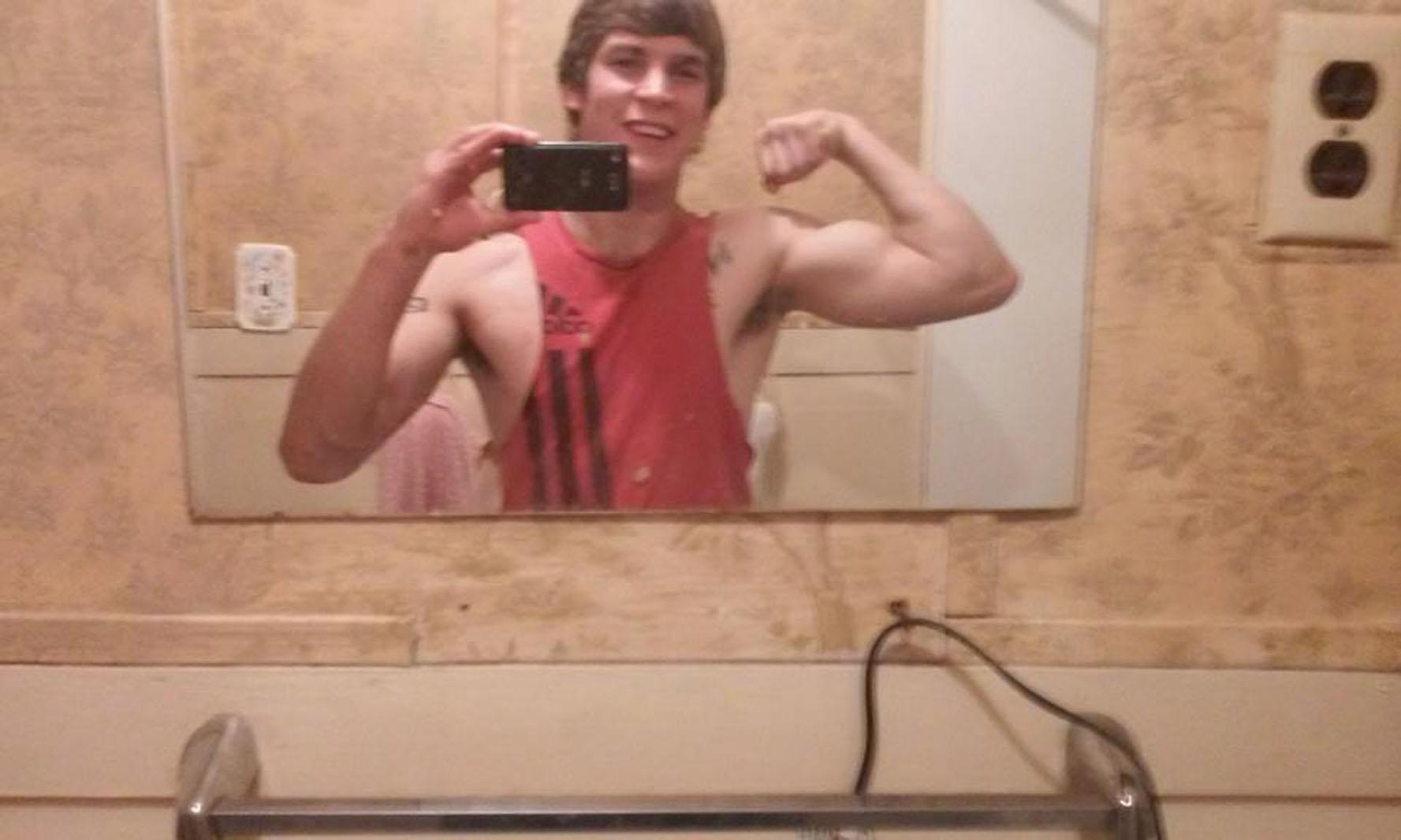 Taking an inflatable raft out of the water generally makes it useless.

But not for Ohio man Edwin Charles Tobergta, who was jailed in 2013 for having sex with a lilo – in broad daylight.

To make matters worse, it wasn't the first or even second time he'd been arrested for his bizarre blow-up fetish.

In 2011 he was nicked for bonking a pink swimming pool raft, and way back in 2002 he romped with an inflatable PUMPKIN from his neighbour's Halloween display.

A Polish builder was caught out after being caught red-handed with a Henry the hoover.

The stunned site security guard was supposed to be locking the site when he discovered the man with his pipe stuck in the, er, pipe.

Shocked and appalled by the man's actions the guard demanded the man 'clean himself and the hoover'.

Once questioned by his bosses, the bloke reportedly told his bosses it was a common practice in Poland.

FALLING IN LOVE WITH INANIMATE OBJECTS

THE term objectum sexuality was invented 30 years ago by a woman who married the Berlin Wall.

Eija-Riitta Berliner-Mauer, whose surname translates as Berlin Wall, married the concrete structure in 1979.

She and fellow objectophile, Erika Eiffel, who married the Eiffel Tower, founded the OS Internationale support network and educational site.

The site states: "We love objects on a very significant level and many of us, in an intimate way.

"This feeling is innate.

"Objectum sexual love comes for most in a similar awakening as other sexualities at the start of puberty.

"This is often followed by an acute awareness that we do not relate to peers due to the source of projected feelings.

"Often objectum sexual people feel outcast or pressured by mainstream sexuality with a helpless feeling that we cannot change what comes naturally to us."

In 2010, clincial sexologist Dr Amy Marsh published out what is thought to be the first study into OS, in the Internet Journal of Human Sexuality.

After speaking to 21 people who claim to be objectum sexual, Dr Marsh spoke on US television revealing she supported OS as a legitimate sexual orientation.

Dr Marsh said: "The most striking feature of this research was the discovery of the array of emotions and depth of connection that OS people feel for their objects.

"OS appears to be a genuine, though rare, sexual orientation.

"The emotions and experiences reported by OS people correspond to general definitions of sexual orientation." 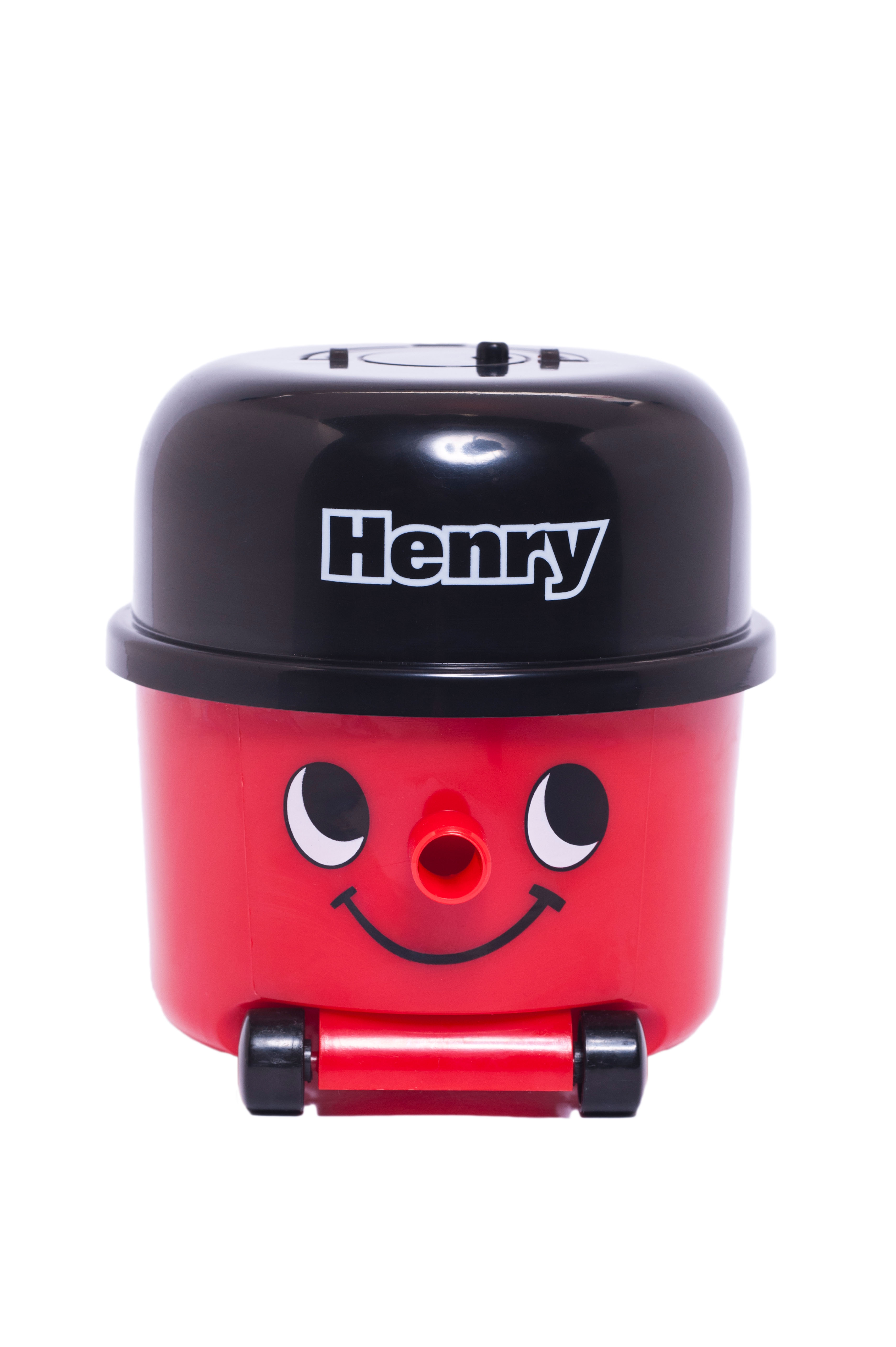 Mena Massound on ‘Aladdin’: ‘I’m proud of this film’
Entertainment