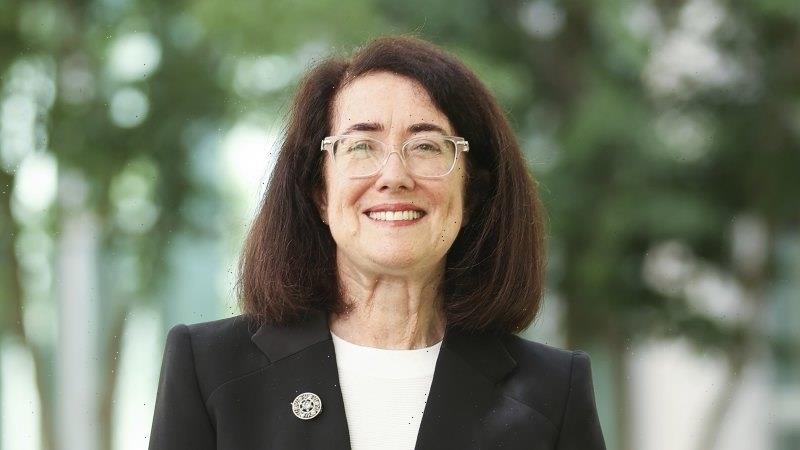 The federal government has named one of the country’s leading commercial lawyers to head the competition watchdog, installing Gina Cass-Gottlieb as the first woman to chair the independent agency.

Ms Cass-Gottlieb will run the Australian Competition and Consumer Commission from 21 March next year in a key appointment to the peak authority regulating markets and protecting customers. 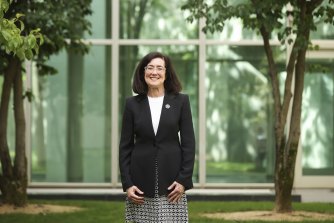 Gina Cass-Gottlieb, the incoming chair of the Australian Competition and Consumer Commission, in Canberra on Tuesday.Credit:Alex Ellinghausen

“I have written to states and territories seeking their support for the proposed appointment of
Ms Cass-Gottlieb ahead of recommending to the Governor-General that Ms Cass-Gottlieb be appointed as ACCC chairperson for five years,” Treasurer Josh Frydenberg said in a statement.

The new chair will replace Rod Sims, who signalled this year he would not seek another term after chairing the ACCC since 2011 after a business career as a regulator, economic adviser to the Hawke government and a corporate advisor.

“As often stories are written about people who lead organisations staying too long, I think 11 years is a good run,” Mr Sims said last month.

Ms Cass-Gottlieb has been a senior partner in competition and regulation at law firm Gilbert + Tobin for more than 25 years, advising on business deals and regulation in Australia and New Zealand.

The government made her a member of the Reserve Bank of Australia’s Payment Systems Board in 2013 and a member of the Financial Regulator Assessment Authority in September this year.

Mr Frydenberg thanked Mr Sims for his dedication and leadership over more than a decade.

“Mr Sims has made an outstanding contribution to competition, consumer and infrastructure policy in his time at the ACCC, helping to advance world leading reforms including most recently with respect to the digital platforms,” the Treasurer said in a press release on Tuesday.

“I also acknowledge his wider contribution to public policy during his distinguished public service career which spans more than three decades. I wish him well for the future.”

Ms Cass-Gottlieb was not available for an interview.

Cooking, cleaning and Christmas present shopping for the kids was too much, I need a holiday to Lanzarote to recover