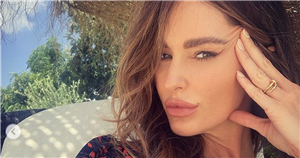 The Only Way Is Essex star Georgina Cleverley has announced that she has welcomed twins with her Watford footballer husband.

The 36 year old welcomed two daughters with her husband Tom and has revealed that they have named their newborns, Sloane and Summer.

The brunette beauty, formerly known as Georgina Dorsett, posted the snap to her 48,500 Instagram followers of the adorable newborns in pretty white bonnets, captioned: "I will NEVER find the correct words to use, to sum up my feelings right now. Sloane and Summer welcome to the world."

But what do we know about the former reality star? Let’s take a look…

How old is she?

Georgina was born on September 6 1985 which makes her 36 years old.

Who is Tom Cleverley?

Thomas William Cleverley, 32, is a professional footballer who plays as a midfielder for Championship club Watford.

The Basingstoke-born footballer played in the 2012 Summer Olympics in London as part of the 18-man Great Britain squad.

In August 2012 he made his England debut against Italy before winning against Moldova in the 2014 FIFA World Cup qualifying game.

When did she meet Tom?

The ex-TOWIE star reportedly started dating Tom in May 2012 after the couple were introduced through a mutual friend.

Tom then popped the question with a reported £20,000 engagement ring in Las Vegas, a year after welcoming their first child.

The couple exchanged vows at the glamorous 5-star hotel Claridge’s, in Mayfair, London in 2015.

Georgina and Tom said “I do” in front of footballers and celebrities including the likes of Wayne Rooney and his wife Coleen with The Saturdays singer Rochelle Humes as a bridesmaid.

How many children does she have?

Georgina announced she was pregnant with their first child in December 2012 and gave birth to a daughter, Nevaeh Rose, on June 7 2013.

The couple went onto welcome their son Albie on May 3 2016 before announcing the birth of their twins Sloane and Summer.

What does she do?

Georgina is a former property developer and lives in London with her family.

The mum-to-be has 48,500 Instagram followers and regularly posts snaps of her jet-setting lifestyle including nights at The Dorchester, trips to Dubai and her stunning designer shoe and bag collection.

What has she starred on?

Georgina joined TOWIE in the same year she met her now-husband Tom.

She appeared in two series before deciding to leave to spend more time with the footballer outside Essex.

A source told the Sun Online of Georgina’s departure from the reality show at the time: “Georgina leaving was a mutual decision between us and producers.

“Her heart wasn’t really in it and producers felt she didn’t bring much to the show. She wants to spend more time with Tom out of Essex.”

Who else has she dated?

The mum-of-two went on an unsuccessful date with TOWIE star Joey Essex on the series in early 2012 which got the attention of Mario Falcone.