Home » Lifestyle » Everything you need to know about miscarriages 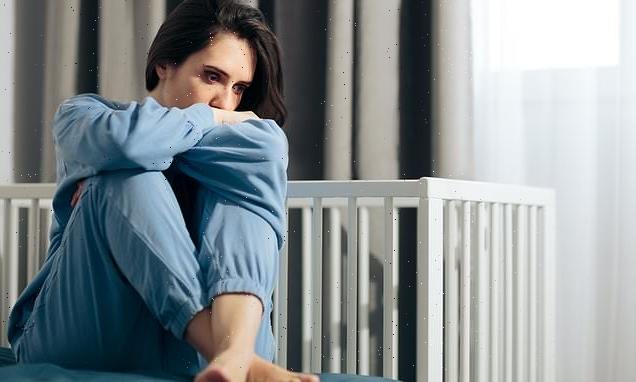 Everything you need to know about miscarriages

Everything you need to know about miscarriages: From the time of year when there’s a greater risk to identifying blood disorders that could be to blame

According to a recent study, pregnant women are more likely to suffer the heartbreak of a miscarriage during the summer.

Calling for ‘medical guidance and public health messaging’ to ‘consider the potential effects of heat on the health of pregnant people and their babies’, researchers behind the eight-year project tracked the pregnancies of 6,000 women in the U.S.

Miscarriage rates peaked in June, July and August — the traditional summer months in the Northern Hemisphere, analysis by a research team led by Boston University showed.

The highest seasonal difference was logged in August, when miscarriage rates were 44 higher than in February.

The trend was strongest for miscarriages that occurred before eight weeks, when a foetus is still the size of a raspberry. 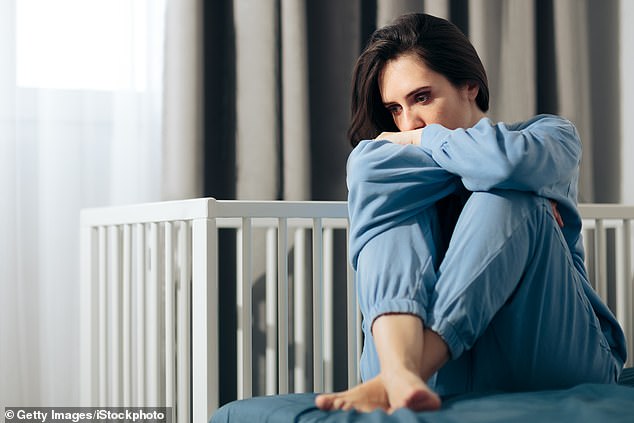 According to a recent study, pregnant women are more likely to suffer the heartbreak of a miscarriage during the summer (stock image)

Experts believe extreme heat or lifestyle factors during warmer weather could be to blame — but they said further research is needed.

Published in the journal Epidemiology, the findings show the risk of miscarriage during any week of pregnancy was 31 per cent higher in late August, compared to late February.

A miscarriage is more often than not a scary and emotional experience to go through.

Here is everything you need to know about the process and causes.

The causes of miscarriages explained – from hormonal factors to foetal abnormality

It is highly unlikely that you will ever know the actual cause of a one-off miscarriage, but most are due to the following problems:

The most common cause of miscarriages in the first couple of months is a one-off abnormal development in the fetus, often due to chromosome anomalies. ‘It’s not as though the baby is fine one minute and suddenly dies the next,’ says Professor James Walker, Professor of Obstetrics and Gynaecology at the University of Leeds.

‘These pregnancies fail from the outset and were never destined to succeed.’ Most miscarriages like this happen by eight weeks, although bleeding may not start until three or four weeks later, which is worth remembering in subsequent pregnancies. ‘If a scan at eight weeks shows a healthy heart beat, you have a 95 per cent chance of a successful pregnancy,’ says Professor Walker.

A hormonal blip could cause a sporadic miscarriage and never be a problem again. However, a small number of women who have long cycles and irregular periods may suffer recurrent miscarriages because the lining of the uterus is too thin, making implantation difficult.

‘There used to be a trend for progesterone treatment, but trials show this really doesn’t work,’ warns Professor Walker. ‘There is some evidence that injections of HCG (human chorionic gonadotrophin, a hormone released in early pregnancy) can help, but it’s not the answer for everyone.’ The treatment must be started as soon as the pregnancy is confirmed, at around four or five weeks.

Around 20 per cent of recurrent miscarriers suffer from lupus or a similar auto-immune disorder that causes blood clots to form in the developing placenta.

A simple blood test, which may need to be repeated several times, can reveal whether or not this is the problem.’One negative test does not mean that a women is okay,’ warns Mr Roy Farquharson, consultant gynaecologist who runs an early pregnancy unit at the Liverpool Women’s Hospital.

Often pregnancy can be a trigger for these disorders, so a test should be done as soon as possible,’ he adds.But it can easily be treated with low dose aspirin or heparin injections, which help to thin the blood and prevent blood clots forming – a recent trial also showed that women do equally well on either. ”We have a 70 per cent live birth rate in women treated for these disorders,’ says Dr Farquharson, ‘which is excellent.’

While uterine abnormalities, such as fibroids, can cause a miscarriage, many women have no problems carrying a pregnancy to term. An incompetent cervix can also cause miscarriage at around 20 weeks.

While this can be treated by a special stitch in the cervix, trials suggest it is not particularly successful, although it may delay labour by a few weeks.Gene and chromosomal abnormalities, which can be detected by blood tests, may also cause recurrent miscarriages in a small number of couples.

A procedure known as preimplantation genetic diagnosis can help. After in-vitro fertilisation (IVF), a single cell is taken from the developing embryo and tested for the gene defect. Only healthy embryos are then replaced in the womb.

It is an expensive and stressful procedure – and pregnancy rates tend to be quite low – but for some this is preferable to repeated miscarriages or a genetically abnormal baby.

What is a miscarriage?

The NHS website defines a miscarriage as ‘the loss of a pregnancy during the first 23 weeks’.

Vaginal bleeding followed by cramping and pain in the lower abdomen are the most common symptoms.

The NHS however warns that light vaginal bleeding is relatively common during the first three months of pregnancy, and may not strictly mean a miscarriage is happening.

There may be a myriad of reasons why a miscarriage takes place, and majority won’t have been caused by anything the pregnant person has done.

According to the NHS, it is thought most miscarriages are caused by abnormal chromosomes in the baby which pose risks to its development.

What happens during a miscarriage?

An ultrasound is, in most cases, the way to determine if someone is having a miscarriage. Once this is confirmed, the doctor or midwife will discuss your options for managing the end of the pregnancy.

According to the Miscarriage Association these are: ‘natural (waiting for nature to take its course), medical (tablets or pessaries to start or speed up the miscarriage process) or surgical (removing the remains of your pregnancy, under general or local anaesthetic)’.

Pregnancy tissue will naturally pass in one or two weeks but at time medicine or minor surgery may be given to assist this.

The Miscarriage Association advises that there is no guarantee the remains of your pregnancy will be treated as you want them to be unless a request is made.

Guidance for health professionals issued by the Royal College of Nursing advises that the parents’ wishes should be taken into account, and that hospitals should offer arranging a cremation or burial.

Alternatively, it recommends the parents should be able to take the remains home to make private arrangements, and be given time to make a choice.

However, unless this is specified to a professional, some hospitals may still simply treat remains as clinical waist.

If a miscarriage takes place at home, or outside a medical facility, The Miscarriage Association says it’s possible you may pass the remains into the toilet – it could look like a ‘pregnancy sac and/or the fetus – or something you think might be the fetus’.

The association says many flush the toilet automatically, whilst others may choose to remove the remains to examine them.

The parent may wish to bring the remains to a hospital or dispose of them at home.

The association advises to contact them for further advice on this.

Can you prevent a miscarriage?

According to the NHS, it doesn’t appear possible to prevent most miscarriages, but there are steps you can take to reduce risks.

Avoiding alcohol and using drugs while pregnant may help, alongside being a healthy weight prior to pregnancy, eating healthy, and reducing risk of infection.

Cigarette smoking does increase the risk by a third.

High impact sports such as horse riding and road running may be unwise if you have a history of miscarriage.

While resting won’t stop a miscarriage, walking around won’t encourage one, either. Around half of all women who have bleeding and pain in early pregnancy go on to miscarry, and there is nothing they can do about it.

How common are miscarriages?

Many miscarriages go unreported because they are often managed at home.

But it is thought that as many as one in six pregnancies end with losing the baby.

Lots more occur before a person is even aware they are pregnant.

Losing three or more pregnancies in a row – known as recurrent miscarriages – is uncommon but still affects around one in 100 women.

The NHS advise stresses that advice, support groups, counselling and charity groups are available after this often emotionally turbulent experience.

The website even suggests it may be beneficial to have a memorial for the lost baby.

Aspiring parents may begin trying again as soon as symptoms have settled and they feel emotionally and physically prepared.

It adds: ‘It’s important to remember that most miscarriages are a one-off and are followed by a healthy pregnancy.’

You may choose to take time off work if you are ill as sick leave, and also have a right to ‘pregnancy related leave’ after a miscarriage, which is recorded separately.

It is advised to avoid having sex until bleeding has halted to reduce infection risk, but after that you may choose to try and get pregnant again if ready.

When should I see a specialist?

You should see a specialist for tests if you have had three or more miscarriages in a row.

Blood tests check hormone levels, thyroid and liver function; they can also check for diabetes, lupus – a blood clotting disorder that can cause recurrent miscarriage – and if either partner carries a chromosomal abnormality.

An antibody blood test may be performed to see whether the woman is allergic to her husband’s DNA, a less common cause of recurrent miscarriage, while an ultrasound scan of the uterus checks for abnormalities. But, often, there is no reason, and couples are advised to simply keep trying.

For more information, visit the NHS and Miscarriage Association websites.