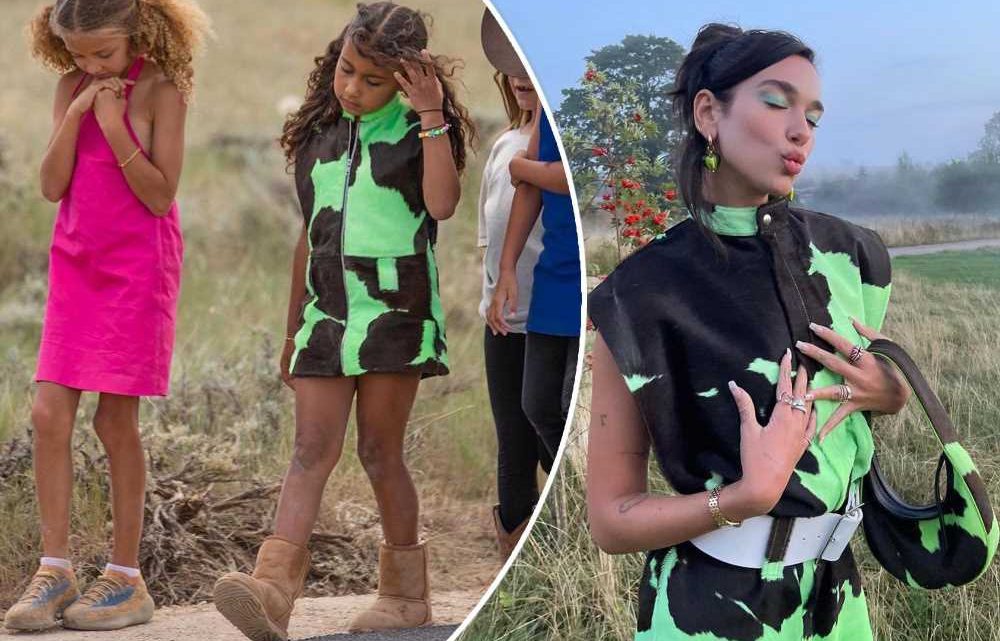 Talk about a style for the ages.

The cowgirl-inspired style is a runway look from designer Mowalola Ogunlesi’s brand Mowalola, a label favored by both the “Levitating” singer and the Kardashians.

While the pop star’s dress features a snap closure and an open back, West’s seemingly custom version instead included a zipper up the front.

Lipa sported the style for a countryside photo shoot, captioned “The Simple Life,” adding a touch of glamour to the look with a chunky white belt, a matching Mowala purse and tall Dora Teymur leather boots ($756).

West, daughter of Kim Kardashian and Kanye West, opted for a cozier take on the brown and green dress, pairing it with a pair of Ugg boots for her party in Wyoming last June. Her parents– who have since split – matched in their own Mowalola leather looks for the occasion.

Although it seems Lipa has yet to address her and West’s matching moment, the viral Instagram account Nori’s Black Book, a North West parody account, commented, “She didn’t stand a chance,” on a split photo of the stars. 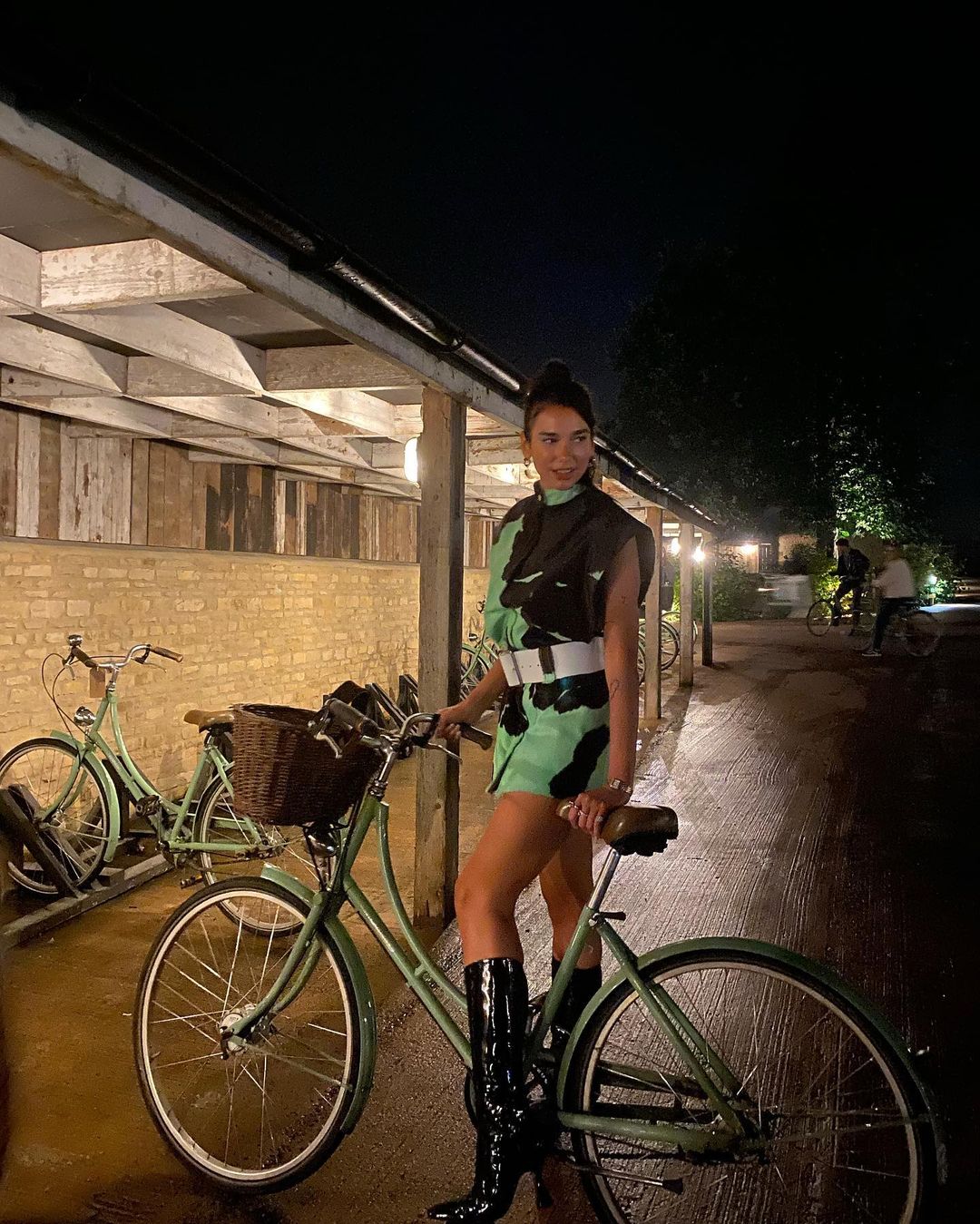 It’s not the singer’s first time wearing pieces from the British-Nigerian designer; For her own birthday on Monday, she teamed a sheer bra and suit with one of the label’s faux fur hats.

And it seems she’s been sharing style cues with the adults in the Kardashian family, too: She and Kourtney Kardashian, 42, both sported the same teeny bikini on the Fourth of July this year.

However, Lipa isn’t the only star to be bested by North, either. In 2019, Kendall Jenner wore a feather Prada shirt just a few days after her niece wore the same design first, sparking speculation that the model simply borrowed the look. However, Jenner set the record straight and admitted that she purchased the look without knowing Nori owned it first.

“I would borrow clothes from North,” Jenner said. “She is stylish. She dresses herself.”