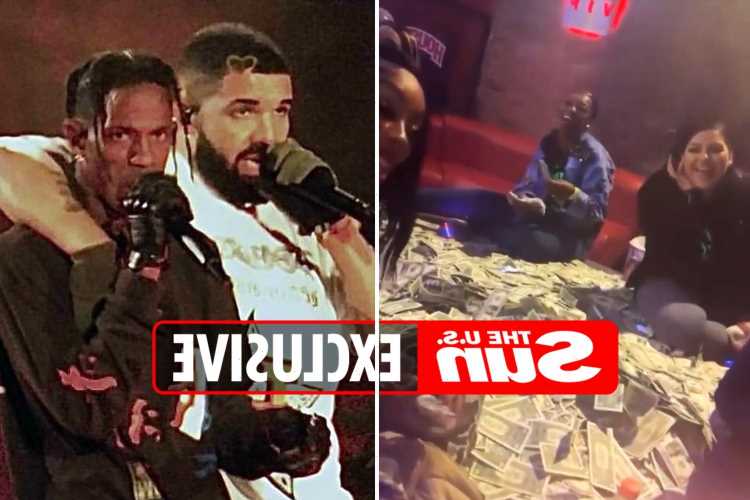 DRAKE went to a strip club with his crew for a private party a day after the deadly Astroworld disaster – which saw nine killed and around 100 injured, The Sun can confirm.

In deleted posts seen by The Sun, dancers are filmed surrounded by cash at Area 29 in Houston, which was set to host the official after party for Travis Scott's event, and the club thanked Drake personally for attending on Saturday. 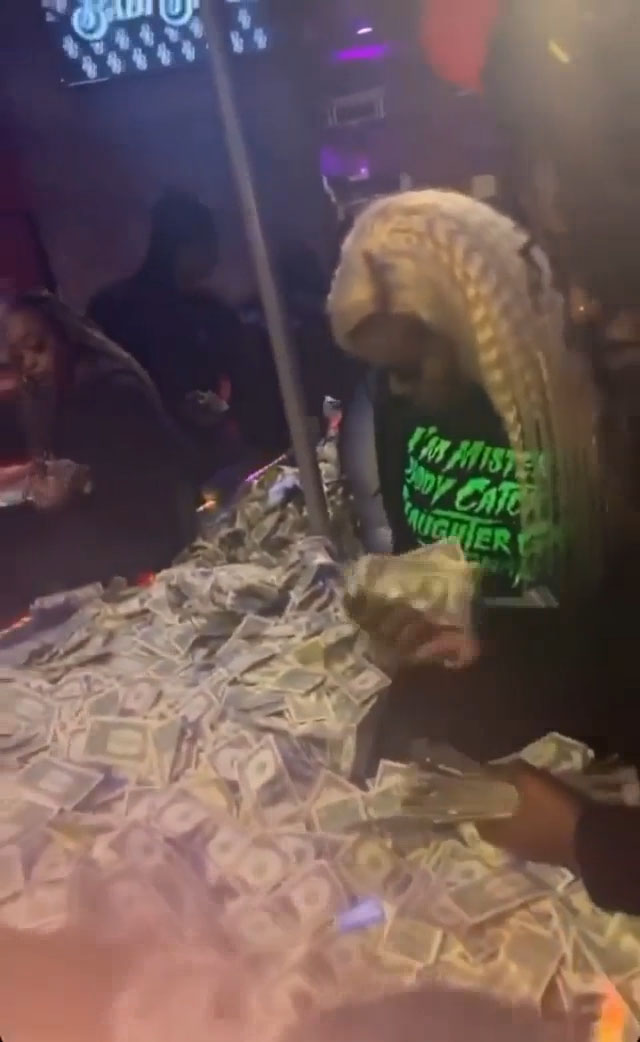 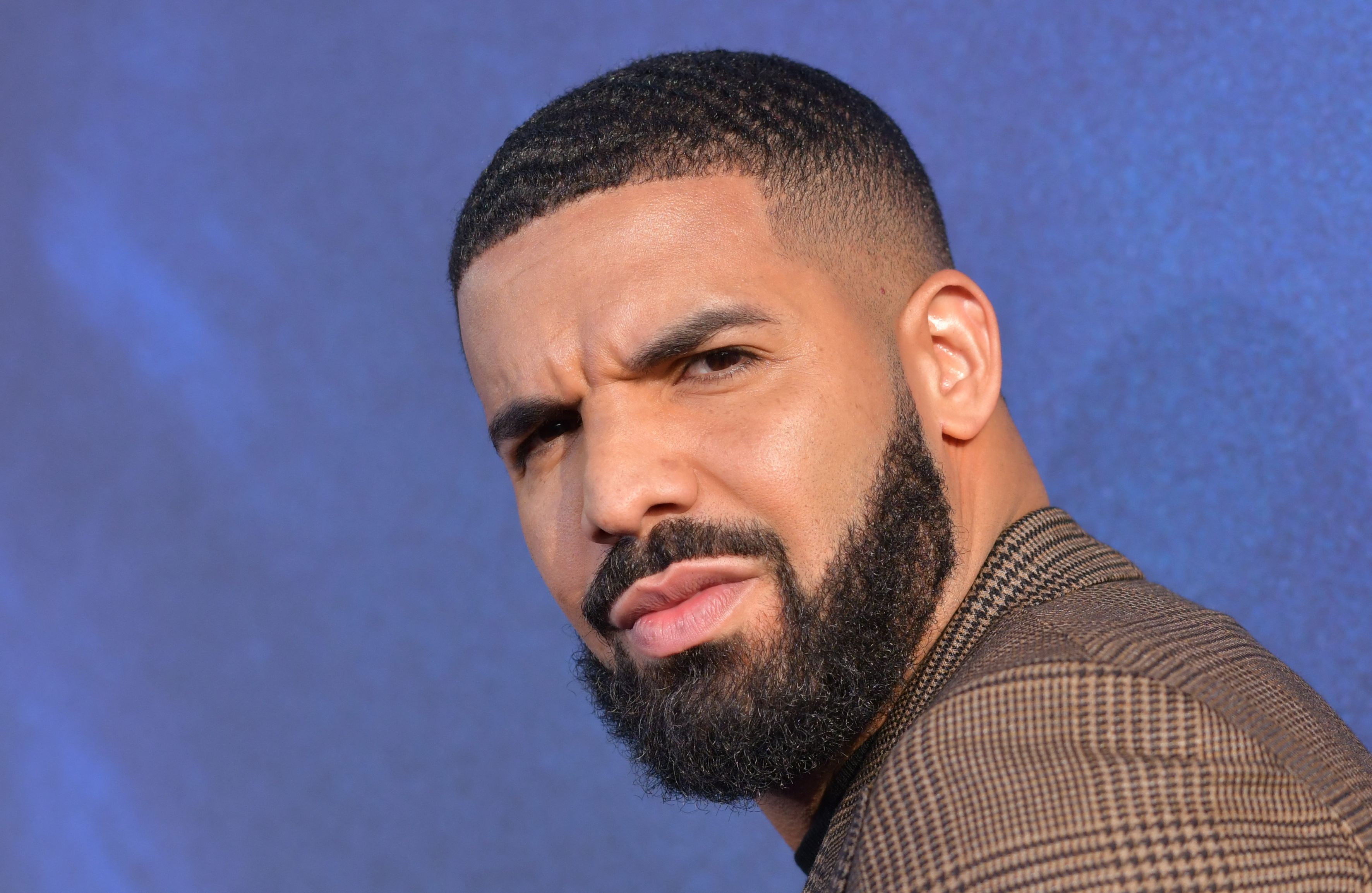 The rapper and his crew are believed to have been staying at the five star Post Oak Hotel, where Scott and pregnant girlfriend Kylie Jenner had also been spotted before the festival.

Scott and Kylie have since been laying low at the pair's $14million mansion in Houston, where lawyers have been seen visiting in recent days – as more than 100 suits have been filed against the performer and organizers.

Instagram shots also show the club's floor entirely covered in dollar bills, with the club sharing: "2 floors covered with money and EVERY DANCER who worked last night went home happy thank y'all for the love and support WE RUNNING IT BACK 2 NIGHT ! @area29htx SUNDAY FUNDAY."

The Sun has reached out to Area 29 and Drake's rep for comment.

Drake is a regular at the club and is believed to have also visited earlier in the week before the tragedy.

One clip, since deleted by DJ Akademiks earlier this week, shows around nine dancers beaming as they count stacks of cash.

While rumors circulated that Drake "dropped at million" at the club on Saturday, the full amount of money the rapper and his team threw down has not been confirmed.

Both Drake and Scott have been named in lawsuits after the November 5 disaster, while both have released statements saying they are devastated by the loss of life.

Drake shared on Instagram: "I've spent the past few days trying to wrap my mind around this devastating tragedy.

"My heart is broken for the families and friends of those who lost their lives and for anyone who is suffering. I will continue to pray for all of them, and will be of service in any way I can. May God be with you all."

Fans have since slammed the star for going to the strip club less than 48 hours after the tragedy to party with pals.

One wrote on Twitter: "Drake pretending to be grieving on Instagram despite being at the strip club the day after the concert."

Another shared: "So @Drake can drop a milli at a strip club but can't help the families who are affected from the sh** show that happened at Astroworld!?! Smh."

"Strip club after people died, and some are brain dead or traumatised.. yhhh drake is f***ed," a third added.

Travis is not believed to have been with Drake at the club, as sources told The Sun he has been "in tears" since the tragedy and working with his team to support the victims.

In a statement to The Sun, his reps said: "Over the last week, Travis Scott and his team have been actively exploring routes of connection with each and every family affected by the tragedy through the appropriate liaisons.

"He is distraught by the situation and desperately wishes to share his condolences and provide aid to them as soon as possible, but wants to remain respectful of each family’s wishes on how they’d best like to be connected."

He previously rocked up with Drake at a Dave & Buster's after party following Astroworld but left after allegedly hearing about the severity of the situation – and bailed on celebrations at Post Oak Hotel.

Speaking about the after party at Dave & Busters, one source spilled: "My friend ended up going and she said it was celebrities there, real low key, and Drake gave everybody game cards with like 1,000 tokens on them."

A young girl who attended Astroworld became the ninth victim of the tragedy on Wednesday after previously being declared "brain dead."

Bharti Shahani, 22, was in critical condition and breathing through a ventilator following the weekend's festival.

However, according to her family's attorney, she has now passed away.

The electronics systems engineering technology student attended the festival with her sister and cousin and lost each other after the crowd surged to the stage.

"Once we let go of her hand, the next time we saw her, we were in the ER," said Bharti’s sister Namrata Shahani.

"The doctors, they say the chances of survival are nothing, which I have not even spoken to my wife until now. We keep saying we’ll pray," said Bharti's father to KTRK.

The other eight victims who died were between the ages for ages 14 and 27 and have since been identified, while a 9-year-old boy remains in hospital fighting for his life.

At least 23 of the hundreds injured were hospitalized, five of whom were under 18. Eleven of those taken to hospital suffered cardiac arrest, officials said. 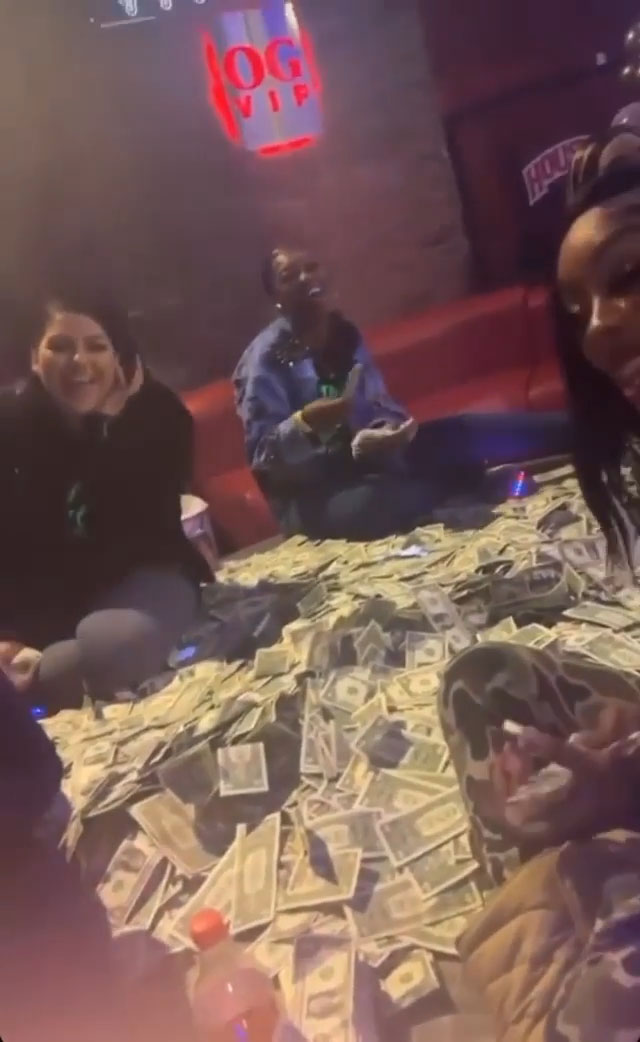 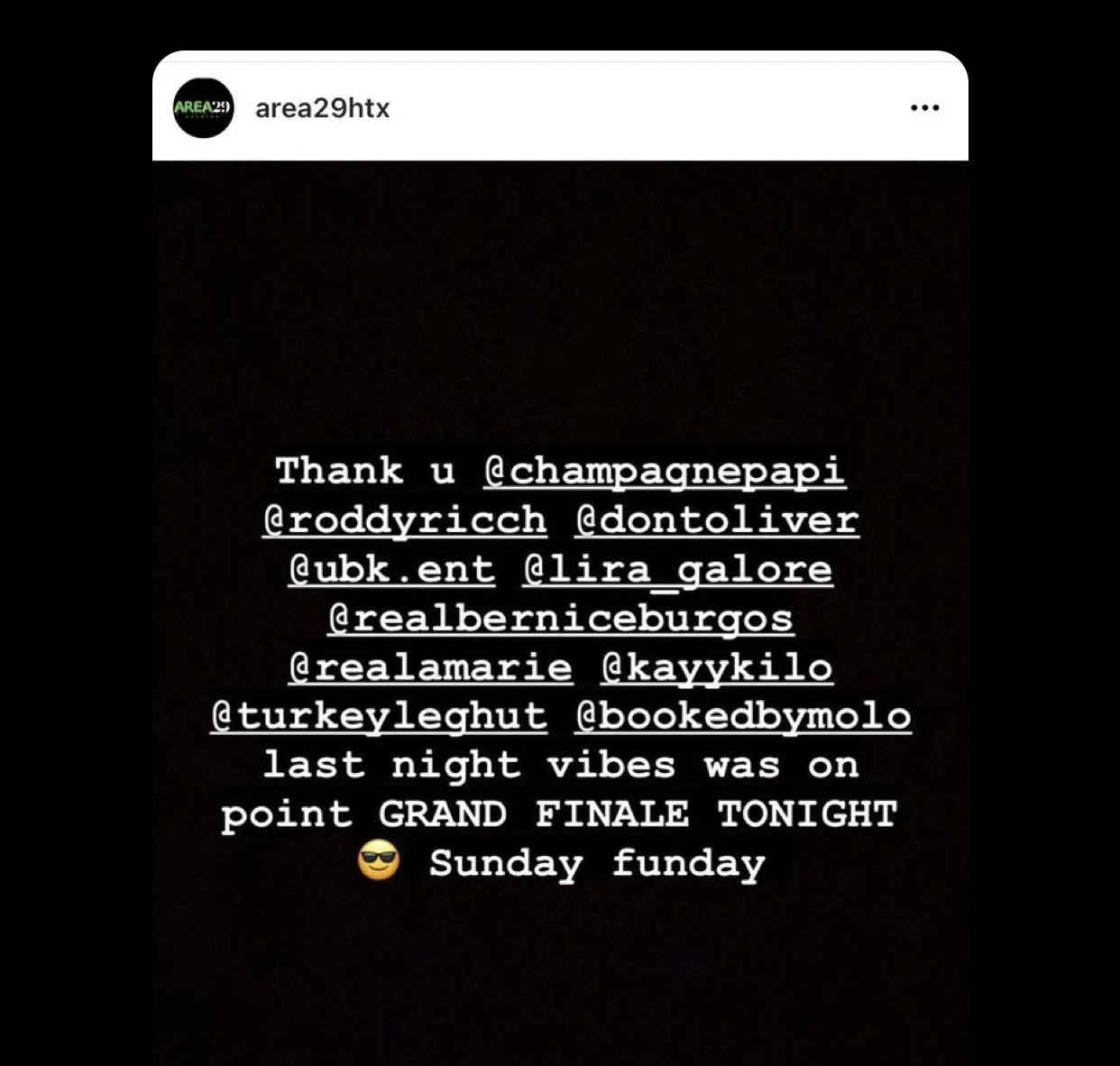 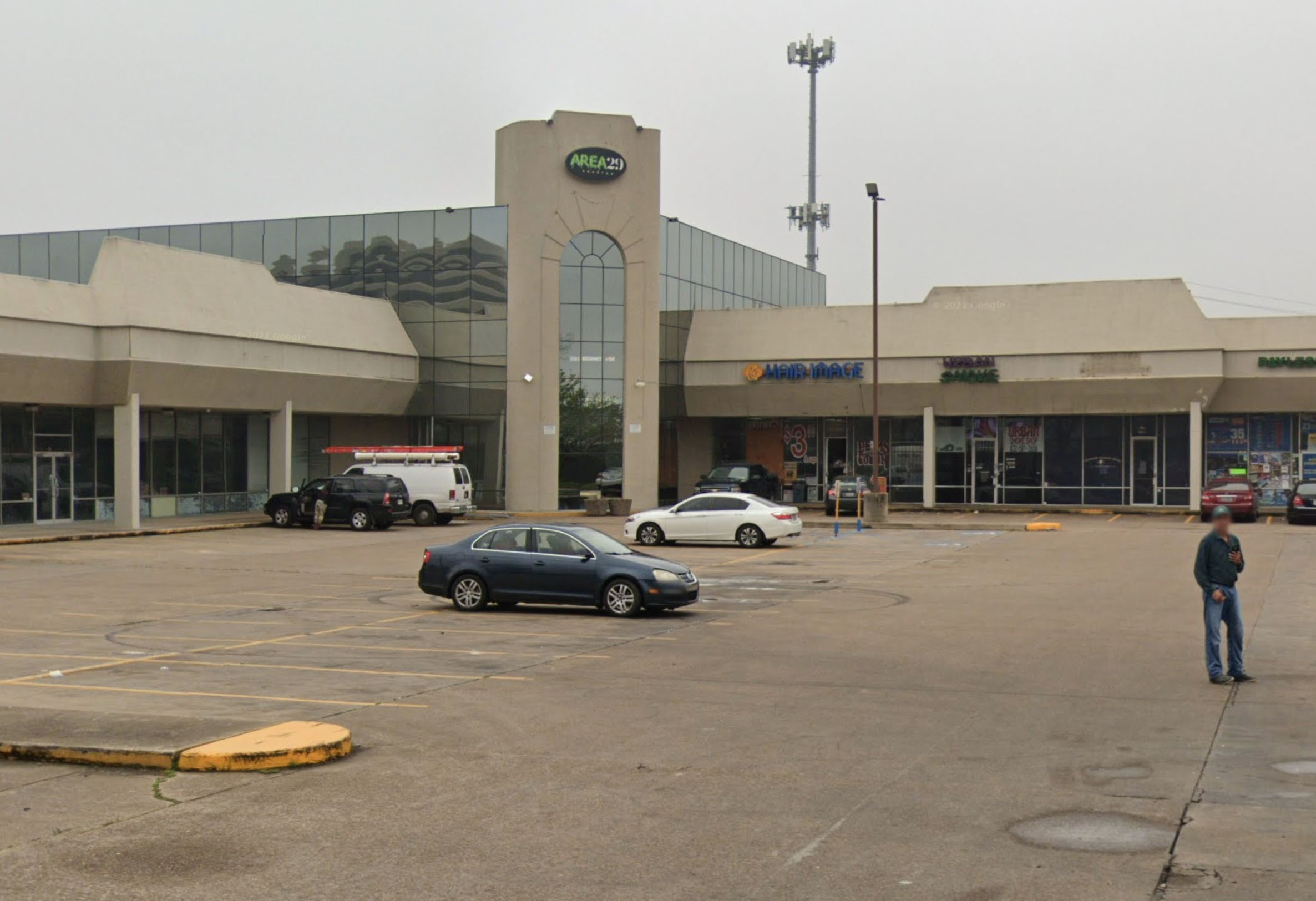 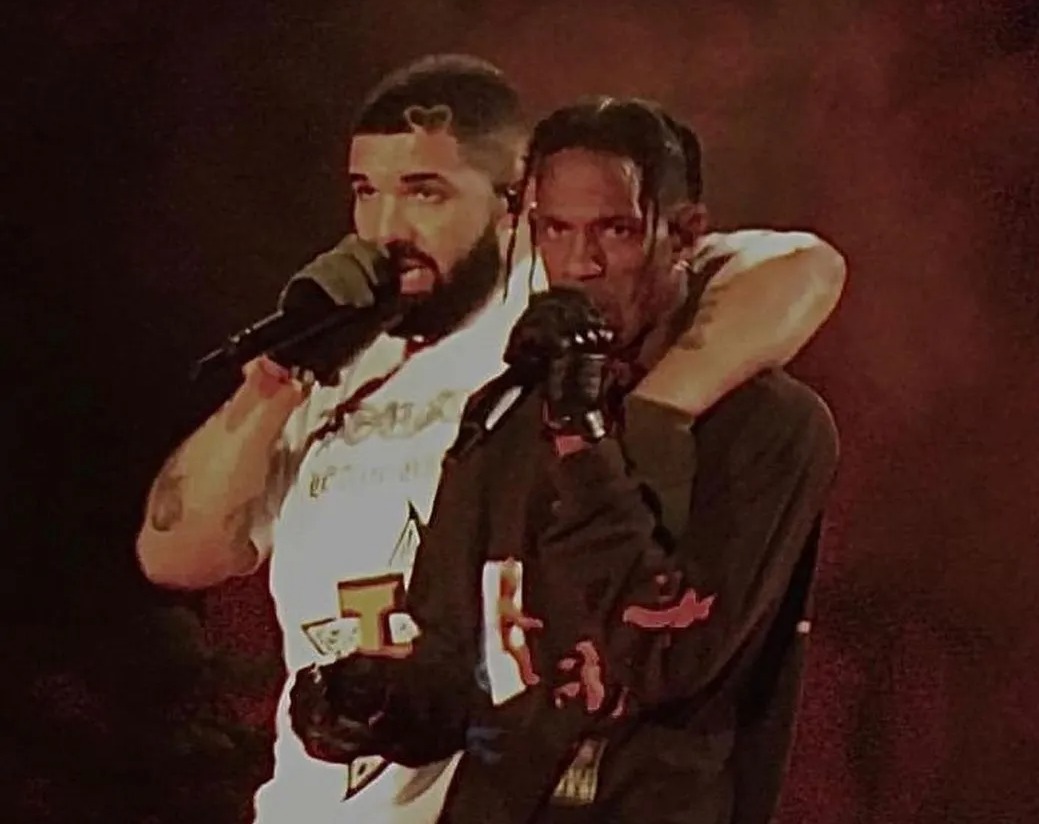 How can Britain cut emissions when the Tory party fetishises travel?