An epidemic of failure: Test and Trace that doesn’t work, local lockdowns that don’t make sense, flu deaths counted as Covid-19… and an economy on the brink. We somehow made a crisis worse, writes Dr JOHN LEE

We have to be realistic: the Government’s Test and Trace policy isn’t working — and is very unlikely ever to.

The debacle at the weekend of more than 16,000 missed cases of Covid-19 simply underlines that. Why last week’s figures were so badly wrong is almost irrelevant. (It was apparently due to a glitch in the spreadsheet software).

Blaming that, however, masks a much bigger issue: Test and Trace is worse than useless.

Rigorous tracing has been effective, we are told, in countries such as New Zealand. But that is an underpopulated island nation at the edge of the world, with strictly controlled immigration.

In Britain, a crowded international hub, we can neither sensibly close our borders nor impose such stringent controls on the population.

This effectively renders Test and Trace unworkable. It can only be worthwhile if it identifies a high proportion of those who have come into contact with an infected person — and right now the figure is very low.

One reason for this is that when the authorities phone to inquire whom we have met in the past seven days, many Britons feel uncomfortable about naming colleagues, neighbours or loved ones. We are not a nation of snitches.

In fact, it appears that 40 per cent of those asked to name their recent contacts were unable to remember anyone. 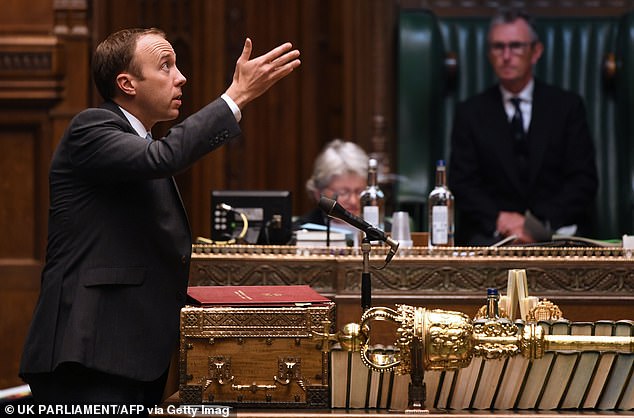 The debacle at the weekend of more than 16,000 missed cases of Covid-19 simply underlines the Government’s Test and Trace policy isn’t working

Are they being medically irresponsible, or are they reasonably shielding friends who, even if they catch it, are overwhelmingly likely to have asymptomatic Covid and can ill afford to endure two weeks in quarantine and perhaps lose their jobs?

The question is muddied even further because the tests on which Test and Trace is based are highly unreliable.

Covid-19 is not an easy infection to spot. Unlike measles or smallpox, which present highly recognisable symptoms, it cannot be diagnosed clinically. Covid is a coronavirus and its symptoms are vague: a cough, a raised temperature, the loss of taste and smell — all of which overlap with the symptoms for flu and the common cold.

It can only be done in a laboratory, it takes time and the results are highly sensitive to variations in the process. In other words, it’s very easy to muck the test up. Added to this, the test has been developed in a rush. Consequently, we don’t fully understand how to interpret the results.

What we do know is that when the procedure goes wrong, it generates a ‘false positive’ result: it indicates an infection where none exists.

Even with long-established tests, we’d expect to see false positives in perhaps one per cent of cases. With this one, it could quite conceivably be 5 per cent or higher.

This means that if 300,000 tests are processed in a day, perhaps 15,000 or more will generate inaccurate reports of Covid-19 infection. With the vastly increased testing done in recent weeks, this could go a long way to explaining the sudden spike of infections. 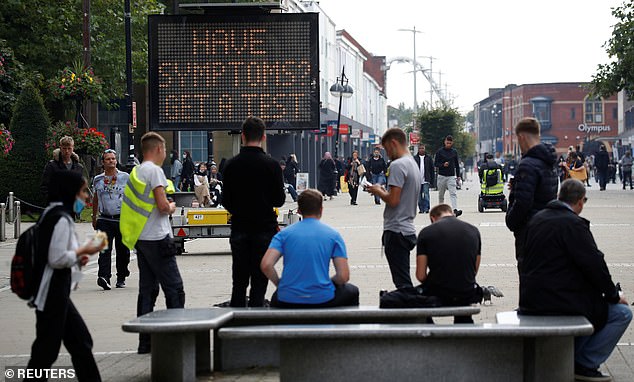 It gets worse, because even the genuine cases of Covid are not all alike. A patient who picks up the disease in hospital, where an airborne virus might circulate for hours in wards, could contract a heavy dose — and we know this is likely to result in a more serious illness.

But someone who comes into contact with the virus outdoors might have only a miniscule dose, yet will still show up as a positive case. One positive is not necessarily the same as another, but the Government numbers don’t differentiate.

This plausibly explains why the sharp rise in reported infections has not been reflected in a corresponding increase in hospitalisations, ventilator use in intensive care units or deaths.

Last week, it was reported that just 1,800 out of 110,000 occupied beds in hospitals were taken up by Covid-19 patients (though it is worth pointing out that hospitalisation rates lag several days behind positive test cases, and deaths several weeks behind).

Yet it is precisely this rise in reported infections that is hobbling the country, preventing the vital economic recovery, throwing vast areas into fear and chaos, and threatening another national lockdown as Christmas approaches.

To call the Government’s response ‘mistaken’ is a colossal understatement.

There is no doubt, of course, that Covid-19 is a nasty disease for a vulnerable subset of people. Yesterday, 33 more deaths were reported in the UK. But that figure tells us little that’s useful because it says nothing about the patients who died. It is likely that they were elderly and suffering from co-morbidities such as heart disease and diabetes.

But it is also possible that they died from something else entirely — such as flu. Certainly, flu and pneumonia cases will be sharply on the rise. At this time of year, doctors expect to see an increase in admissions for all respiratory conditions, and that will include Covid-19.

But the difference with Covid is that it is a notifiable disease. Doctors have to report every case, or face trouble. This is not true of flu, for example. In fact, there is no need for every bout of flu to be recorded, which is why annual figures on outbreaks are so vague.

If a patient is admitted to hospital with a life-threatening influenza infection, then contracts Covid-19 on the ward, he or she might die from the flu, but it’s Covid that will be reported and recorded.

An already inaccurate set of statistics is distorted further.

Trying to extract any sense from these figures is almost pointless, but knowing why they are so unreliable does at least help to explain why Oldham, for example, has seen the alleged infection rate double despite being in lockdown for six weeks. 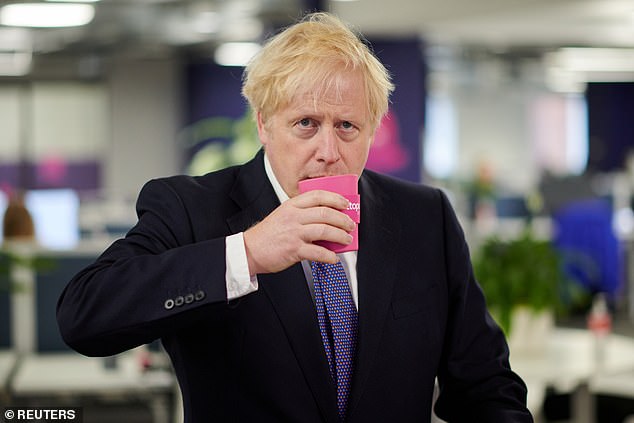 We are told by Boris Johnson that we face a ‘bumpy’ winter. By this, presumably he means countless jobs at risk and terrible consequences for the mental health of millions

There’s no way of saying why Wolverhampton, with 56 weekly cases of Covid per 100,000 of the population, should be in lockdown, when the town of Barrow-in-Furness has twice that rate and is not. It’s muddle-headed and ridiculous, but you could say that matches the rest of the Government’s coronavirus policy.

We are told by Boris Johnson that we face a ‘bumpy’ winter. By this, presumably he means countless jobs at risk and terrible consequences for the mental health of millions.

Have his scientific advisers warned him, I wonder, that historically the national suicide rate rises and falls with GDP, worsening at times of economic decline? Right now, we’re looking at the worst economic decline in living memory.

The official justification for this policy of enforced hardship is that, in the near future, a vaccine will be available that eradicates the disease.

I fear that idea is likely to be as unworkable as Test and Trace.

Coronaviruses are as old as humanity. They spread among us when the world’s population was a tiny fraction of today’s billions, when we lived in far-flung villages instead of densely packed conurbations.

They’ve resisted every attempt at a vaccine or a cure. One project to wipe out the common cold was funded for more than 40 years — and got nowhere.

Today’s flu vaccines are less than 50 per cent effective, and there is no chance whatever that a hurriedly developed Covid-19 vaccine could be anything like as good as that.

It’s a bad situation. Relying on meaningless statistics, and employing this hopeless system of Test and Trace, can only make it worse still.