Van Jones ‘blown away’ by Kim Kardashian’s ‘poise and persuasiveness’

At the time, the crowd was chanting something that was difficult to hear. The sideline reporter suggested they were chanting “Let’s go, Brandon!” to support the driver.

But later it became abundantly clear that the crowd was insulting the president by saying: “F–k Joe Biden.”

The in-joke “Let’s go Brandon” became a big thing with Trump supporters, appearing on T-shirts, caps and mugs nationwide. It even became a chart-topping song.

Trump headlined the The America First Policy Institute, at his resort Mar-a-Lago, and spoke for 45 minutes blasting Biden, calling it a “failed presidency.” 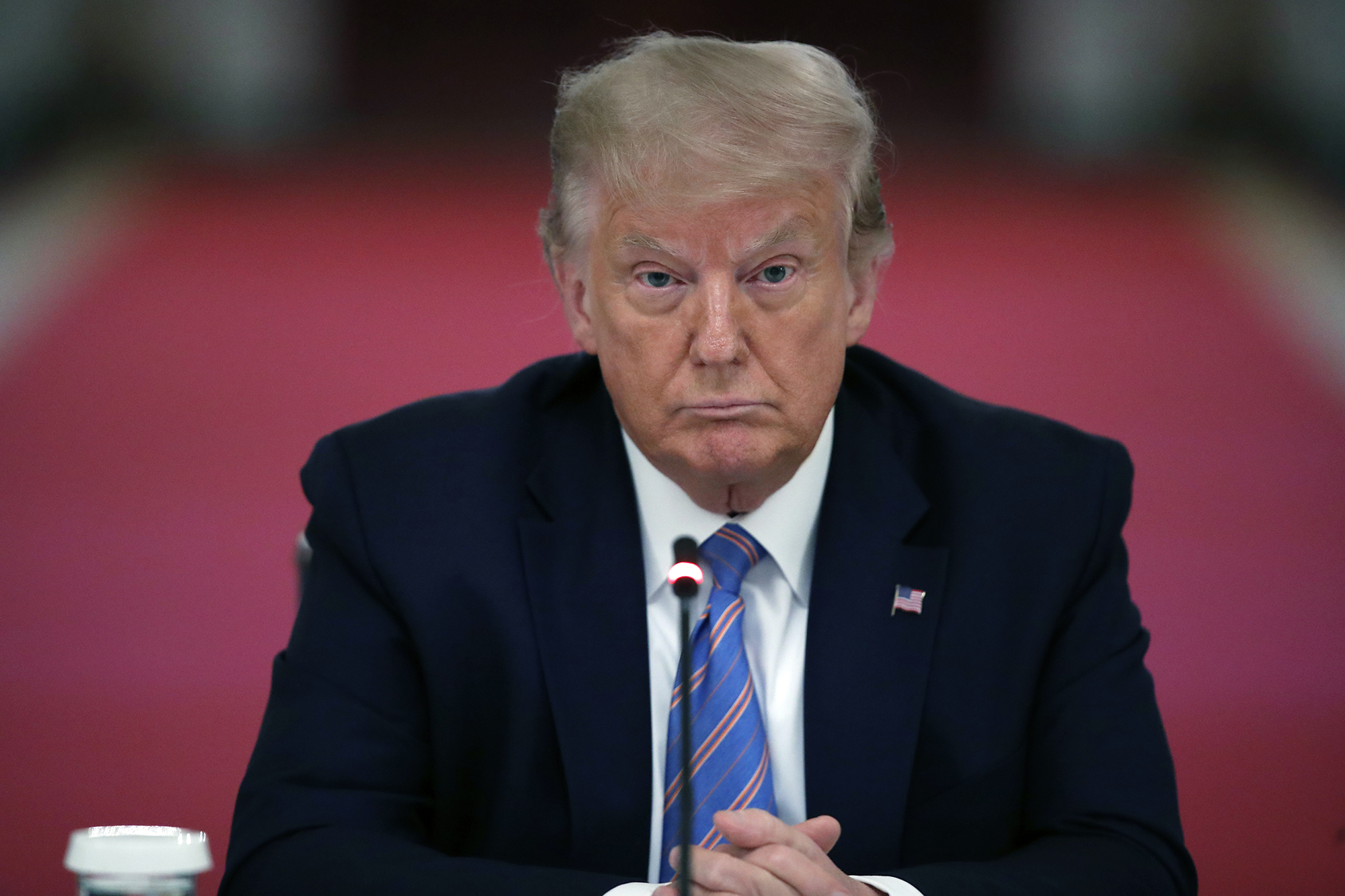 When the crowd chanted “Let’s Go Brandon!” he joked, “I still like the first phrase better, somehow more accurate.”

He added of the NASCAR mix-up by the NBC reporter Kelli Stavast, “I still haven’t figured out was that young, attractive female reporter was she trying to cover up? Or was she being nice? Did she not understand what was happening? She works for NBC. So it’s about 94% sure that she knew exactly what she was doing.

An insider said there was no direct talk from Trump about running for 2024 but the consensus in the room was he would.

Trump added, “We have great great people in our party. But this is a much different party. They even call it the party of Trump and I said, ‘it’s not the party of Trump’. This is the party of all of you in this room, and this is going to long outlast Trump. This is a great thing that we’ve done in a very short period of time.”